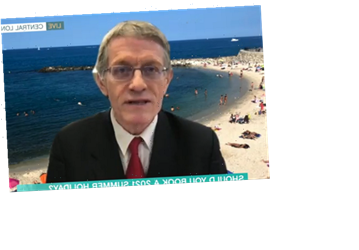 THIS Morning viewers were furious as travel expert Simon Calder encouraged people to book summer holidays against the government's advice.

The travel expert backed the Save Our Summer campaign, which saw over 120 UK travel companies urging the government to allow overseas holidays from May 1. 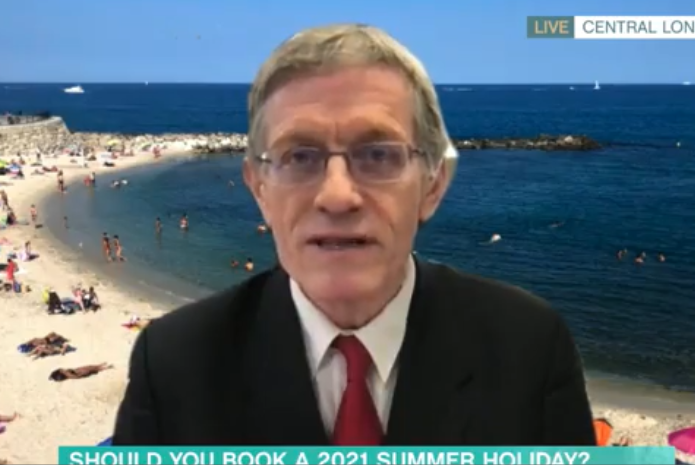 Simon encouraged people to book their holidays – despite the government urging the public not to book for the foreseeable due to the coronavirus pandemic.

He told Eamonn Holmes and Ruth Langsford: "As you know, the government 'we're on the road to nowhere' as the Talking Heads sang in 1985. But Save Our Summer, which is a consortium of all sorts of big businesses, including Trailfinders and EasyJet holidays.

"They say 'we want to be the Boys of Summer' – Don Henley 1984, and therefore we are demanding restrictions – or at least some of them – are relaxed by the start of May, which is when the main summer holiday charter season starts." 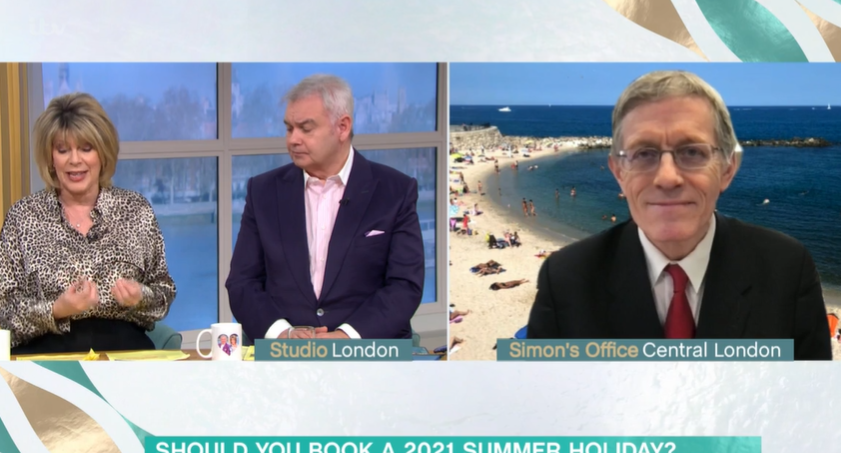 Eamonn suggested to go to a travel agent as they will be more equipped to deal with any changes to the holiday.

Simon reiterated his message in response: "I would urge people who are worried about booking a holiday to go ahead, talk to somebody [travel agent] and get it sorted."

He said: "I’m afraid it is just too early for people to be certain about what we will be able to do.”

He added: “I understand why people want to make plans now but we’re just going to have to be a little bit more patient.”

Transport Secretary Grant Shapps also told people that they shouldn't book holidays now and to "do nothing at this stage". 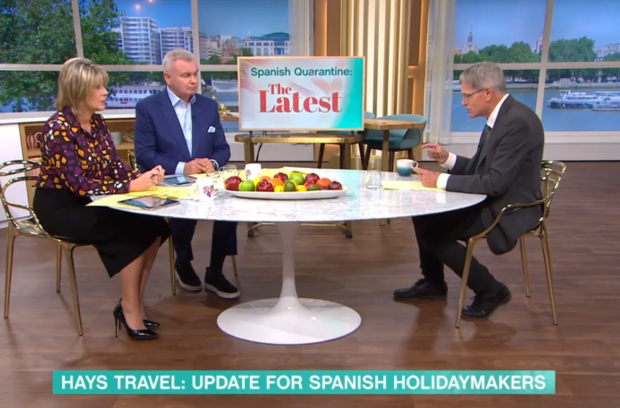 In summer last year, Simon Calder was slammed by This Morning viewers after he was accused of encouraging "non-essential" travel.

Simon told viewers: "Perhaps it's more responsible to be going to Italy and to be going to somewhere with a really low risk, then it is to be staying in the UK."

He also backed the Greek government's decision to open to tourists, saying: "Greece four weeks ago today took the decision, 'we've got to open up to tourism from the UK because frankly our economy depends on it'.

"One point I do agree with is the journey. That is the only part that there are concerns about."

One person said: "Very irresponsible of U #ThisMorning to constantly give airtime to Simon Calder, advocating travel all over the place & boasting about the places he’s been to recently."

Another added: "I see Simon Calder is back to tell you to cram yourselves on planes and spread the virus far and wide so he keeps getting his good feelings from the travel industry #thismorning."