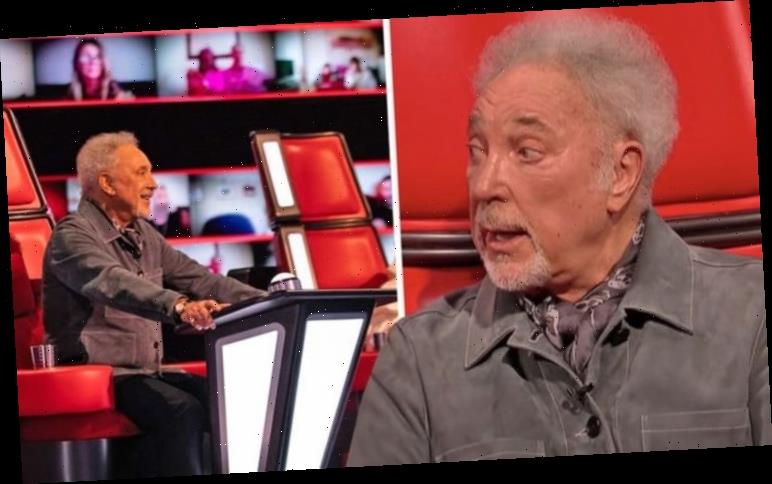 The Voice UK returns with another round of the blind auditions tonight as the four judges; Sir Tom Jones, Anne-Marie, Olly Murs and Will.i.am battle it out to press the all-important button which spins their chairs around. In a preview clip for tonight’s instalment, Tom is seen discussing a message he received off a member of the virtual audience.

This year’s edition of The Voice UK is different in many ways – including the absence of a live studio audience due to the coronavirus pandemic.

Nevertheless, the show is going ahead – and to great success – as ITV has included a virtual audience for the audition process, meaning fans can sit in the comfort of their own homes and take part.

But this does mean the audience members can’t participate in rapport with the judges or request them to sing at any given minute.

Instead, they have to come up with creative and ingenious ways to get their attention. 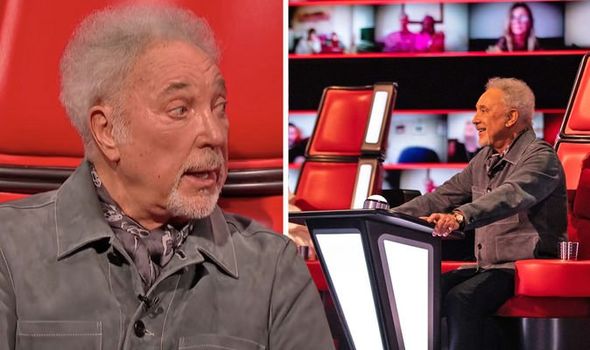 We will use your email address only for sending you newsletters. Please see our Privacy Notice for details of your data protection rights. Tom Jones speaks out as tearful display on The Voice UK airs

Later this evening, one member of the public is spotted holding up a sign for Tom.

On the piece of paper there is a special message for him which reads (backwards) “Has Tom got TikTok?”

Olly notices the question and asks his colleague: “Have you got TikTok Tom?”

He replies: “Yes… right here,” he added pointing at his watch. 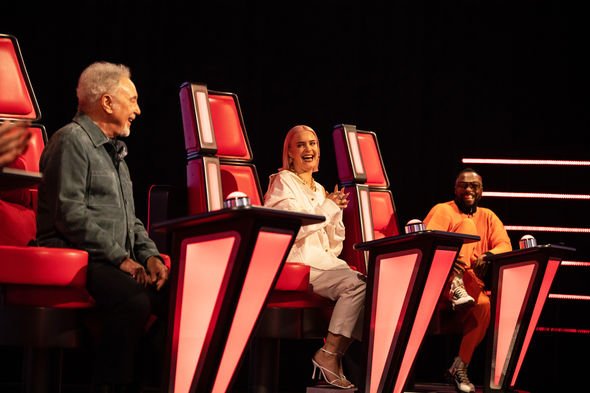 According to Metro.co.uk, Will.i.am who is sitting furthest away from Tom laughs: “That’s a good one.”

As for what the contestants have to do to impress the judges, they each spoke about what they were looking for.

In a clip shared on Twitter, Anne-Marie said: “I’m looking for a great tone.”

Meanwhile, Will.i.am thinks “passion” is the way to win him over. 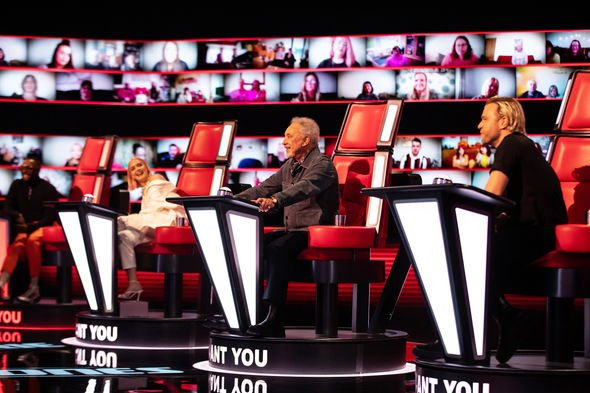 Tom wants “originality” while Olly is looking for the whole package: “I want posters, opera stars, every star!”

So far, it is neck and neck between Tom and Olly for the most victories.

Tom has been a judge on the show since its inauguration and won the very first series with Leanne Mitchell.

He then won series seven with Ruth Olajugbagbe.

As for Olly’s success, he has won the eight series with Molly Hocking and the ninth series with Blessing Chitapa.

Which judge will have the winner on their team this year?

The Voice UK returns next Saturday on ITV.