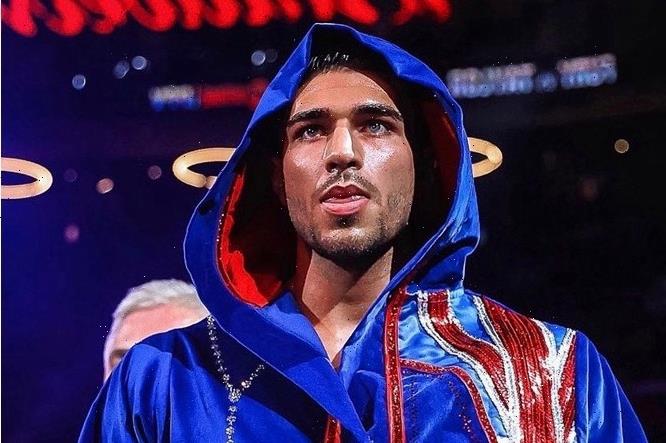 TOMMY Fury gave a sweet nod to girlfriend Molly-Mae Hague during his first big fight in the US.

The boxer, 22, beat American newcomer Anthony Taylor in Cleveland on Monday and paid tribute to Molly minutes before entering the ring. 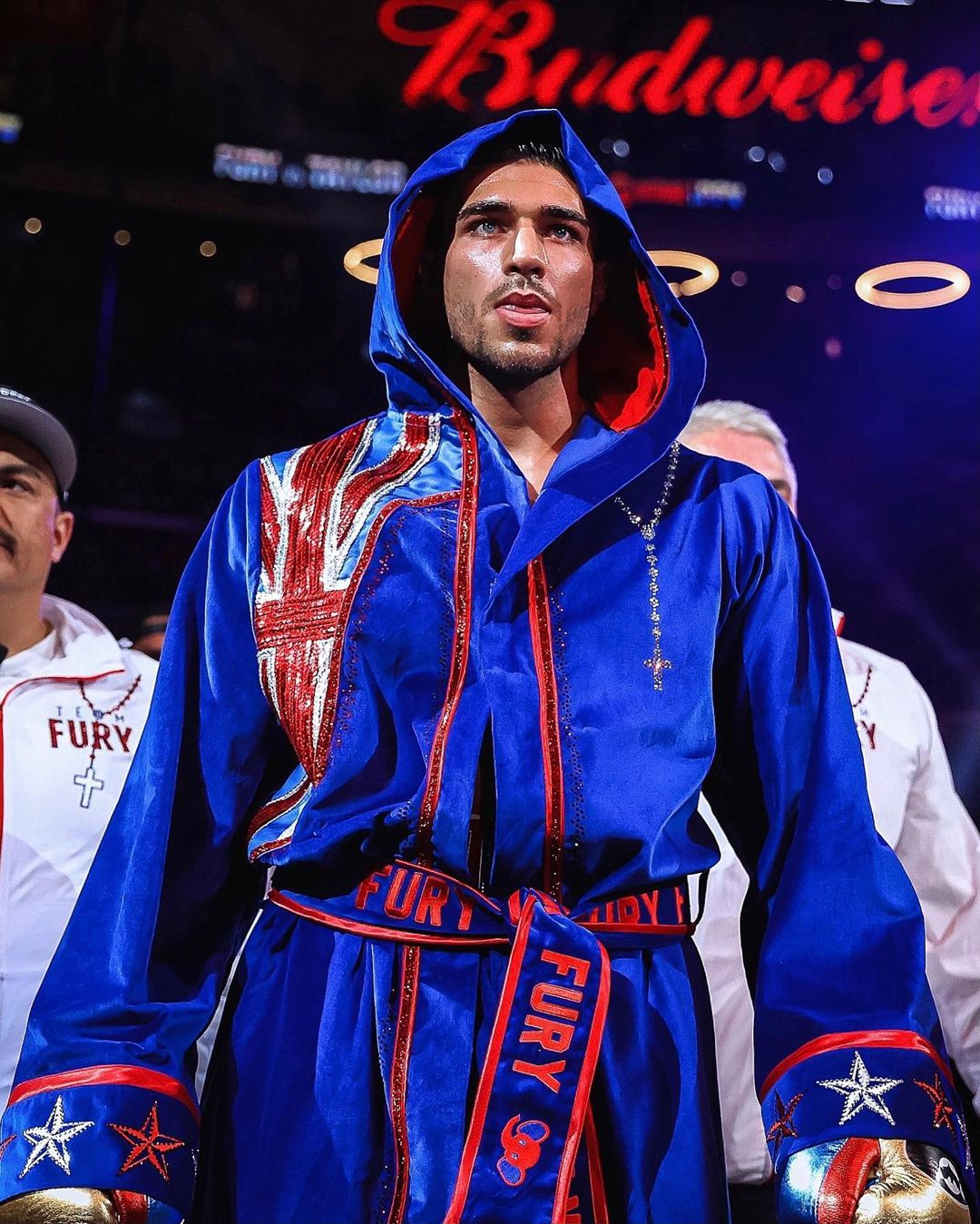 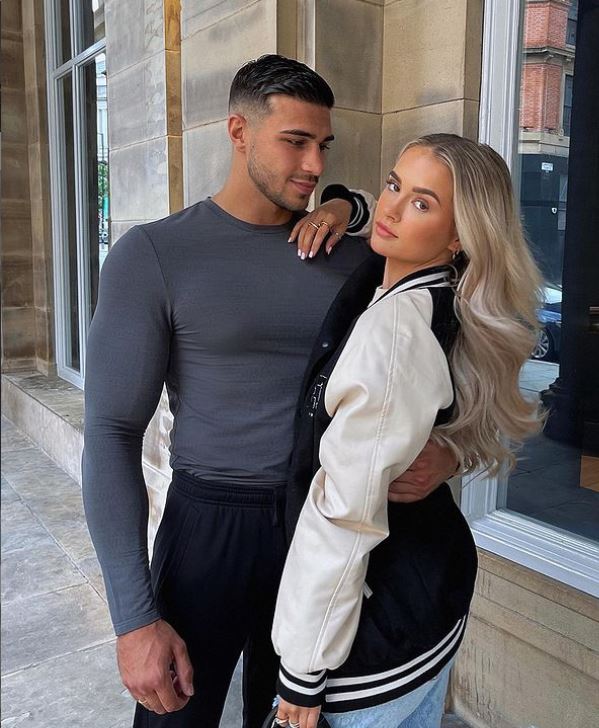 To show his lady back home he was thinking of her, Tommy wore a robe embellished with a little elephant's face.

Molly, 22, took Ellie-Belly into the Love Island villa with her in 2019 and had the comforter by her side as her romance with Tommy blossomed.

An eagle-eyed fan spotted Tommy's touching gesture to his girlfriend and shared a close up picture of it on Twitter.

The image has melted hearts, with one person tweeting: "I can’t believe how cute [Tommy] is. He genuinely loves Molly-Mae so much."

Another added: "Love Island’s most genuine couple. The fact he actually got Ellie Belly sewn into his robe is just magic."

And a third described them as the "ultimate power couple".

Tommy has since shared a picture of himself posing in his robe before his fight with Anthony, writing: "Every boxers dream is to fight in America…. Last night at age 22, my dream came true. Thank you Cleveland."

Molly has since replied to boyfriend's Instagram post, saying: "We are all so proud of you. Our champ."

Sadly, Molly wasn't able to jet off to the States to watch Tommy's debut American fight.

Taking to TikTok, she shared a video of herself onboard a train in England with the caption: "When you're not allowed to go over to America to watch your boyfriend's USA boxing debut." 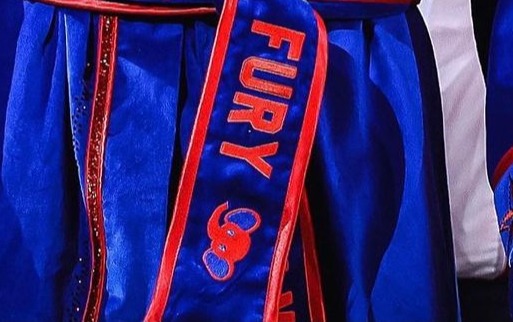 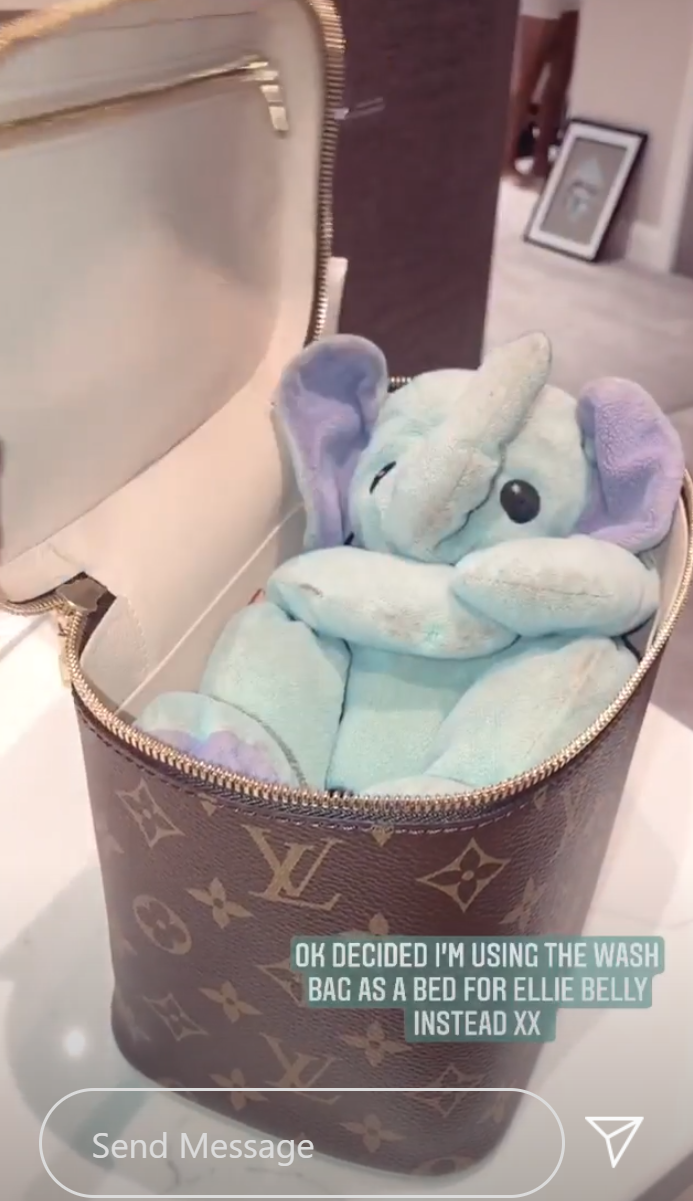 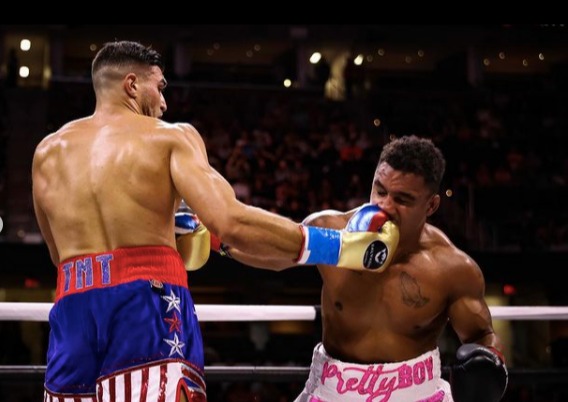 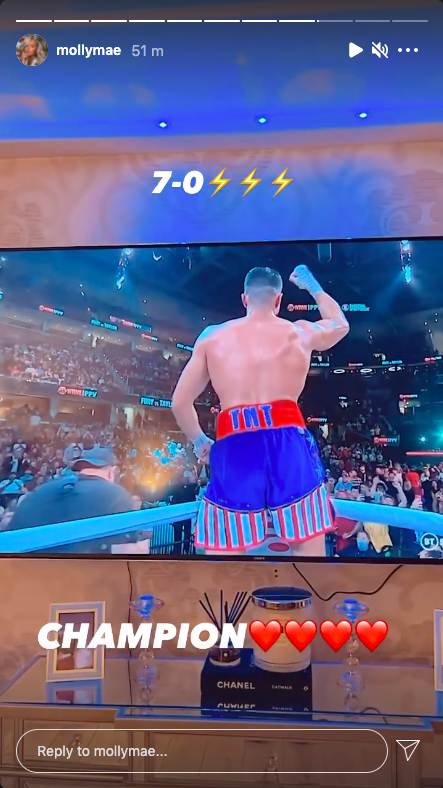