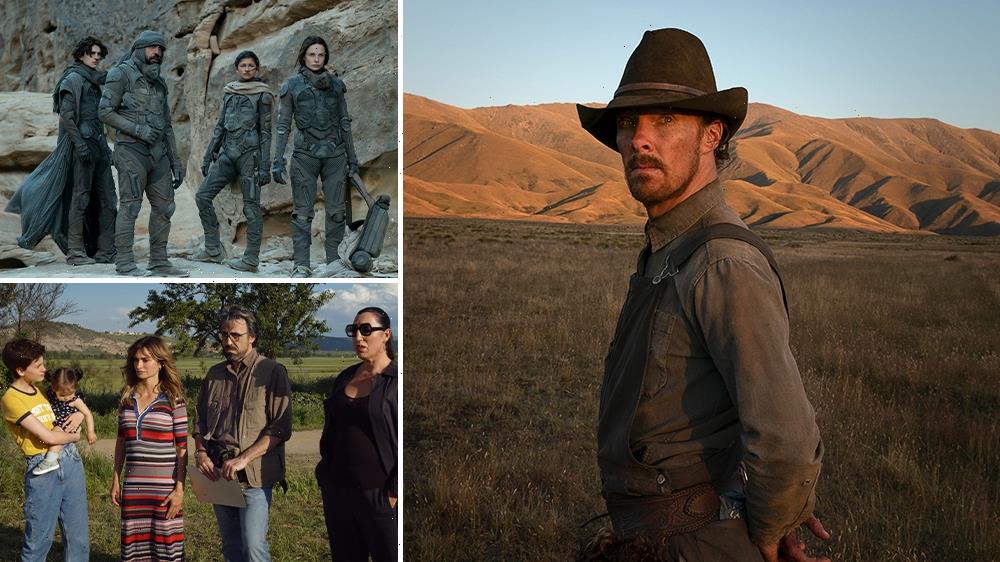 With Toronto, Telluride, Ven­ice, New York and other key fests opening amid an overcrowded field of films postponed from 2020, the acclaim, buzz and dis­tinction festivals bestow on award contenders is more important than ever — especially for spec­tacles such as “Dune,” which lose some impact on the small screen in hybrid streaming/theatrical releases. Yet the surging Delta variant now threatens to derail premieres, star appearances, in-person screenings and the press, the public’s and Oscar vot­ers’ willingness to attend them.

On Aug. 27, the Academy of Motion Picture Arts and Sci­ences postponed all screenings and in-person events for 2021. And on Aug. 30, despite the U.S. having around 60 times as many COVID-19 cases as Canada and a much lower vaccination rate over the previous four weeks, per Johns Hopkins University data, the U.S. State Dept. advised Americans to “reconsider travel to Canada due to [a high level of] COVID-19” there.

“There’s nothing conclu­sive right now, and everyone is not quite sure how to proceed because of the nature of the COVID pandemic,” says Sony Pic­tures Classics co-president Tom Bernard. “Telluride and Toronto have changed what they are going to do dramatically in the last few weeks, putting in a lot more proto­cols. The New York Film Festival is to be determined — what are they and AFI Fest going to do? Running a festival is like trying to [control] an oil tanker. You can’t just stop it, [and most events] don’t have festival insurance where you can say, ‘COVID shut us down, we gotta get paid.’ It brings up a lot of questions that are really difficult to answer.”

It wasn’t supposed to be this way. Several events such as Tel­luride and NYFF were planned with in-person-only screenings after the CDC declared in May that fully vaccinated people didn’t need to wear masks at most public indoor gatherings. And even at fests designed with both online and in-person screen­ings including TIFF, AFI Fest and Mill Valley, studios focused on the chance to get awards voters back into auditoriums. “Festivals such as TIFF bring together critics, press and audiences, in the case of premieres, in one room, to see the film on a big screen,” says pub­licist Tony Angellotti, who reps Universal and animated Disney and Pixar contenders. “That is the ideal: the communal sharing of an undiscovered film, especially after a year and a half of the pan­demic, when links and streaming dominated our viewing habits.”

But in late July, the CDC rec­ommended that even fully vacci­nated people should wear masks in public indoor settings in areas of substantial or high COVID transmission — which now includes almost all of the U.S. — and more local restrictions have fol­lowed as cases have risen. Several fall theatrical releases have been moved back over Delta variant concerns, including “Clif­ford the Big Red Dog,” which can­celled its TIFF premiere and Sept. 17 theatrical bow.

Even if fests do proceed as scheduled, the number of artists and press members who’ll attend is an open question. During its Sept. 9-18 run, TIFF will have in-person red carpets and awards for scheduled guests Ben­edict Cumberbatch (promoting “The Power of the Dog” and “The Electrical Life of Louis Wayne”), Jessica Chastain (“The Eyes of Tammy Faye”) and director Denis Villeneuve (“Dune”). “These actors’ performances should be part of awards conversation, and [‘Dune’] is incredible,” says TIFF co-head Joana Vicente.

But press conferences will be held online, and the area for one-on-one interviews is limited to Malaparte’s rooftop terrace. “Without the celebrity exposure, festivals aren’t as important as they’ve been in the past,” says Ber­nard. “[If] actors have to go back to shoot a movie, they’ve got to quarantine and call the insurance company. People [will be] trying to figure out how to be safe if they want to go to the festival.”

“For us, safety is the most important thing,” Vicente says. “We want to make sure that audiences, talent and our inter­national guests will be safe. That means we will have 50% capacity in cinemas so there can be social distancing. We also have manda­tory masking, and we’re requiring people to show proof of vaccina­tion or a negative test.”

She notes that “there have been a few cases where actors are not being released from their produc­tions, but there are other cases where the productions said it’s OK to travel to Toronto.”

Adds TIFF co-head Cameron Bailey: “The world still is being impacted by COVID, but the job of a film festival hasn’t changed. We’re here to raise awareness for films of very high quality.”

In-person screenings are still the goal for filmmakers such as Todd Haynes, whose acclaimed Cannes rockumentary “The Vel­vet Underground” is at Telluride, NYFF and other fests before debuting on Apple TV Plus and in select theaters Oct. 15. “It was invited to [NYFF] last year, but I decided to wait till they had more of a theatrical component [because “Underground”] is a particularly vibrant experience, musically and visually,” Haynes told Variety in June. “[COVID led to] the problem of too much [industry] activity, so it distorted the normal way that productions get distributed throughout a year. Now they are all competing for the same fall slots. It’s affected what we thought the fate of theat­rical life and festival life would be.”

“Our goal is to support the the­atrical exhibition of films,” says AFI Fest director of programming Sarah Harris. “We’re going to try to supplement it with online com­ponents [such as Q&As]. That’s an ongoing conversation between now and November.”

Though Golden Globe nominations and awards aren’t a huge factor in influencing Oscar noms, the cancellation of the 2022 ceremony has increased festivals’ importance in drawing attention to some films. The absence of its best musical or comedy award makes publicity and reviews for musicals such as the AFI Fest opener “tick, tick… Boom!,” TIFF opener “Dear Evan Hansen,” Telluride and Mill Valley entry “Cyrano” and (if it pops up at the AFI) “West Side Story” all the more crucial.

Awards publicists are strate­gizing ways to lure hesitant press and Oscar voters into theaters. Some are offering private, smaller occupancy screenings timed to a film’s fest release for those who are too uncomfortable, unwilling or unable to travel to the events. Others are directing voters to the online Academy Screening Room, or getting them links to films that haven’t been added there yet (since AMPAS has a new ban on DVD screeners). “Everything’s topsy turvy this year, and strategy is out the window,” says another awards rep. “You have to have not just a Plan B, but a Plan C and D.”

Yet many are still relying on a festival-heavy strategy that brought top honors to the 2019 sleeper hit “Parasite” and 2020 releases like “Nomadland” (winner of the TIFF People’s Choice award, which has helped lead 29 films to Oscar noms): booking slots in Mill Valley, Napa Valley, Palm Springs, Newport, Hamptons and other fests where Academy voters live.

One way around potential new COVID regulations might be to pivot to outdoor screenings. NYFF director Eugene Hernandez says that, in a first for the festival, some screenings of older films (plus an extra showing of “Velvet Underground”) will be held outside in the new Restart Stages at Lincoln Center.

Hernandez is adding virtual Q&As with talent, but decided not to repeat last year’s online screenings. “Because we’re a not-for-profit organization, we have to focus our resources somehow, and we decided to focus on the in-person experience if we could do it safely,” he says. That means NYFF theaters will be filled to 100% capacity, with all staff and attendees fully vaccinated and masked. “We may have to adjust our policies in the days and the weeks leading up to it — it’s a 17-day festival [Sept. 24-Oct. 10], so things could even change during it.”

Mill Valley Film Festival exec director Mark Fishkin, whose event attracts Bay area AMPAS voters, decided to skip outdoor screenings. “It is extremely expen­sive, and [not something] the rights holders feel comfortable with,” he says. Around a third of his slate in the Oct. 7-17 event will be available online.

For streamers such as Netflix and Amazon, festivals are some of the few places where they can distinguish their features, which usually have limited big-screen runs, as theatrical. Theaters are also important to filmmakers like Denis Villeneuve, who was publicly dismayed when “Dune” was offered up with other 2021 Warner Bros. titles as a day-and-date release on HBO Max. He’s insisted that online screening links will not be sent out before its Oct. 22 domestic theatrical opening.

But “Dune” producer and Legendary Entertainment exec Mary Parent, who got an HBO Max/theatrical release in March with “Godzilla vs. Kong,” which grossed $468 million worldwide, is trying to look on the bright side. “We feel very excited about our distribution plans,” she says. “We live in a world where anything can change, but everything feels on track. More so than ever now, no one has a crystal ball as to what tomorrow holds.”