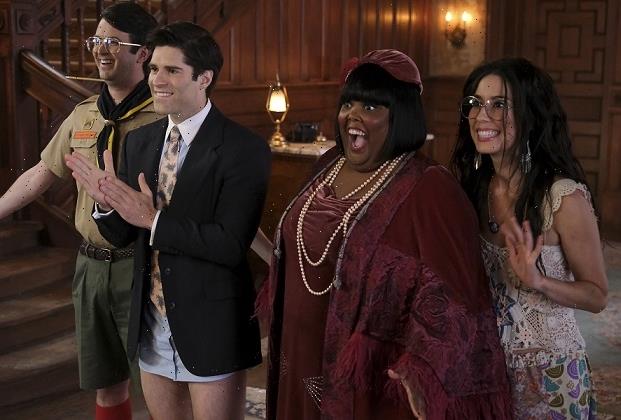 Ghosts is doing a second take on the opening of Jay and Sam’s B&B in a newly released extended trailer for Season 2 of the hit CBS comedy.

Airing Thursday, Sept. 29 at 8:30/7:30c, the premiere finds the husband and wife disagreeing over whether to use their ghostly pals to spy on their guests. Elsewhere in the preview, Thor compares Trevor to Odin (“if Odin’s butt check always visible every time he bend over”); Flower reveals that she slept with a very popular band; Hetty has some strong feelings about the washer; and the basement ghosts get a visitor.

Press PLAY above to watch the sneak peek.

* The 2022 PaleyFest Fall TV Previews, featuring panels for The CW’s Walker: Independence, Hulu’s Reboot, AMC’s Interview with the Vampire and many more, are now available to view on YouTube.

* Netflix has released a trailer for From Scratch, an eight-episode limited series starring Zoe Saldaña, based on Tembi Locke’s memoir of the same name. The drama premieres Friday, Oct. 21.