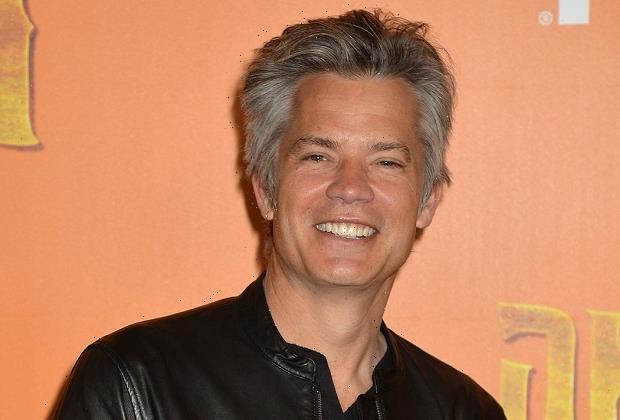 Timothy Olyphant is rocking out with Daisy Jones & The Six: The Justified vet will recur in the upcoming Prime Video musical drama, based on Taylor Jenkins Reid’s novel of the same name, per The Hollywood Reporter.

The series chronicles the rise and fall of a fictional 1970s rock band, with Riley Keough starring as the titular Daisy Jones opposite Sam Caflin as lead musician Billy Dunne. Olyphant will play road manager Rod, on whom it falls to keep the band’s personal conflicts from breaking them apart.

Olyphant’s other TV credits include The Mandalorian, Fargo, Santa Clarita Diet, The Grinder and Deadwood.

* Chord Overstreet (Glee) will play Lindsay Lohan’s love interest in an upcoming Netflix Christmas movie about “a spoiled hotel heiress who gets total amnesia in a skiing accident and finds herself in the care of a handsome lodge owner,” the streamer announced.

* Apple TV+ has acquired the rights to a four-part docuseries exploring the life of NBA legend Magic Johnson, on and off the court, our sister site Deadline reports.

* Fox is developing a U.S. version of the Korean talent-competition series Lotto Singer, in which viewers can win cash prizes by correctly betting on contestants’ performances.

* Hulu has released a trailer for the docuseries The Curse of Von Dutch: A Brand to Die For, premiering with all three episodes on Thursday, Nov. 18: