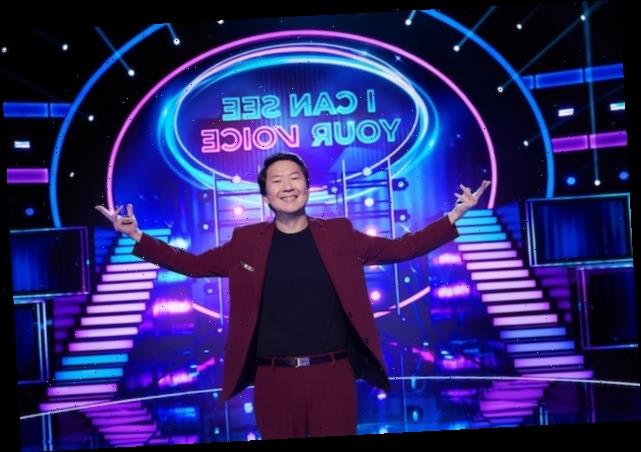 Fox is singing a happy tune, renewing the music guessing game show I Can See Your Voice for Season 2, to air in 2021, the network announced on Wednesday. Ken Jeong will return as host and executive producer, while Cheryl Hines and Adrienne Bailon-Houghton will be back as permanent celebrity detectives.

The program features a rotating panel of celeb guests “to help one contestant tell the difference between good and bad singers, without ever hearing them sing a note. With $100,000 on the line, the contestant will attempt to weed out the bad ‘Secret Voices’ from the good, based on a mystifying lip sync challenge, interrogation and a series of clues.”

* CBS’ new comedy United States of Al, from executive producer Chuck Lorre, will premiere Thursday, April 1 at 9:30/8:30c, following the conclusion of The Unicorn Season 2. The series follows the friendship between Riley (Imposters‘ Parker Young), a Marine combat veteran struggling to readjust to civilian life in Ohio, and Awalmir, aka “Al” (Rules of Engagement‘s Adhir Kalyan), the interpreter who served with his unit in Afghanistan and has just arrived to start a new life in America.

* TBS has picked up the cooking competition whodunit Rat in the Kitchen, hosted by comedian Natasha Leggero and judged by celebrity chef Ludo Lefebvre. Each episode brings together six different chefs in a cooking battle — but one of the chefs is an undercover “rat in the kitchen” who sabotages fellow contestants’ chances to take home the cash prize.