Ulrika Jonsson recently hit back at trolls who criticised her for posing naked in a photograph to highlight the importance of men’s mental health in a new campaign. Ulrika was slammed online with some branding the post as “attention-seeking”. During Tuesday’s Good Morning Britain, Ulrika spoke with ITV hosts Susanna Reid and Martin Lewis about the trolling she received. Although, the interview took an unexpected turn when Martin told Ulrika the photo was just a “publicity stunt”.

Earlier this month, Ulrika shared a naked snap of her in her garden, posing in just a pair of wellington boots.

Alongside the snap, she penned: “To mark us becoming 150k strong on this page, I’m baring myself for @strongmenorguk .

“Text STRONG to 70085 to donate £5 to help men cope with bereavement; open up and talk about grief. 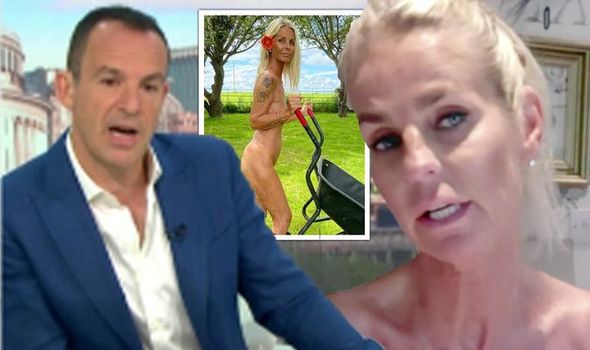 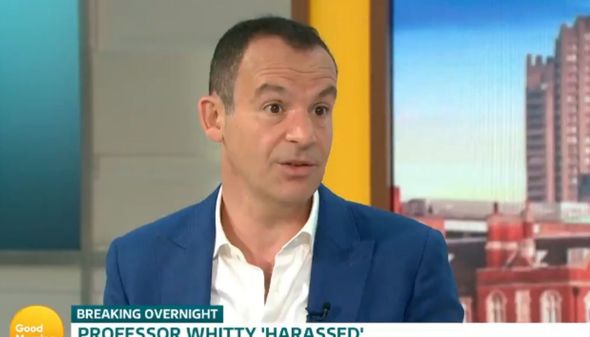 Susanna began the interview by asking Ulrika on what the “purpose” of the photograph was.

“I know you got trolled for it but there was a point to it, wasn’t there?” Susanna asked.

“Yes definitely,” Ulrika replied. “The hash tag was ‘bare yourself’. I think their statistics revealed that 47 percent of men don’t share their real emotions.

“And about a quarter of them really bottle up their feelings, but the whole point of it was to encourage men to bare their feelings and to open up.” 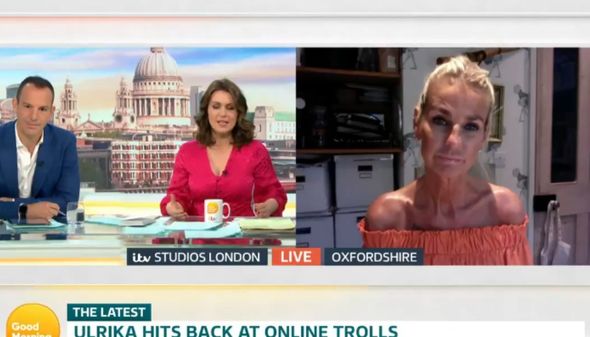 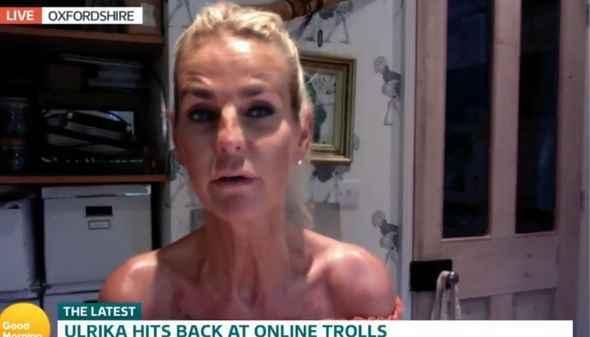 Weighing into the conversation, Martin said: “I’ve been dealing with grief for most of my life and I work with a charity called Grief Encounter that looks after children with grief as I did.

“But ultimately, this was a publicity stunt.

“I don’t say that in a pejorative way, you did this to gain publicity because raising awareness that’s what publicity is.

“Of course, no one should take abuse. No one should have to take people being vile to them.

“But you must accept that some people would want to criticise and say it’s not appropriate.”

Hitting back at Martin, Ulrika explained: “First of all, I have to say that 99 percent of the response I have had was positive.

“Especially as I didn’t use any filters so basically it is, what it is.

“Secondly, it’s a naked body and all of us have one of those.”

Viewers took to social media after the segment and many praised Ulrika for sharing the naked photo.

One tweeted: “Good on her. The trolls want young people naked, that’s all. Go team Ulrika.”

A third said: “Such Haters on here for Ulrika. At least she’s open and lives her life how she wants to live it.”