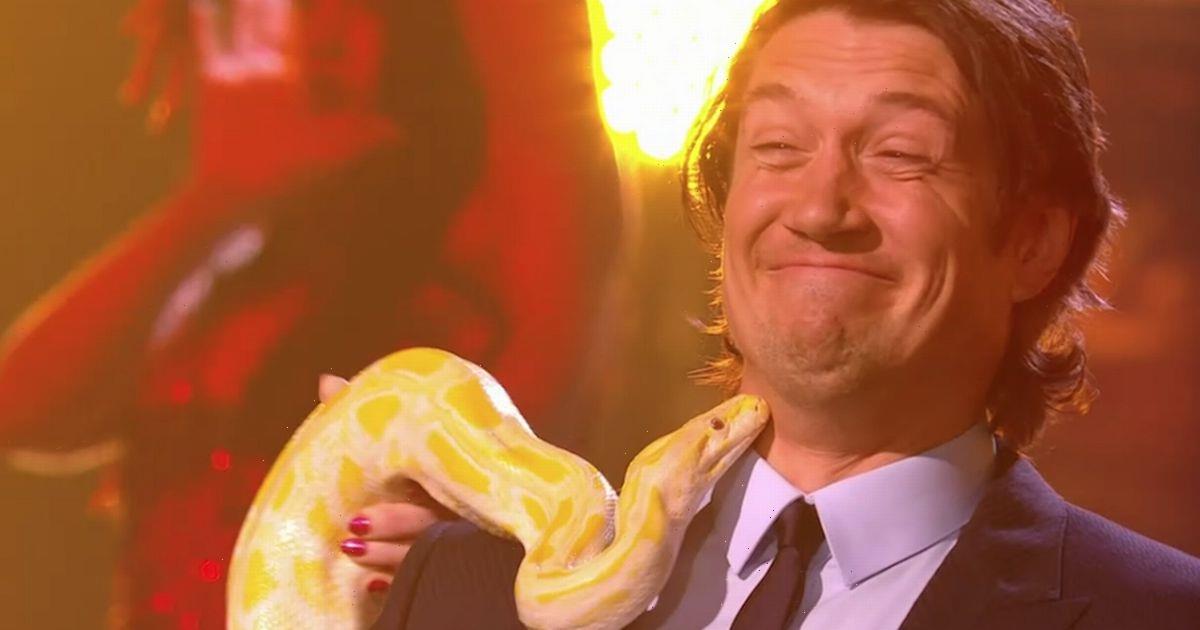 Vernon Kay didn’t know what he was for during tonight’s edition of the popular gameshow Game of Talents, as he was unexpectedly left holding a snake.

The two teams were tasked with guessing the variety of talent acts through a series of clues.

One act during tonight’s show was a snake charmer – but when Nick and Sue guessed correctly, Vernon was suddenly beckoned onto the stage to assist guest Danielle.

Seeming unsure, Vernon hesitated for a second before racing up to help.

The charmer wasted no time in passing her bright yellow reptile to the presenter and he cringed in terror as the creature wrapped itself around his shoulders.

When the moment was over, Vernon couldn’t get back to the podiums fast enough.

“You’d have thought I’m A Celeb would have taught me anything…. but no,” he joked, still trying to get over the scary experience.

Taking to Twitter, fans were in hysterics over the scenes.

“Vernon Kay, with a snake? I bet he feels like he's back on I'm A Celeb! #GameOfTalents,” one person posted.

Another giggled: “Vernon's reaction to the acts gives me life #GameOfTalents.”

Meanwhile, some people were convinced they’d already seen Sue on another game show, but couldn’t quite place where.

“Where have I seen that Sue before? #GameOfTalents,” one fan asked.

Another pondered: “Sue looks familiar. Has she been on an @ITV programme before? #GameOfTalents.”

“Ok sue is iconic #GameOfTalents,” a third declared, followed by: “#GameOfTalents Sue looks familiar I'm sure I’ve seen her on another programme before???”

Game of Talents continues Saturdays at 8.30pm on ITV.