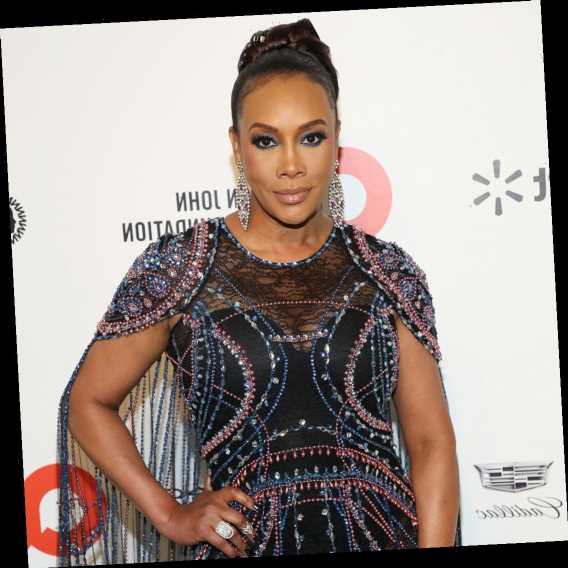 Sometimes, right and wrong are a perfect combination. Case in point: Vivica A. Fox and Lifetime original movies.

In addition to her many beloved holiday movies on the network, Fox has produced a whopping 25 installments in their Wrong movie franchise as of tonight's premiere of The Wrong Valentine. And she's starred in 22 of them!

The franchise kicked off in 2016 with The Wrong Roommate. And tonight's timely film sees Fox as Ms. Connelly, who helps guide a high school senior named Emily (Mariah Robinson) through social situations, including when the new boy in school develops a big crush on her. Is he worthy, or does he have ulterior motives?

To celebrate the milestone, we asked Fox to answer 25 "wrong" questions about life, love, and of course, movies. 1. When have you been in the WRONG place at the WRONG time? I recently was in a car accident and was rear-ended [at] full speed in my brand new Mercedes Benz G-Wagon! I bought it less than a month ago. Wrong place at the wrong time.

2. Can you share a time you knew doing something was WRONG but did it anyway? Having that third drink. I'm usually at a two-drink maximum.

3. A time you followed the WRONG advice: Listening to my girlfriend and taking a job that ruined my relationship with my boyfriend at the time.

7. Marshmallow Peeps: So right, or so WRONG? So right for the children.

9. What's the WRONG snack to tuck into when watching a movie? Extra spicy hot chips.

10. Have you ever worn the WRONG shoes? I went to a stadium concert that had A LOT of walking involved and I wore heels that day. Bad idea!

12. A past outfit that was so WRONG? I was in the movie Batman & Robin, starring George Clooney, and went to the premiere with an outfit that was sheer in the middle, tulle on the bottom and leather across my boobs.

13. A splurge that's the right kind of WRONG: Diamonds!

14. Have you ever bet on the WRONG thing? Yes! This past Super Bowl against the Chiefs and Buccaneers. Horrible Super Bowl!

15. A time you crushed on the WRONG guy: Yes, I crushed on a guy that was married. When I found out he instantly became unavailable in my eyes. 16. A time you picked the WRONG roommate: I had a roommate that would sneak and wear my clothes without asking me!

17. A time you dated the WRONG person: Several times… LOL.

18. Something that made you say, "That's SO WRONG!": The Insurrection on the Capital… SO WRONG!

19. Has there ever been a time you knew you were WRONG but still insisted you were right? No! If I'm wrong, I will always own up to it.

20. Was there a time where you pretended to be WRONG but knew you were right? Yes, I have, for the sake of avoiding an argument with my girlfriend.

21. Can you recall a time you called someone out for being WRONG? Absolutely. I don't like people who lie. One time a girlfriend was exaggerating a story and I had to call her out!

22. Have you ever called someone by the WRONG name? Yes, I'm the worse with names! I meet so many people but I correct it by politely asking again. In some instances, I will have a friend ask for me.

23. Have you ever called or emailed or DM'd the WRONG person? Absolutely! It's the worst ever — be careful when you push send. 24. Do you have a favorite "WRONG" movie? The Wrong Real Estate Agent (pictured above) is my favorite.

25. What makes producing and starring in these "WRONG" movies so appealing? The reason why I LOVE doing the So Right It's Wrong franchise is because the movie titles are so limitless!

The Wrong Valentine premieres Thursday at 8 p.m. ET on LMN.