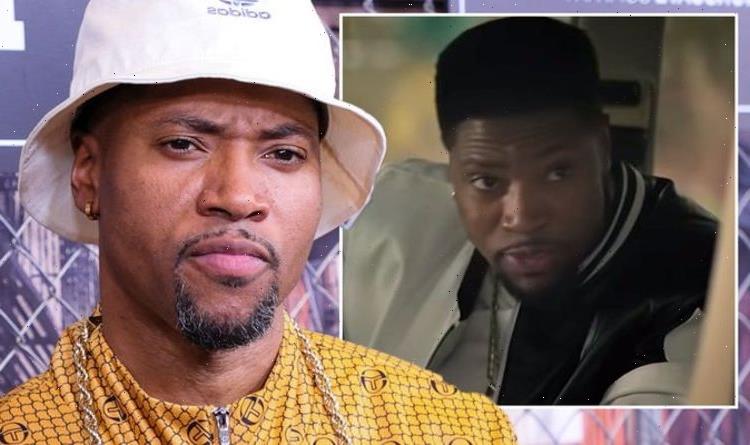 The story of Kanan Stark (played by 50 Cent) was first brought to life in the hit Starz drama Power as fans got to see firsthand the murderous and scheming ways the New York drug dealer operated. In Power Book III: Raising Kanan, viewers will now get to see the environment and people around Kanan (Mekai Curtis) who moulded him into the way he became, learning the ropes of the NYC drug scene in the early 90s. And one such person whose influence has a lasting impact on the teenager is none other than his no-holds-barred uncle, Marvin (London Brown).

Marvin is introduced as the righthand man and brother to drug queenpin Raq Thomas (Patina Miller), Kanan’s mother who not only keep things under control in her own home but also on the streets of NYC.

“First of all, Patina Miller, Tony Award-winner,” Brown began to Express.co.uk when asked by Ray and Marvin’s relationship in Raising Kanan. “She is such a strong leading woman.

“And I’m so glad that there’s a woman leading this show because that says a lot about our producers and being able to show that diversity like that. She does a great job as the captain selling the ship, man.”

Delving into the characters, he continued: “So she plays my youngest sister Raquel Thomas, or better known as Raq on the show, and I’m the older brother.

“The dynamic is interesting because Marvin wants to be the guy calling the shots. But when he was in a position to call the shots, he blew it.

“She has zero tolerance for anything that is going to compromise her work, anything that’s gonna jeopardise her son. And Marvin, he respects her (but) they go at it a couple of times.”

Brown added: “(They) definitely go at it a couple times. But at the end of the day, I think Marvin understands that she definitely is qualified for the job.”

But will Raq face opposition to her reign as queen of New York’s drug scene from her brother as Raising Kanan unfolds?

“He definitely tries to go back to being a top dog,” Brown admitted. “But the most effective way that he tries to do this is by being the top dog in Kanan’s life.

“And so by having Kanan (close) and by giving Kanan rules and orders to execute, that’s how he flexes his power and his authority, through his younger nephew and with the flunkies that are around him.

“He tries to do it with his brother Lou-Lou played by Malcolm Mays, like they’re both heads but as you guys will see, it gets a little interesting.”

The Power Book III star added: “So Marvin is bumping heads with a lot… mostly everybody on the show.

“But at the end of the day, because he has love for his sisters, nephew and his brother, his loyalty is definitely to the family.

“So even though they do have some differences, when it’s all said and done, Marvin is there to fight for his family. And he holds it down.

“So it’ll be interesting to see all the different conflicts that my character gets involved in trying to find a way to get to top dog but it’s just not working out.”

While Brown’s words are intriguing enough, Starz has gone ahead and added more hype to the new series by renewing it for season two – before its pilot has even aired.

Jeffrey Hirsch, President and CEO of Starz said in a statement [via Deadline]: “One season isn’t enough to tell the coming-of-age story of Kanan Stark and his mother, Raq, a fierce and successful woman who is a force of nature,

“The anticipation globally for more of the Power Universe made it clear that the Kanan story needs to continue.”