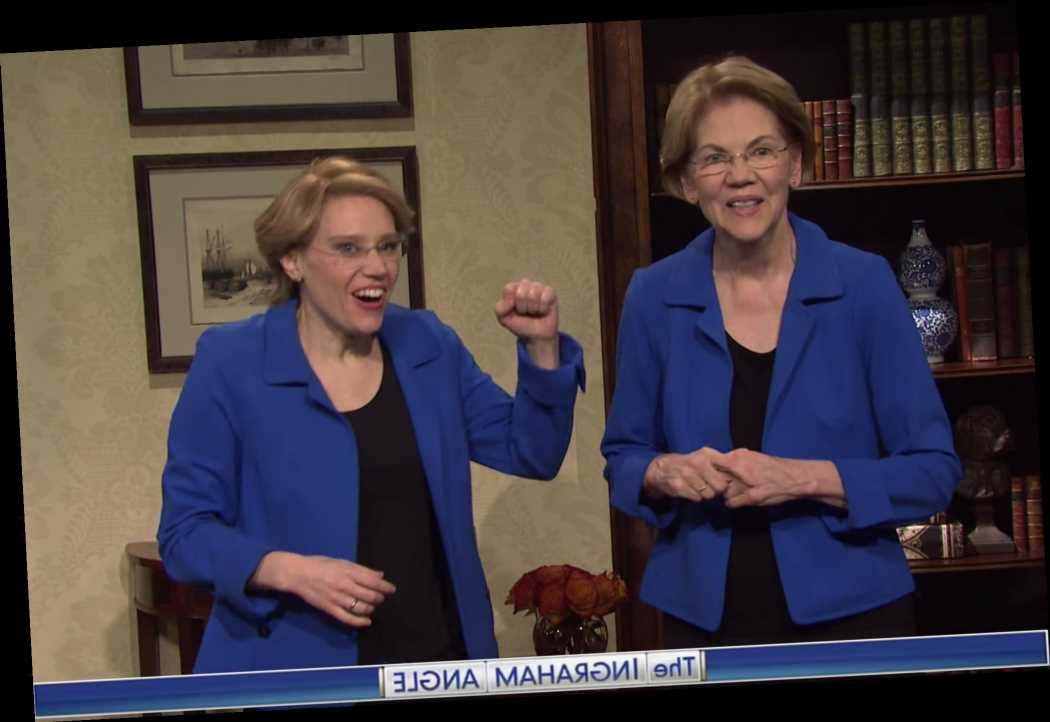 Days after ending her bid for the Democratic presidential nomination, Elizabeth Warren made a cameo on Saturday Night Live alongside Kate McKinnon, who portrayed the Massachusetts senator on the show.

Warren’s cameo came at the end of a lengthy Fox News spoof about the coronavirus, where host Laura Ingraham (also played by McKinnon) discusses “the coronavirus smear campaign against President Trump” with Cecily Strong’s Jeanine Pirro and the Mikey Day and Alex Moffat’s Trump brothers. “Look, coronavirus is an urban legend, and yes, I said ‘urban’ as a dog whistle,” McKinnon’s Ingraham said.

The recently retired MSNBC anchor Chris Matthews (played by SNL vet Darrell Hammond) then joins the Fox News roster and talks about the recent controversies that led to his exit. “Welcome back to Hardball, I’m Chris Matthews. Tonight my guest is Laura, a spooky blonde lady who lies to the elderly,” he said. “Maybe I’ll get in trouble for saying this, but you look great.”

“Chris, you can say whatever you want, it’s Fox,” Ingraham told him.

The host then interviewed “the woman who savagely murdered Michael Bloomberg on live television,” Elizabeth Warren.

Will America Ever Be Ready For a Woman President?

“I’m doing just fine, My friends and family have been so supportive, they’ve been calling non-stop asking ‘Are you okay? What do you need? Were you electable?’ That kind of thing,” Warren said.

Asked whether she has picked a candidate to endorse yet, Warren admitted, “It’s tough. Maybe I’ll just pull a New York Times and endorse them both.”

“I am so proud of my campaign,” Warren added. “We built a wide coalition of teachers, preschool teachers, middle school teachers, and teachers’ pets. And not only did I not accept money from billionaires, I got to give one a swalley on live TV.”

McKinnon then entered Warren’s frame, wearing the same clothes as Warren, to thank her for “all that you’ve done in your lifetime.”

“I’m not dead. I’m just in the Senate,” quipped Warren, who hung around Studio 8H until the cast’s signoff: