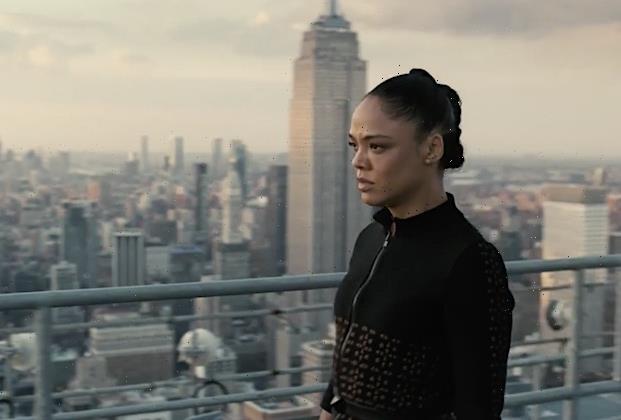 Westworld Season 4 barreled closer to its conclusion this Sunday with “Fidelity,” an episode that saw Dolores-Hale at her most desperate — and her most terrifying.

“Fidelity” begins with a teenage Jay sitting on a playground bench. A young Frankie approaches him, immediately catching his attention by mentioning his brother, Daniel. Jay is visibly surprised that she knows of his brother and asks for an explanation. In keeping with the series’ aversion to easy answers, Frankie ignores the question. Instead, she takes him to Uwade, who has been gathering allies to help her undermine Dolores-Hale’s new world order.

Frankie, Jay, and Uwade flee the city and regroup with the other outliers at a safe house. As they hunker down, Frankie asks Jay if he wants to say hello to her father. She attempts to contact Caleb using equipment at the hideout. He doesn’t answer but she mentions Jay anyway. She calls Jay her brother, angering him. He tells her that Caleb is gone and that there’s no point leaving him messages.

Meanwhile, Dolores-Hale interrogates Caleb. This season has seen the monstrous host-copy seize a frightening amount of power; the last time she and Caleb shared a scene, she had just gained control over New York City. Now, though, she needs something from him. She’s upset that hosts keep choosing mortality over their “perfection” and fears Caleb knows something she doesn’t. She reminds him that he once gloated about being able to resist the flies. (Circle back to Episode 4 for a refresher). She recalls how he said he possessed something she didn’t. Caleb, clinging feebly to the one bit of leverage he still has, smiles and plays coy.

Dolores-Hale withdraws, again telling Caleb that he is a host and that the copy he’s inhabiting only has a few days to live. She leaves the room, which is revealed to be a massive prison for Calebs. 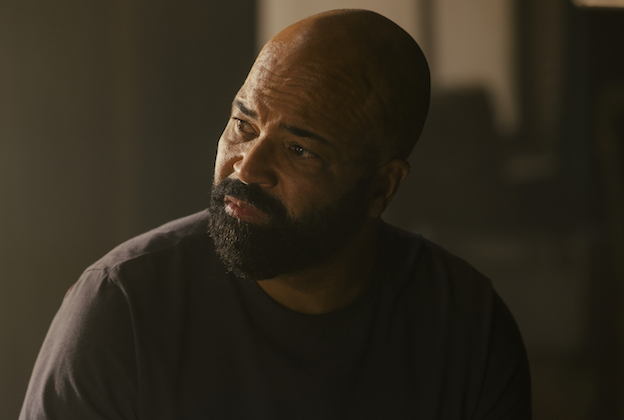 In the far-future, Bernard and adult Frankie return to the ruins of the ’20s-themed amusement park, where they hope to revive Maeve. Bernard uses the park’s derelict tools to repair Maeve.

Caleb spots a bloody copy of himself in an adjacent cell and begs him to help him escape, but the dying host tells him death is the only escape. He picks up the hourglass (one of only two objects in his cell) and accidentally pricks his finger on a capsule hidden in its top. He collapses, unconscious. We’re then taken through a pair of flashbacks showing Caleb meeting Uwade and spending time with Frankie.

Caleb comes to and notices a grate conveniently located on the cell floor. He notices a crude arrow scratched into its rim and uses it to escape. It’s a good thing, too, because one of Dolores-Hale’s faceless drone hosts had just checked on him and very nearly reduced him to cinders.

Back at the park, Frankie tells Bernard she blames Maeve for what happened to Caleb. She expresses a deep dislike toward hosts, saying that “feelings are just an affect to them.” The arrival of Jay and Stubbs cuts her rant short. It isn’t until they’re all together that Frankie realizes Bernard is planning to copy them all. He tells her to trust him. She coolly tells Bernard that she only trusts him to lie and orders her comrades to take him and Stubbs outside. Bernard warns Frankie that one of her friends will betray her.

As Caleb navigates Dolores-Hale’s fortress, he notices handprints on the walls, suggesting that he is repeating the escape attempts of long-dead Calebs. One of the guards discovers him, forcing Caleb to stab him repeatedly. He eventually discovers multiple Calebs lying dead throughout the building, having presumably been killed during similar escape attempts. He makes his way to the roof of the building, where he sends Frankie a message on the frequency they used to communicate. Dolores-Hale confronts and kills him.

Jay and Frankie talk privately, the former echoing Bernard’s concern that there are traitors among them. Frankie becomes suspicious of her allies and locks her girlfriend in a nearby building. Frankie deduces that Jay is a host after he calls her family; she knows the real Jay never wanted to be her brother. A brutal fight ensues. During the struggle, Caleb’s final message plays out of a nearby receiver, inspiring Frankie. Host-Jay still overpowers her, but Maeve brains him with a knife before he can kill her. The two women resolve to destroy Dolores-Hale, together.

The episode closes with Dolores-Hale creating another Caleb build, and burning his other copies alive…

What did you think of the season’s antepenultimate episode?