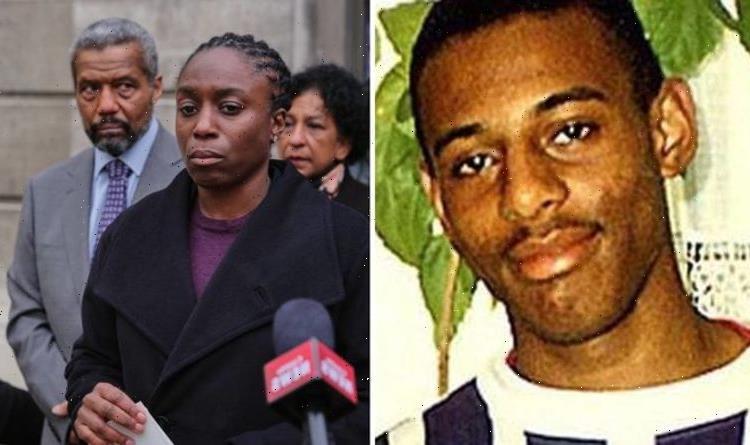 Stephen is the latest true-crime drama to be hitting ITV, going over the aftermath of the events surrounding Stephen Lawrence’s murder in the 1990s. So what did happen to the 18-year-old which led to the creation of The Murder of Stephen Lawrence and this new sequel series? Express.co.uk spoke to the cast and crew from the drama about the reality behind the show.

What happened to Stephen Lawrence?

Stephen was an 18-year-old who lived in Eltham in south London with his parents, brother and sister.

At the time of his death, Stephen was studying his A-levels and had hopes to become an architect when he was older.

On April 22, 1993, he was on a bus with a friend but decided to get off as they realised they could get home quicker if they got on a different bus.

So Stephen and his friend Duwayne Brooks got off and waited at a bus stop in Well Hall Road in Eltham.

Stephen walked further along to the junction to see if he could see if the bus was coming.

He was heading back to the bus stop to join Duwayne when a group of five or six white youths were then seen crossing the road and started to attack Stephen.

The 18-year-old was forced to the ground and stabbed on the front of his body, his collarbone and left shoulder.

The wounds severed axillary arteries before penetrating a lung.

Stephen tried to run away but collapsed shortly after and bled to death.

Speaking to press, including Express.co.uk, Whyte explained how acting in the series made her think about her own life.

Whyte said: “It does highlight your life at present, I’ve got a 17-year-old and the idea that he wouldn’t come back home after going to see his friends, just terrifies me.

“It’s made me realise that I’m not sure how much things have moved on today, because I remember this happening to Stephen [Lawrence] when I was younger than Stephen.

“It just highlighted that I’m so precious about my son of his age and it felt like an important time to me.”

DON’T MISS…
Charlotte Hawkins in fiery row with Wallace over Farthing pal [CAST]
Nick Ferrari slams President Biden over Afghan ‘Not fit for office’ [REACTION]
Where is Vera season 11 filmed? Where is it set? [LOCATION]

Years later and no one had been convicted of Stephen’s murder, much to his family and the public’s dismay.

An inquiry into the police investigation was held and in 1999, the Metropolitan Police Serve was deemed “institutionally racist”.

The drama will partly focus on DCI Clive Driscoll (played by Steve Coogan) who continued to investigate the murder.

He was able to get Gary Dobson and David Norris convicted of Stephen’s murder in 2012 after new evidence was found.

Actor Hugh Quarshie played Stephen’s dad Neville in the original ITV movie The Murder of Stephen Lawrence and reprised the role for Stephen.

“I think for me, it reminded me why this job is worth doing.”, Quarshie explained.

“I did come close to giving up at least three times in the course of my career and some of the work I’ve done has paid the rent but it always hasn’t seemed terribly important or significant.

“This one mattered, as did the first one [The Murder of Stephen Lawrence].

“It felt right to do, it felt important to do and the hope is in the multichannel universe that this will get the audience that it needs and deserves but this certainly was a reassurance of being an actor.”

Stephen will premiere on Monday, August 30, at 9pm on ITV.