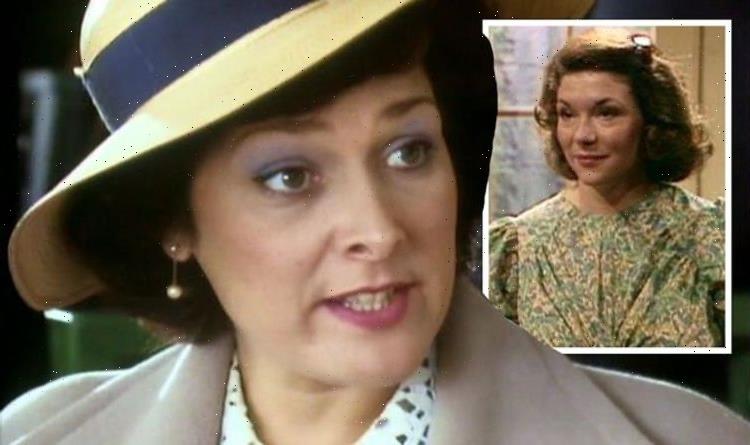 All Creatures Great and Small season two has been airing on Channel 5 and the heartwarming series has kept families entertained for many weeks. The Yorkshire-based drama follows vet James Herriot (played by Nicholas Ralph) as he looks after livestock in the Dales, and he forms a relationship with a farmer’s daughter. Another series of the same name aired on the BBC back in 1978- so where is the original Helen actress now?

What happened to the original Helen from All Creatures Great and Small?

All Creatures Great and Small is based on the working life of Alf Wight, the famous Yorkshire vet who used the pen name James Herriot.

He recorded anecdotes about his work and personal life in a series of books, which were later adapted for the small screen.

The original Helen was played by two actresses – Carol Drinkwater for the first three seasons and Lynda Bellingham for the remaining four.

Bellingham fell pregnant with her first son during the fifth season, so she was confined to scenes in bed for a number of episodes.

The set designers cut a hole in her mattress to hide the baby bump.

Carol Drinkwater is now 73 and she married husband Michel Noll in 1988, having two stepdaughters from his first marriage.

She left the role of Helen in 1978, saying she did not know where else she could have taken the role.

After leaving, she worked in Australia and wrote her first children’s book, The Haunted School, which was made into a TV miniseries.

One of her latest on-screen roles was in October 2021. when she featured in the documentary series A Year In Provence With Carol Drinkwater on Channel 5.

Speaking to The Yorkshire Post about her role as Helen, she said: “It was one of those jobs where I would never wake up in the morning and think I don’t want to go to work.

“I always, always felt happy to get out of bed, and to be going to work with that group of people, that crew, the cast.

“We laughed a lot, I do have a memory of the fact that we were constantly, you know, that kind of gut-aching laughter.”

Going into more detail about why she left, she said: “I was already thinking about leaving because I felt that there was no more stretch for Helen.

“They wanted to stay very strictly to the books, because Alf was alive and at that stage he was quite adamant that they did.”

As for Lynda Bellingham, she sadly died aged 66 in October 2014, and she left behind her husband and two children.

Her second marriage was with Nunzio Peluso, with whom she had her two sons, Michael and Robbie.

She married her third husband, Michael Pattemore, in 2008 on her 60th birthday.

She was diagnosed with colorectal cancer in 2013 and died in hospital in October 2014.

Following her role in All Creatures Great and Small, she went on to star in At Home with the Braithwaites and The Bill.

She also appeared in the ITV comedy series Bonkers and was a panellist on Loose Women from 2007 to 2011.

The actress took part in the 2009 series of Strictly Come Dancing, leaving in the fourth week with partner Darren Bennett.

Helen Alderson is played by Rachel Shenton in the new Channel 5 series, and she opened up about the original show.

She told Town and Country Magazine: “I was aware of the series. It was before my time, so I’d never seen it, but I knew it was a success.

“My mum watched it and some of my family, so there’s always that idea of ‘Oh, goodness, these are quite big boots to fill.’”

Fans have definitely warmed to her interpretation of James’ love interest in the latest adaptation.