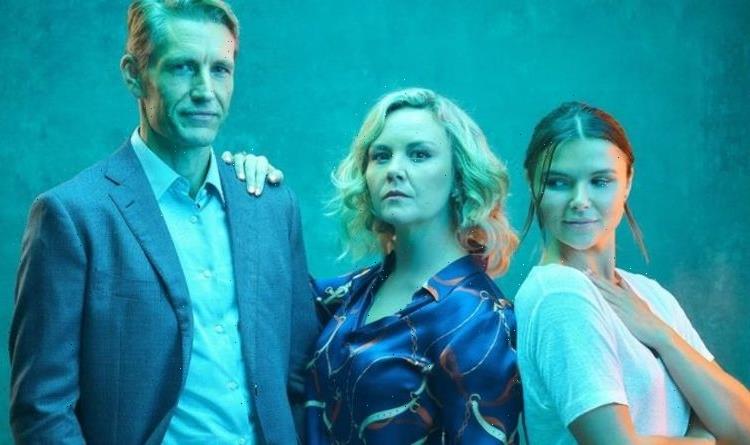 Lie With Me: Charlie Brooks stars in trailer from Channel 5

Lie With Me, which is also known as With Intent, follows a family’s move to a new country, seeking a fresh start. However, things soon spiral after the move. Charlie Brooks leads the cast but where is the Channel 5 series set?

Where is Lie With Me set?

Lie With Me drops on Channel 5 on July 12, and follows a family as they go through a traumatic experience following their move to a new country.

The family, led by Anna Fallmont (played by Charlie Brooks), move to Australia, hoping she can piece back together her relationship with her husband Jake (Brett Tucker).

The official synopsis, released by Channel 5, reads: “The series centres on a British woman and her husband seeking a fresh start in Australia after infidelity threatened their marriage.

“They hire a young local nanny who isn’t as innocent as she appears with deadly consequences.”

The main plot is still being kept under wraps by Channel 5 but the series is promising to be filled with twists from the start.

The series is split into four parts as the fall out from the family’s move unravels in Australia.

Where is Lie With Me Filmed?

The show is a British/Australian co-production and was shot on location in Melbourne and the cast brings together actors from the country and the UK.

Further locations have yet to be released but viewers will no doubt be looking for well-known landmarks when the series airs.

Who is in the cast of Lie With Me?

Brooks, who takes the lead as Anna, is best known for her role as Janine Butcher in EastEnders and recently confirmed a return to the BBC soap.

Viewers may recognise co-lead Tucker, who is known for playing Daniel Fitzgerlad in Neighbours and Lucas Ripley in Station 19, the Grey’s Anatomy firefighting spin-off.

What is Lie With Me about?

Channel 5 has also released a trailer for the show ahead of its premiere, giving fans an insight into what to expect from the show.

The trailer opens with Anna Fallmont commenting: “We came here to start a new life. New country, new life put all that bad stuff behind us.”

There is clearly a lot of tension between Anna and Becky, with a lot of mystery building up around who the nanny is and what she may have done in the past.

Later on, in the trailer Anna is heard warning: “This country is full of things that can kill.”

The trailer ends with the three leads, all squaring off against each other in the new home, promising a lot of conflict in the new series.