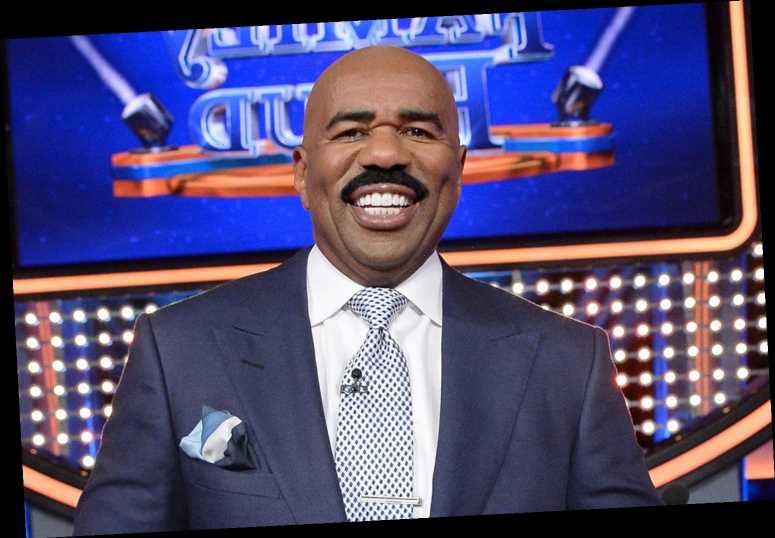 FAMILY Feud host Steve Harvey has been married three times in his lifetime and has seven children with three different women.

Harvey is best known from his duties as the host of The Steve Harvey Morning Show, Family Feud, Celebrity Family Feud and the Miss Universe competition show. 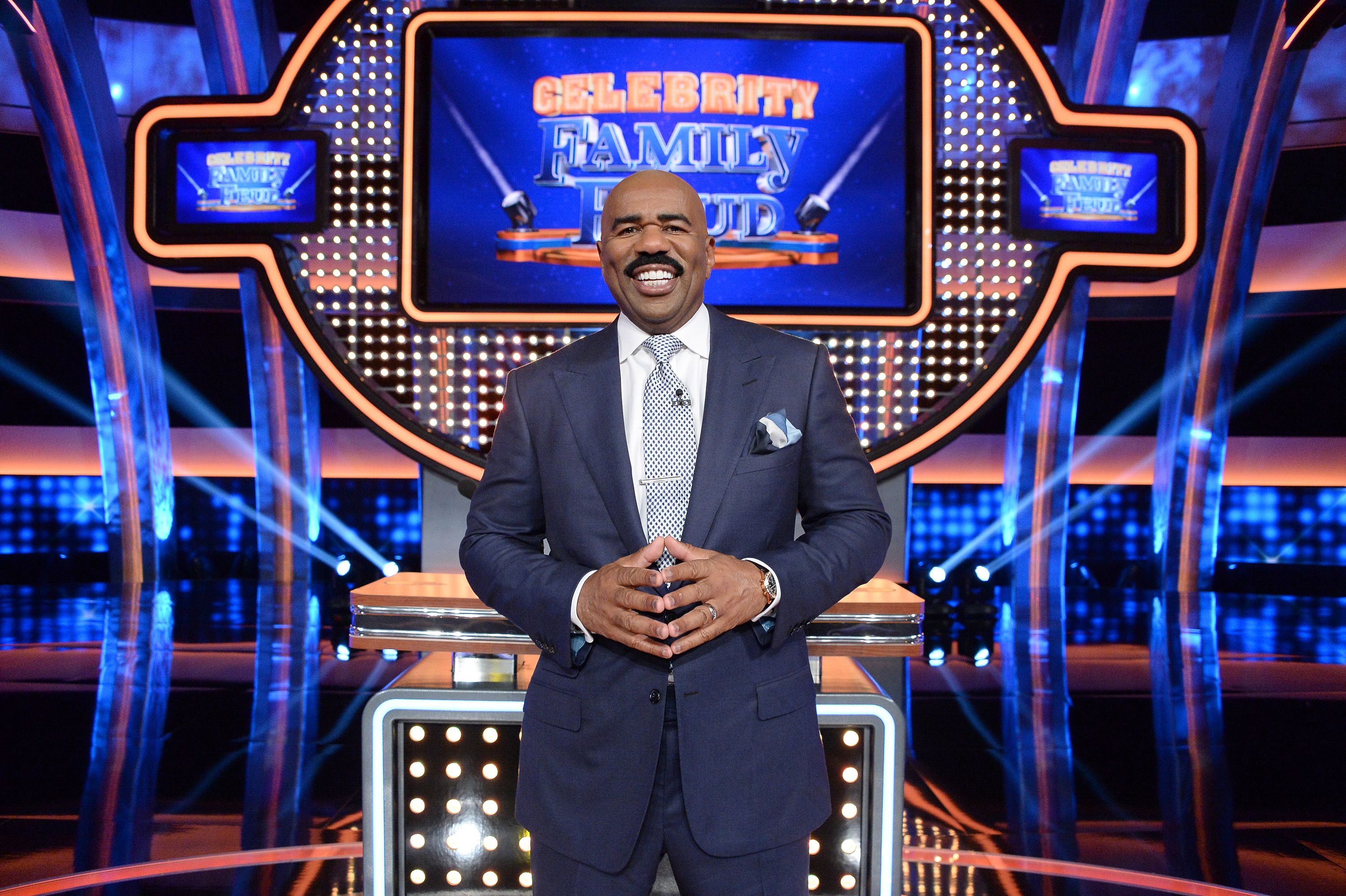 Who are Steve Harvey's children?

Harvey, 64, had three children with his first wife Marcia, his two twin daughters Brandi and Karli, and his son Broderick Harvey Jr.

From his second marriage to Mary Shackelford, from whom he divorced from in 2005, Harvey has another son, Wynton.

In 2007, the 64-year-old married Marjorie Bridges, with whom he has three adopted children with, his two daughters Morgan and Lori, and his son Jason.

Brandi, 39, is the founder of Beyond Her, an online meal prep website for women. 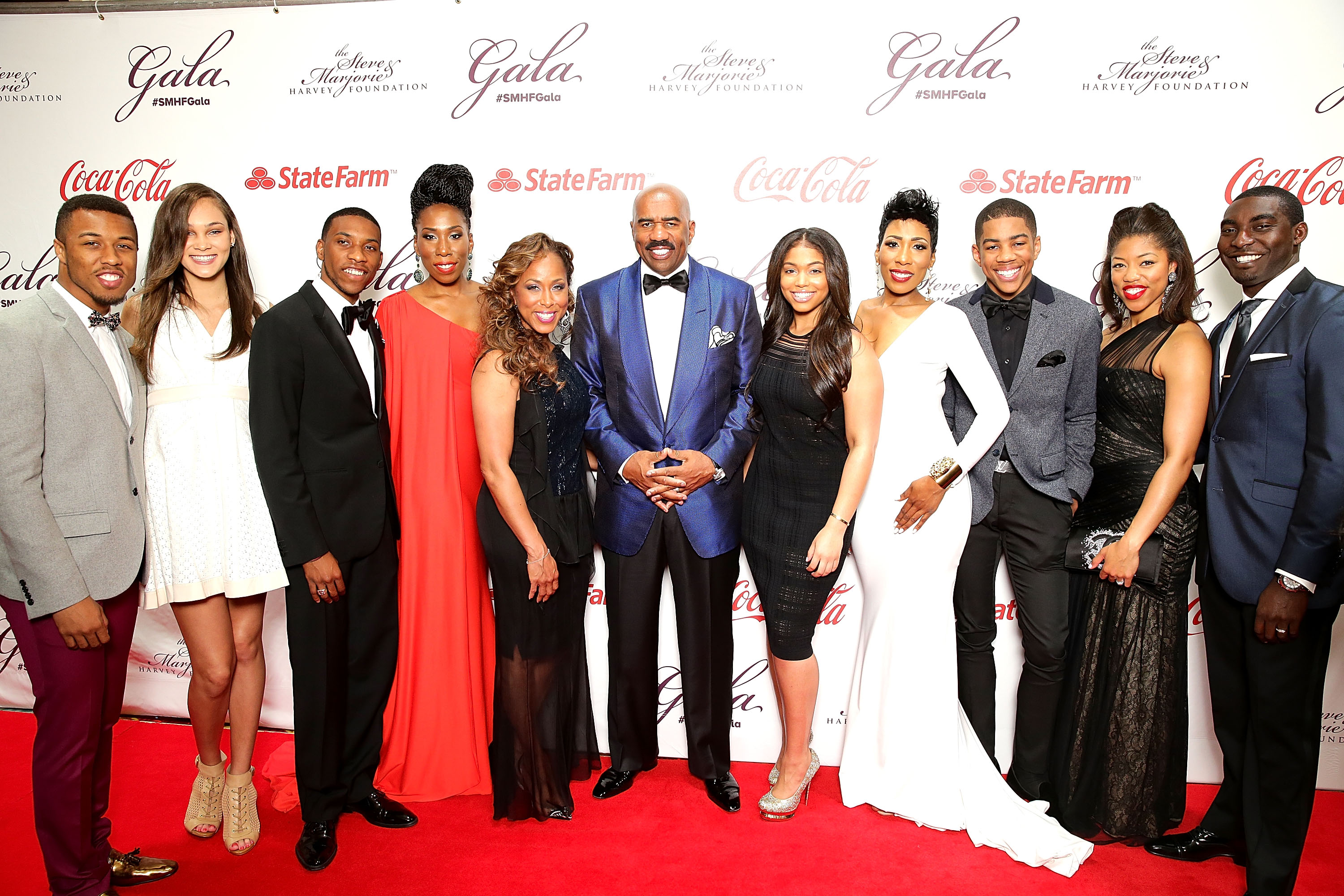 "Beyond Her is to bring active wellness to women of color in collaborative and transformative ways to elevate the mind, body and spirit," the company describes on their website.

Karli, 39, is a public speaker who does mentoring through the Harvey and Majorie Foundation.

Broderick, 30, is the owner of his own clothing line, Need Money Not Friends, while also working at the Harvey Charity Foundation.

Wynton, 23, is an aspiring photographer, often times sharing his work on his social media profiles.

Morgan, 34, is a pastry chef and graduate from the Culinary Institute of America, where she obtained a degree in baking and pastry.

Often times, Morgan has appeared on The Steve Harvey Show with her recipes. 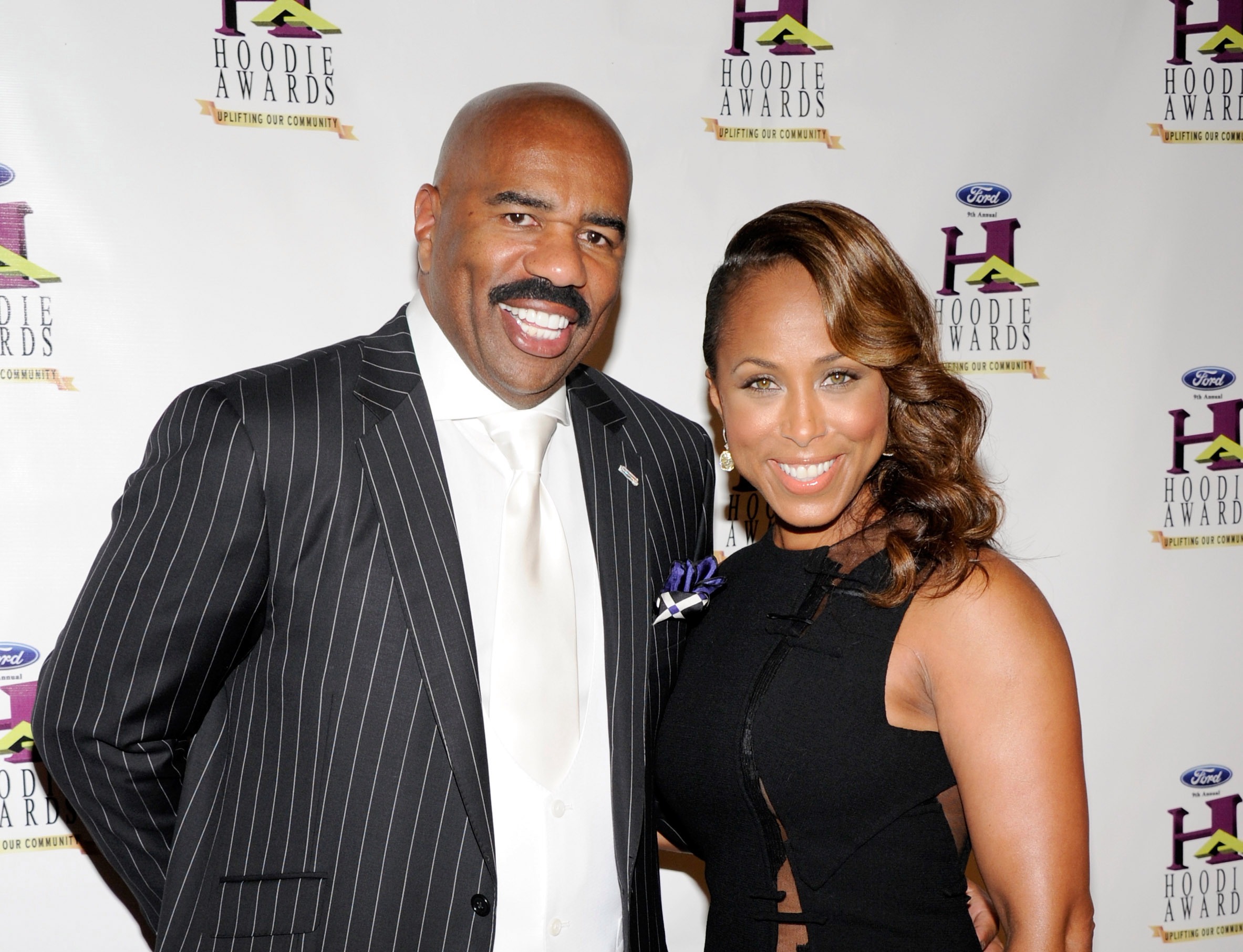 Jason, 30, is the owner of the luxury women's footwear company Yevrah.

Lori, 24, is a model who has appeared in several magazines, including Vogue.

Lori is linked to Hollywood actor Michael B Jordan.

The couple went public with their relationship in November 2020, after Jordan shared two photos on Instagram of themselves gazing at each other against a moody backdrop.

Lori returned the favor with a collage of festive snaps, in which Jordan went to kiss her on the cheek and the couple stood in front of a Christmas tree.

The model simply captioned the shot with a brown heart emoji.

The actor pulled out all the stops for his lady on Valentines Day renting out an entire aquarium for their celebration.

Lori took to her Instagram Stories to document her lavish date night with the Black Panther actor. 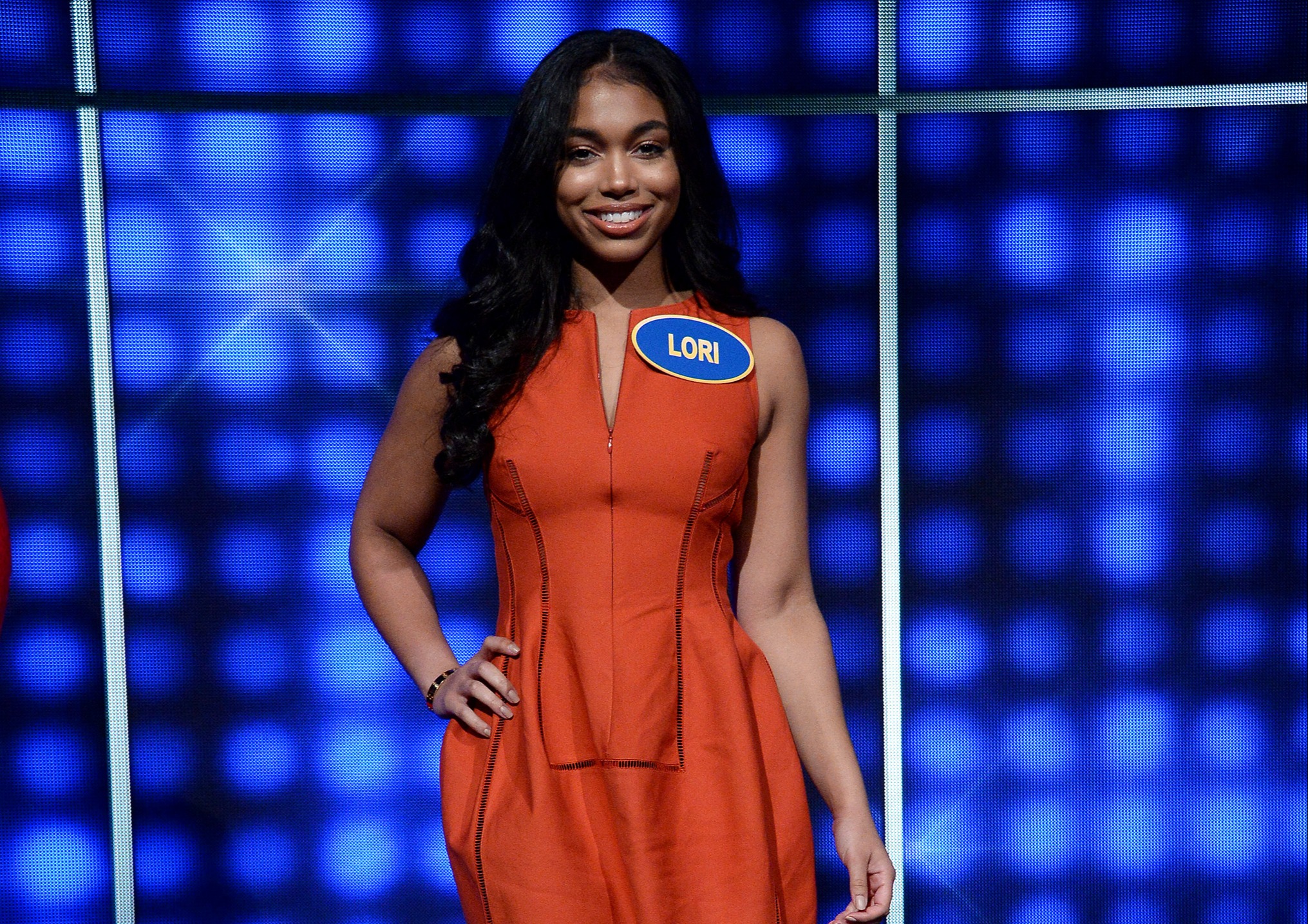 The couple's evening began as the influencer showed off her jewelry, shoes, and pink Hermes bag for the special occasion.

Next the duo piled into the car where Lori took a cute video of her man with the caption: "To the moon and back."

The model then showed off her glam for the evening, as she looked stunning with curled locks and full makeup.

Jordan rented out an entire aquarium for the romantic evening and had rose petals and candles lining the floor as the couple arrived.

Lori shared a video of the splendor as she captioned the beautiful view: "My baby rented out the aquarium so we could do a private tour and see the turtles and then we walked into this."

Fish swam on both sides and overhead as the cavernous room was decked out in Valentine's Day décor. 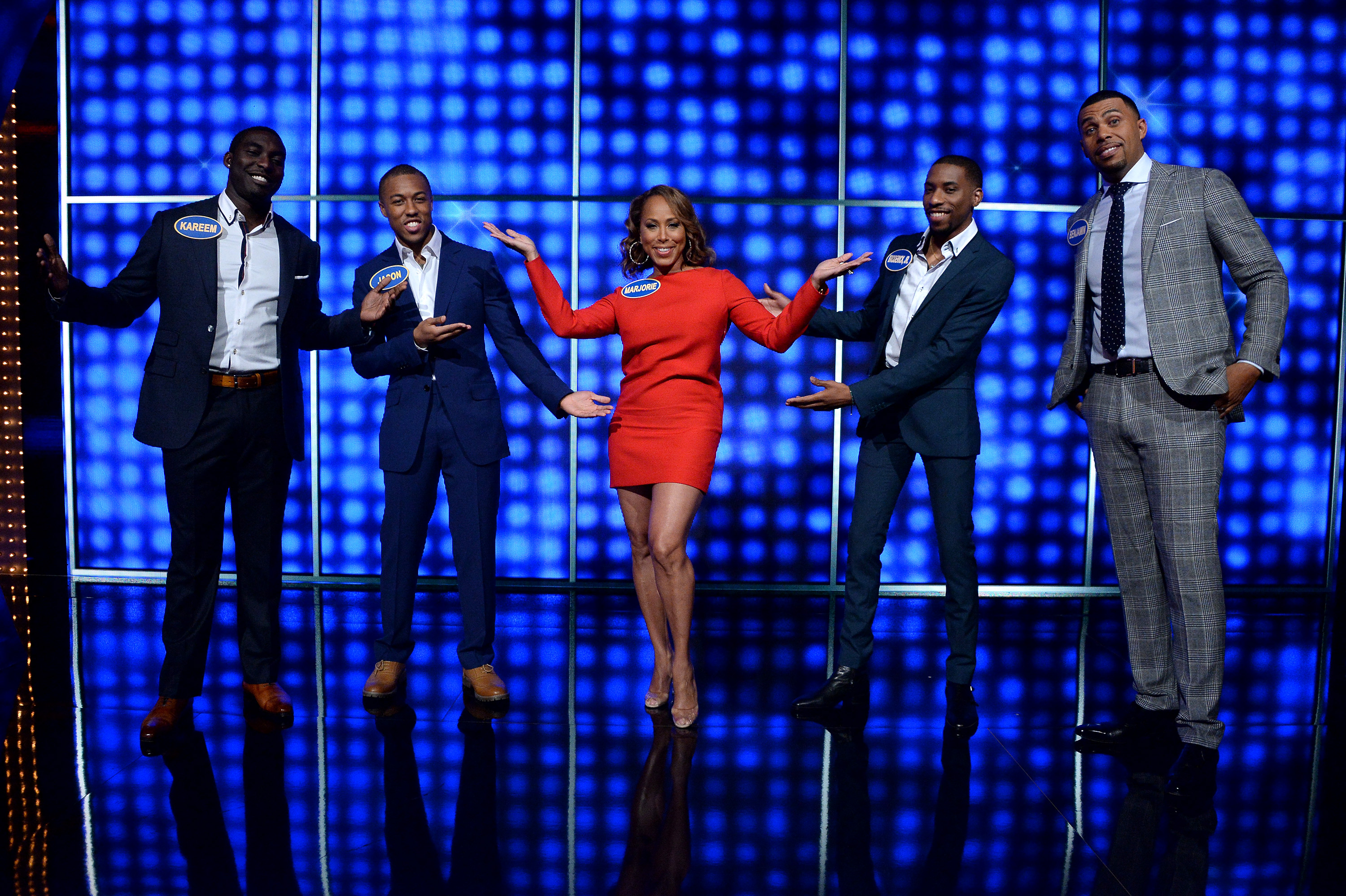 What did Steve Harvey say about his daughters boyfriend?

Harvey called Lori boyfriend a "nice guy," when asked about the new high profile relationship while appearing on Jimmy Kimmel Live! on February 25.

Steve told the ABC host: “First of all, let’s be clear about something. He is a nice guy.

Harvey also weighed in on their elaborate Valentine's Day plans as he joked: “Yeah, well, good luck homie, ‘cause Valentine’s come every year. 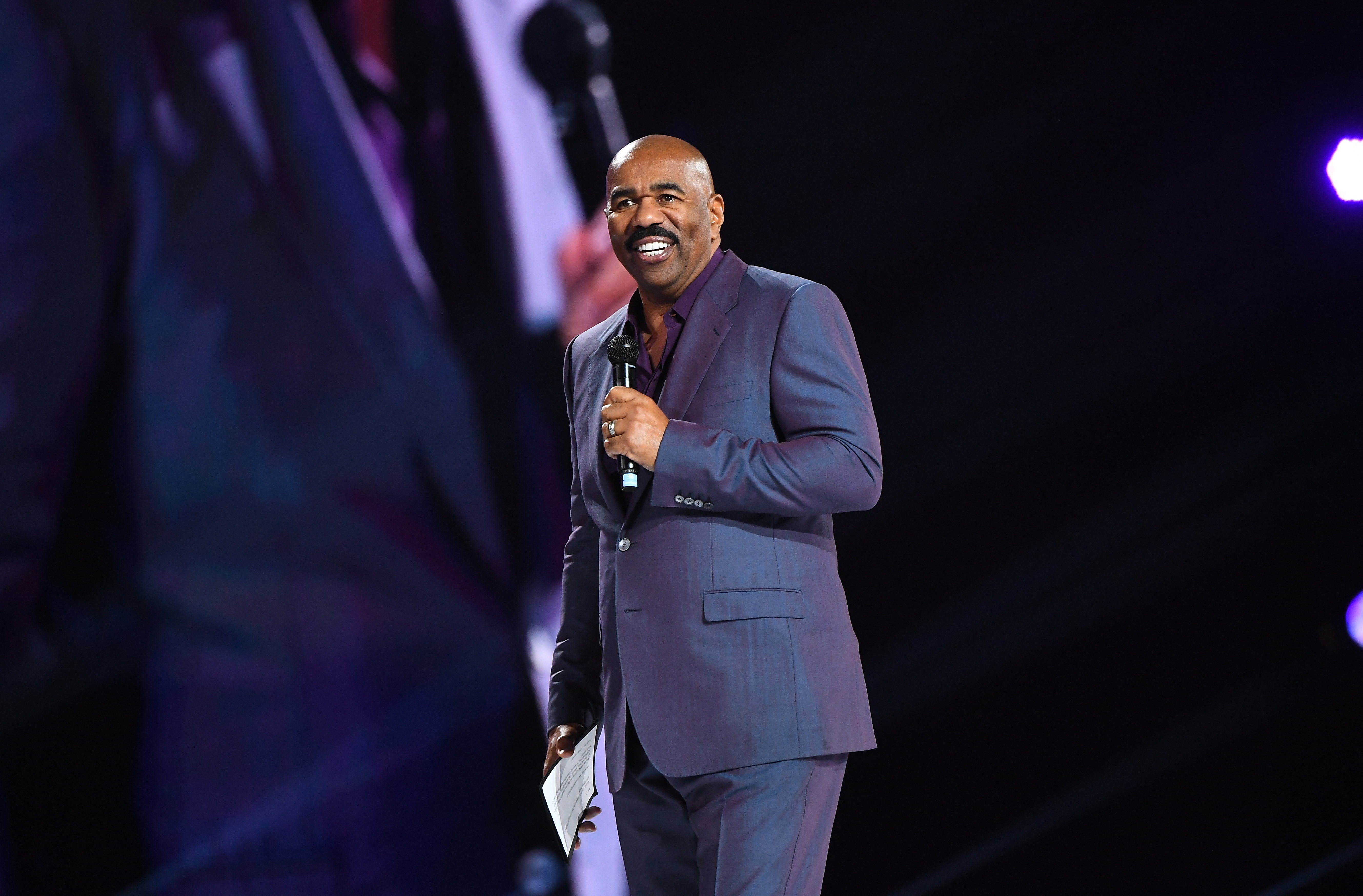 The Family Feud host noted that the gesture was "really nice," adding: “I’m happy for him.

“He’s a great guy. I met his father and everything, but that was a lot. I don’t know where he’s going from here, so hopefully maybe he’ll make Creed 4, 5 and 6.”

What is Steve Harvey's net worth?

Celebrity Net Worth reports Harvey's net worth stands at $200million.

The outlet reported that from 2017 to 2019, Harvey earned an estimated $90million from various endeavors.

He reportedly earns at least $10million as the host of Family Feud, and $20million from his radio hosting duties.