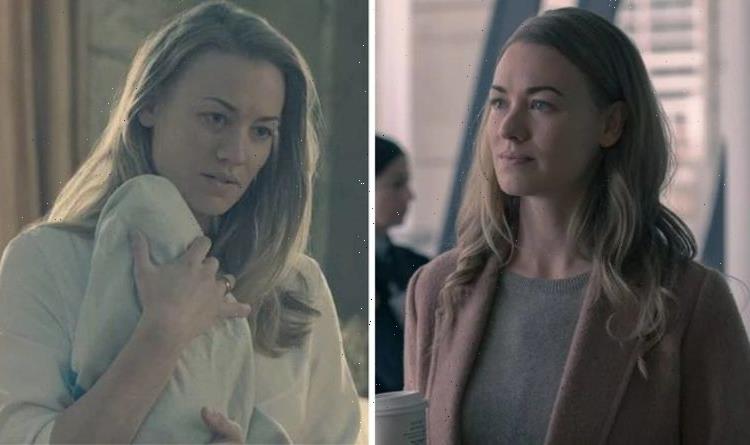 The Handmaid’s Tale is back with season four premiering on American streaming service Hulu. The first three episodes of the drama have been released with new instalments set to come out every Wednesday for the next few weeks. Already though, there has been a shocking revelation that could change everything for Serena Joy (played by Yvonne Strahovski).

WARNING: This article contains spoilers from The Handmaid’s Tale.

Who is Serena Joy pregnant by?

Serena had been desperate since season one to have a baby as she wasn’t able to conceive on her own.

She has gone to great lengths to enable her handmaid June (Elizabeth Moss) to get pregnant on her behalf, even forcing her to have sex with Nick (Max Minghella).

While the pair are in a relationship, June cannot say no when Serena tells her to have sex with him as she is essentially her slave.

This leads to Serena herself being arrested for the rape of June. 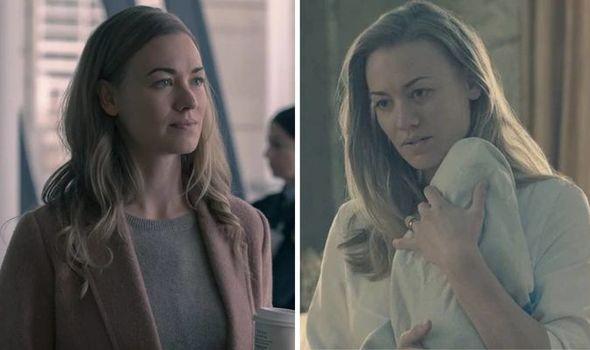 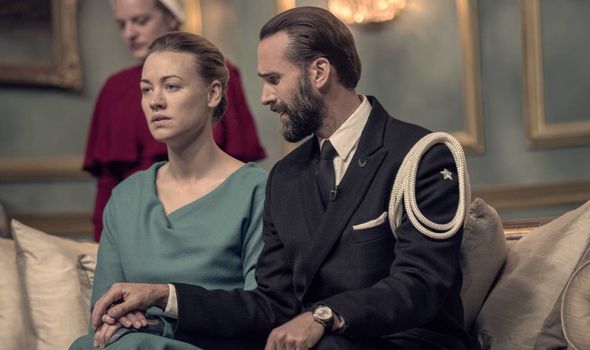 Now accused of being a sex offender, and with husband Commander Fred Waterford (Joseph Fiennes) now behind bars himself for the incident in Canada, Serena wanted their marriage to end.

She told Mark Tuello (Sam Jaeger) how she wanted to “separate her interests” from Fred following everything that has happened.

However, in this moment Mark reveals that her blood tests have returned and she is in fact pregnant.

By the end of series four, episode two, Serena was thrilled and confused by the news which she will now have to take into account. 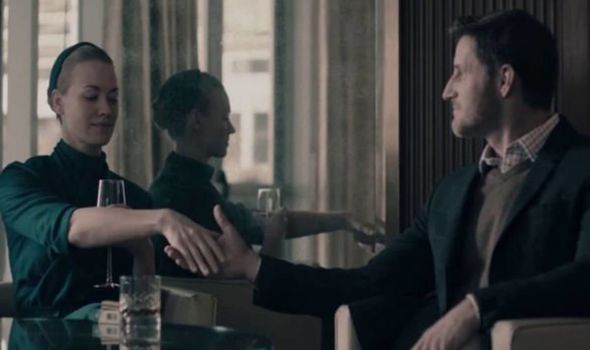 There have been theories that Serena could have been having an affair with Mark.

They have been seen together multiple times in the past couple of series and he is now someone who she speaks to on a regular basis.

However, there has been no indication that the pair have actually been sleeping together.

So this must mean that Serena is pregnant with her husband Commander Waterford who she now wishes to split up with.

Speaking at the PaleyImpact: Female Empowerment in the Age of The Handmaid’s Tale panel, actress Strahovski said: “The bomb has already been dropped that Serena is pregnant.

“That is a huge moment for my character.

“It’s sort of this thing that she’s obviously always wanted in her whole life.

“We are going to watch her negotiate that in detention, and see what transpires.”

Season four of The Handmaid’s Tale will be made up of a total of 10 episodes.

The grand finale will come out on Hulu on Wednesday, June 16, but as of yet, no Channel 4 start date has been announced.

There will be more episodes to come in the future though as the drama has already been renewed for a fifth series.

The Handmaid’s Tale is available to watch on Hulu.