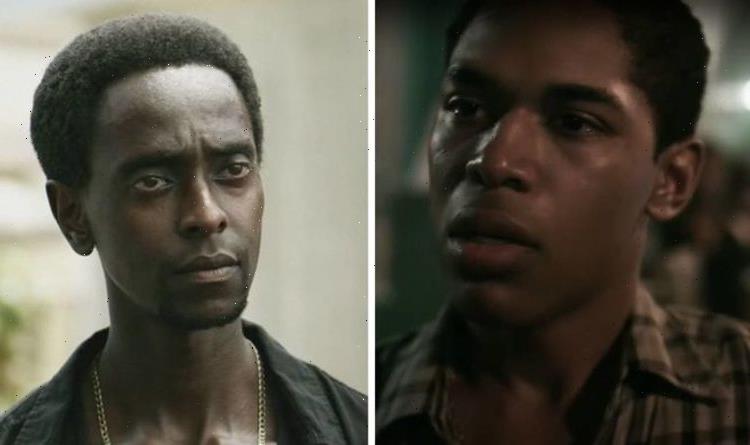 StartUp is a crime drama starring the likes of Adam Brody and Martin Freeman which started off on network Crackle. The first two series were then released on Netflix, giving the show an entirely new audience and has proven a success as it has made it into Netflix’s Top 10. But what happened to Touie Dacey (played by Kelvin Harrison Jr.), the son of gangster Ronald (Edi Gathegi) in StartUp?

When his business move attracts the interest of gangster Ronald Dacey, the pair decide to work together on making the start-up a success.

Throughout the series, their venture is investigated by the FBI and the NSA, meaning they have to be very careful when making their moves.

Sadly, this wasn’t the only problem which Ronald faced during season two.

Who killed Touie in StartUp?

In the fourth episode of series two entitled Loss, Ronald’s teenage son Touie gets into a fight with a classmate at a backyard party.

The student was pushing Touie to fight with him until he gave in and for a few moments, it seemed Ronald’s son was going to win.

However, in a shock move, the classmate pulls out a gun and shoots Touie twice in the stomach.

The episode ends with him lying in a pool of blood but it was unclear if he was actually dead.

Unfortunately, the murder was confirmed in the following episode Pivot.

Ronald’s wife Tamara (Kristen Ariza) pushes him to get revenge for their son’s death and have his killer murdered.

He obeys by abducting the teenager responsible and tying him to a chair in front of his wife.

But Ronald is sick of killing by this point and hands the gun over to Tamara who also isn’t able to pull the trigger.

The first couple of seasons of StartUp are ready to watch on Netflix.

Unfortunately, the third series has not been added to the streaming service.

As of yet, the reason for this hasn’t been made clear by those at Netflix.

Given the fact the first two have come out, it is believed StartUp season three will be added but it is not known when.

While StartUp has become a hit in recent months since coming out on Netflix, there doesn’t seem to be any sign of it returning for a fourth series.

The series ended on Crackle a few years ago now with no plans made to continue the story.

Even though the show wasn’t officially cancelled, it seems unlikely that there will be any more new episodes.

StartUp is available to watch on Netflix.