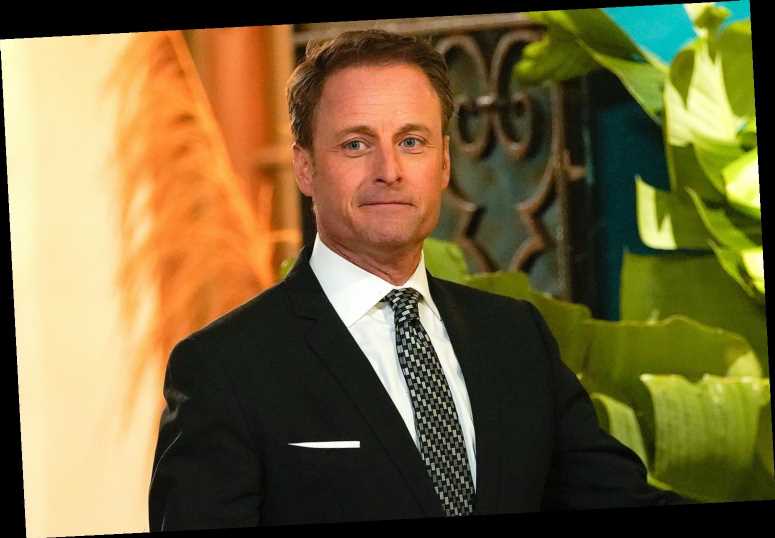 Chris Harrison announced this weekend that he will be "stepping aside" from the Bachelor franchise for an undetermined "period of time," leaving fans wondering who will be taking over the longtime host's duties for the remainder of the currently airing season.

In his statement, which came after the TV personality faced criticism for failing to denounce a contestant's recently resurfaced racist behavior, Harrison noted that he will not be hosting the live After the Final Rose special, the official conclusion to Matt James' season. Thus far, however, there are seemingly no plans to edit him out of the pre-taped remainder of the season, with Monday's episode airing as planned with Harrison and without a disclaimer from ABC.

The controversy began when Rachael Kirkconnell, a 24-year-old frontrunner on James' season of The Bachelor, was called out for old social media posts which saw her dressed in Native American attire in costume and attending an antebellum plantation-themed college party in 2018. She has since apologized.

Harrison, 49, addressed the situation last Tuesday during an Extra interview with Rachel Lindsay, who became the franchise's first Black lead on The Bachelorette in 2017. During their 14-minute, unedited conversation, Harrison said people should have "a little grace, a little understanding, a little compassion" in the wake of the resurfaced photos and questioned the "lens" of 2021 compared to 2018. Following an outcry online, Harrison issued a statement on Wednesday apologizing for "wrongly speaking in a manner that perpetuates racism." But during the Friday episode of her Higher Learning podcast, Lindsay, 35, publicly called Harrison into question for his remarks and said she plans on leaving the franchise once her contract is up. Several stars from the show have spoken out to express their support for Lindsay, commending her for her poise during the interview.

So who will replace Harrison as host of the upcoming After the Final Rose special, set to air in about a month? Keep reading for some potential contenders. Lindsay would be an obvious pick as someone who could sit down with James, 29, and possibly Kirkconnell, if she makes it to the finale, to have an authentic conversation about racism within the franchise.

But it remains to be seen whether Lindsay, who co-hosts the Bachelor Happy Hour podcast, would agree to participate.

"I can't take it anymore," she said of her future with the franchise on Higher Learning last week. "I'm contractually bound in some ways, but when it's up, I am, too. I can't. I can't do it anymore."

And on Tuesday, she told E! News that she's "not even thinking about" replacing Harrison.

"I think the bigger picture is that there is an issue and Chris is recognizing it, other people are recognizing [it], and I think if my message is to really make change and to really create a level of awareness, then I can't be focused on trying to take somebody else's job," she told the outlet. "I am just focused on really us getting to a place of unity where we can all be better." Adams, the most recent Bachelorette and the only other female lead of color, is another contender.

The reality star, 30, emerged as a fan favorite contestant on Colton Underwood's season of The Bachelor in 2019. Last year, she was tapped to replace Clare Crawley on The Bachelorette after Crawley exited the show to be with now-ex Dale Moss.

Adams, who is Black and Latina, spoke out against Harrison on Friday, condemning his remarks during the Extra interview.

"I am really hurt and disappointed and confused at the ignorance when it comes to race," she said in a video on her Instagram Story. "The things that have come to light within the Bachelor franchise this past week have just been eye-opening."

"The photo that [Kirkconnell] was in is racist; the party she attended, racist. Her actions have been racist," Adams continued. "When there are blatant forms of racist acts you cannot be defensive of it. It speaks volumes, and I just have to say I am really hurt by this response." Wells Adams appeared on JoJo Fletcher's season of The Bachelorette in 2016 and has also served as the bartender on Bachelor in Paradise. Though he has settled down outside of the Bachelor universe with fiancée Sarah Hyland, he remains beloved by fans.

The reality star, 36, was rumored to be in the running for the hosting gig prior to the current controversy. In late December, Page Six reported that Harrison is building a home in Austin, Texas — spurring rumors that he is planning to relocate to the Lone Star state and leave his position as host. But during an appearance on People (the TV show!) last month, Adams put the speculation to rest . Fletcher, who has been both a Bachelor contestant and Bachelorette lead, filled in for Harrison recently, making her a natural potential pick.

Fletcher, 30, temporarily took over Harrison's hosting duties on Adams' season of The Bachelorette in the fall while he underwent a mandatory quarantine after dropping off his son at college in Texas.

"I did step away. And I will just say a very good friend that I reached out to was nice enough to come in and help out just a little bit," Harrison told Entertainment Tonight at the time. "You'll see for how long once the show starts, but clearly it's something that I had a hand in and was aware of the entire time." The search could also be extended beyond the pool of franchise stars, and comedian Michelle Collins comes to mind.

Collins, 39, hosted After Paradise, the Bachelor in Paradise after show, in 2015 and 2016. She and co-host Sean Lowe discussed and dissected the most recent episodes alongside cast members and various celebrity fans. Sherri Shepherd has ample experience when it comes to TV hosting, having served as a panelist on ABC's The View for seven years.

Shepherd, 53, also dipped her toes into the dating show sphere when she joined season 2 of Match Made in Heaven as a host and executive producer. The WE tv series, which was canceled after the second season, followed a group of women vying for the heart of a Black lead.

"During my time co-hosting The View, I was always talking about the need for an African-American bachelor on television," Shepherd told Deadline in 2016. "When WE tv approached me about partnering up with them I had to say yes. Words can't describe the amount of fun I've had working on this show." Robin Roberts is a veteran newscaster and anchor of Good Morning America on ABC, the network home of The Bachelor.

The award-winning journalist, 60, joined GMA as a co-host in 2005. She's no stranger to the Bachelor world, having interviewed many leads and contestants on the morning news show, which leaves her well-positioned as a potential host for the After the Final Rose special. Tyra Banks, who fronted America's Next Top Model before taking over as host of Dancing with the Stars last year, is another potential contender.

The model and actress signed a deal with ABC to host and executive produce DWTS, which wrapped its latest season in November. (She replaced longtime host Tom Bergeron and co-host Erin Andrews.)

Though Banks, 47, may have her hands full with the dancing competition show, her connection to ABC and years of on-camera experience keeps her in the running. Queer Eye star Karamo Brown, who has previously expressed interest in appearing on The Bachelor, could also be tapped.

The 40-year-old father of two has years of experience in the reality TV world — he launched his career on MTV's The Real World: Philadelphia in 2004, becoming the first openly gay Black man cast on the series. Now, he serves as the beloved cultural expert on Netflix's Queer Eye reboot.