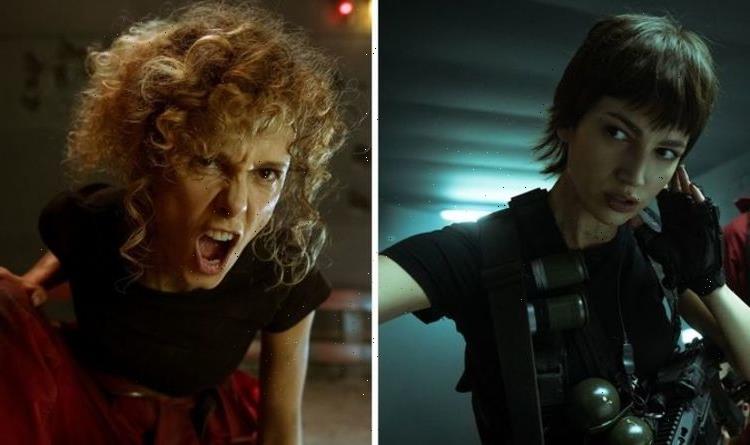 Money Heist, or La Casa de Papel, just returned for season five on Netflix. After such a long wait for the new season, fans wasted no time in binging the five new episodes, only leaving them wanting more. With just five episodes in the first half of the new season, many viewers are hoping there will be more to come.

Will there be a season 6 of Money Heist?

However, excitement was held back upon the realisation that there were only five episodes in the new season.

Rest assured, there is plenty more Money Heist to come, with these five episodes only representing the first half of the fifth season.

The wait will be agonising for fans, as part one has ended on a nail-biting cliffhanger.

The future of the series is unclear, with the arguable protagonist and voice of the show, Tokyo (played by Úrsula Corberó) being killed off.

What this means for season five part two is unclear, but it does help to explain why this is the last season in the saga.

Netflix confirmed season five would be the final for the show last year, disappointing many viewers of the Spanish series.

There will not be a sixth season of Money Heist, meaning there are just five episodes to go between the Tokyo cliffhanger and the last time the credits will roll.

Over the course of the next three months, speculation will be running wild on what may happen and who might finally make it out of the heist alive.

Since season one aired in 2017, no character has been safe in a series of missions that have never quite gone to plan.

Star Corberó recently spoke to Collider about the ending of season five part one and how it impacted her.

Corberó explained: “I cried. I’m a big crier. I remember that I sent a picture of me weeping to Álex Pina, and I was not so much crying because it was the last plot, but rather because I knew that that was the last script.

“I had been melancholic for several days, and I thought to myself that this is it, we are closing this cycle.”

Álex Pina, the creator of the series, is already hard at work on his next project, one that isn’t too far from this.

Pina is developing a South Korean remake of Money Heist, aptly titled Money Heist Korea, though there is no release date at this time.

Fans have been reacting to the new season on Twitter, with many of them hoping December 3 will come all the sooner.

One fan wrote: “Pain is when you thought a season was 10 episodes but it’s actually 5. I was not ready for that ending.”

Another commented: “They wrote the script of the first 5 episodes of money heist season 5 better than the rest!”

A third added: “The last episode of money heist season 5 had me so emotional!”

Money Heist seasons one-five part one are available to watch exclusively on Netflix.