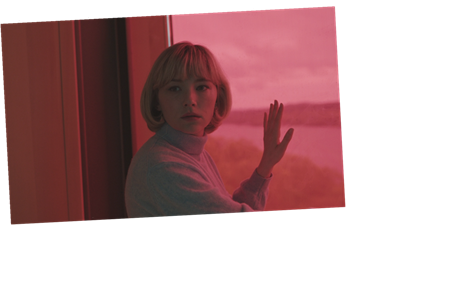 “Swallow” opens behind the blonde head of a young woman as she stares out at a placid lake, in a Hitchockian shot that recalls moments of “Vertigo” that loom behind the golden swirl atop Kim Novak’s own head. With his first feature, writer/director Carlo Mirabella-Davis interrogates just that kind of Hitchcockian movie: the one where a male auteur terrorizes his leading lady through voyeuristic content and form. Haley Bennett stars as Hunter, a blonde afflicted with a self-destructive impulse to consume inedible household objects, putting her character, and the actress, through the emotional wringer.

But Mirabella-Davis imbues his take on the myth of the feminine mystique, here gone awry in the form of a housewife coming undone, with hope, redemption, and female agency often missing from movies like “Vertigo” or “The Birds.” In this vision, Hunter suffers a buried, distinctly female trauma that, by the end of the film, is addressed — and not with a tidy bow on top.

“I was very worried that my male gaze would affect the story and very much wanted to tell like a truthful story,” Mirabella-Davis told IndieWire in a phone interview. “I decided that instead of ignoring the problem that we would take it very seriously and have a lot of discussions about how to sort of counteract my male gaze.” Mirabella-Davis is aided by a female-centric crew, including cinematographer Katelin Arizmendi and production designer Erin Magill, who conjured eerie worlds for Hunter to inhabit.

Bennett features in every scene — in nearly every frame — of “Swallow,” which follows Hunter, recently married the cartoonishly handsome Ritchie (Austin Stowell), who treats her like another ornament in their brutalist Upstate New York mansion walled with glass. When Hunter realizes she’s expecting a child, she’s never far from the watchful eye of Ritchie’s mother (a cold-blooded Elizabeth Marvel), and the terrifying precipice of motherhood plunges her down the rabbit hole of an increasing obsession with eating things she shouldn’t.

“What I love about ‘Swallow’ is that it tackles really difficult issues surrounding women’s rights, patriarchy, and control over women’s bodies,” Bennett told IndieWire. “And all of that is encapsulated in this cross-genre body horror that transforms into this story of self-discovery and of a woman dealing with her trauma so that she can live a fully authentic life.” 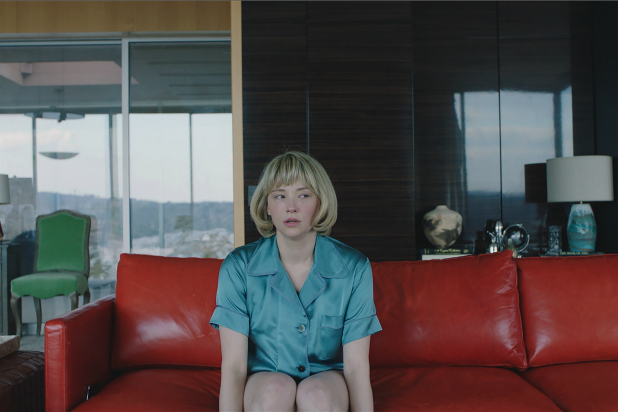 The condition is called pica syndrome and, for Hunter, it emerges as a mechanism of control over a life she cannot author herself. When she’s not tidying house, ironing her husband’s neckties, cleaning the pool, hanging drapes, and otherwise wandering her prison of a home as if in a Stepford trance, Hunter is nursing a private desire that at first appears almost inexplicably.

When a baffled Ritchie finds out about her compulsion, he demands to understand why. “I wanted to do it, and so I did it,” Hunter replies.

“That are a lot of squirm-inducing moments that deal with this ritualized, secret behavior when Hunter is left alone. The story is about a woman breaking free from a pattern and saying goodbye not just to Ritchie but this historical trauma, and breaking out of the enslavement,” Bennett said. “The things that Hunter swallows are doing for her what she can’t really do for herself, and all of these things she swallows are just a substitute, like good chemicals or a relationship, a release, all of these things she’s not getting from her life. She chose this abusive, patriarchal family, so it’s about regaining control of her life.”

To create this portrait of Hunter as a broken-doll housewife flung out of the 1950s and into the present, Bennett and Mirabella-Davis pulled from a well of cinematic references. For Bennett, Catherine Deneuve in “Repulsion” and Kim Stanley in “The Goddess” were her inspirations. For Mirabella-Davis, perhaps the most obvious forebear is Chantal Akerman’s groundbreaking French masterpiece “Jeanne Dielman, 23 quai du Commerce, 1080 Bruxelles,” about a homemaker’s slow-motion breakdown. Monica Vitti’s crimson-colored descent into madness in Michelangelo Antonioni’s “Red Desert” also comes to mind.

Mirabella-Davis cast Bennett, he said, partly because the actress exhibits such exquisite, micro-level control over her facial expressions. “Hunter wears multiple masks throughout the film. There’s that first mask which is her placid smile reflecting what her husband wants her to be, and there’s the second mask that’s like her pain, her doubt. Her third mask is her primal self emerging. Haley Bennett can do all of those layers of emotion with the twitch of an eye or touch of her hair,” he said. 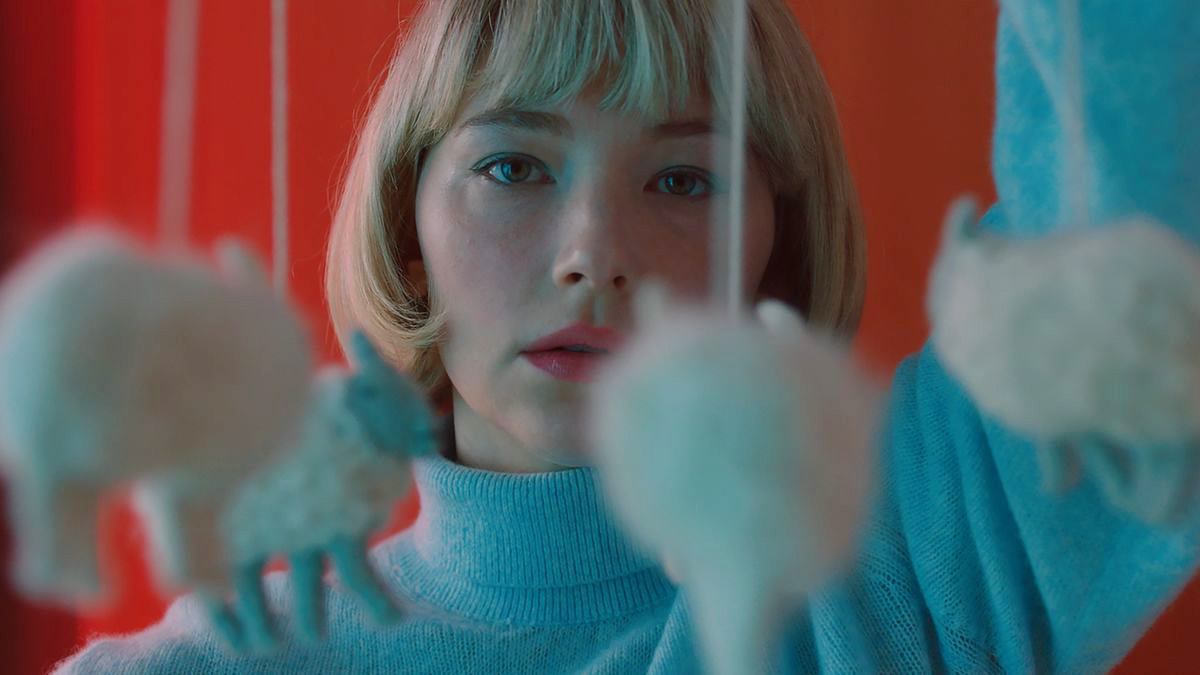 The director based the character on his grandmother, who was a housewife in the 1950s locked in an unhappy marriage who developed various pathologies to try and cope with the mundanity of her stay-at-home life. “She was an obsessive hand-washer. She would go through four cakes of soap a day and 12 bottles of rubbing alcohol a week,” he said. “My grandfather put her into a mental institution where she received electroshock therapy and a nonconsensual lobotomy. There was something punitive about it, that she was being punished for not living up to society’s expectations for what a wife or mother should be.”

But because “hand-washing is not very cinematic,” Mirabella-Davis discovered that pica could be an effective metaphor to convey obsessive behavior as a response to social hegemony. “I remember seeing an image of all the contents of a patient’s stomach who had pica, all these objects that had been surgically removed, fanned out on the table like an archaeological dig,” he said. “It also seemed like a Holy Communion.”

Mirabella-Davis said he reached out to Dr. Rachel Bryant‐Waugh, the world’s leading expert on pica syndrome, who provided him with a case study of Hunter based on the script.

As for the objects that Hunter swallows, which range from a marble to a thumb tack to increasingly longer, sharper objects, neither Mirabella-Davis or Bennett would reveal what they’re made of. “A magician never reveals their tricks,” he said. But as Bennett is very much eating these objects on camera, it’s safe to assume they’re edible.

Despite how excruciating these moments of Hunter at her lowest are to behold — and that pica syndrome remains uncommon — Bennett said that the film opens up a necessary discussion of trauma that’s meant to be accessible to all. “People have related with Hunter’s trauma, and recognize their own shame in looking at someone that so desperately wants to be free and have domain over their life. For Hunter, these objects are her domain.”