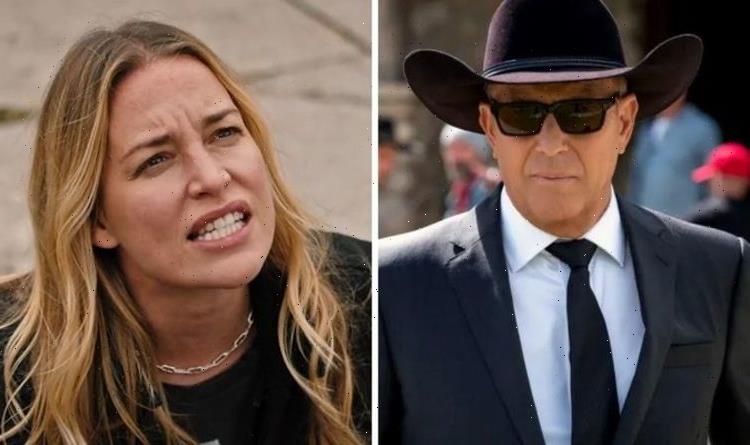 Yellowstone season four, episode five saw John (played by Kevin Costner) and Kayce Dutton (Luke Grimes) head into town to investigate an escalating protest. Episode six of the Paramount Network series will see the pair try to appease the group, with John betting a tour around the ranch will show them the error of their ways. There will be a number of guest stars in the episode, with the protest’s leader taking centre stage.

First introduced in episode five, Summer will return for the sixth instalment where her character will be explored in greater depth.

John will take Summer on a tour of the Dutton ranch, hedging his bets she will see the protest isn’t justified.

Of course, there could be a lot of head-butting along the way, with fans expecting Summer and Beth Dutton (Kelly Reilly) to clash.

There have also been bubbling rumours John and Summer could start a romance, so fans should watch out for any sparks flying on Sunday night.

Beth shocked fans when, in episode five, she decided to accept a job offer from Market Equities.

The company’s CEO is Caroline Warner, who fans are hoping to see a new side of in episode six.

Beth isn’t sure what the new role means for her, or how she fits into the company.

But Caroline has some big plans for Beth, and they will finally be revealed in episode six.

Christina is the ex-partner of Jamie Dutton (Wes Bentley) and a rift has formed between the pair since season three.

However, as Jamie has become more independent, Christina’s return could lead to a reconciliation.

Of course, Christina isn’t just waiting on the sidelines, and it’s possible she might have some surprises in store for Jamie.

Katherine Cunningham stars as Christina, with the star recently appearing in Condor, Grey’s Anatomy, and NCIS as Laura Ellison.

What will happen in season four, episode six?

As usual bosses are keeping plot details tightly under wraps but the episode looks to focus on building bridges between characters.

With John and Summer touring the ranch, the pair are currently at ideological odds, but there were early signs of something more in episode five.

Meanwhile, Jamie and Christina’s complicated past could finally be forgiven and accepted, with the pair deciding to rekindle their romance.

On the other hand, some friendships could be torn apart.

Rip Wheeler (Cole Hauser) and Lloyd (Forrie J Smith) have come to blows on numerous occasions this season and it looks as though they will fight again in episode six.

If they were to permanently end their friendship, it would no doubt have a cascading effect on the entire ranch.

Yellowstone continues Sunday, December 5 at 8pm EST on the Paramount Network in the USA. A UK release date is yet to be confirmed.