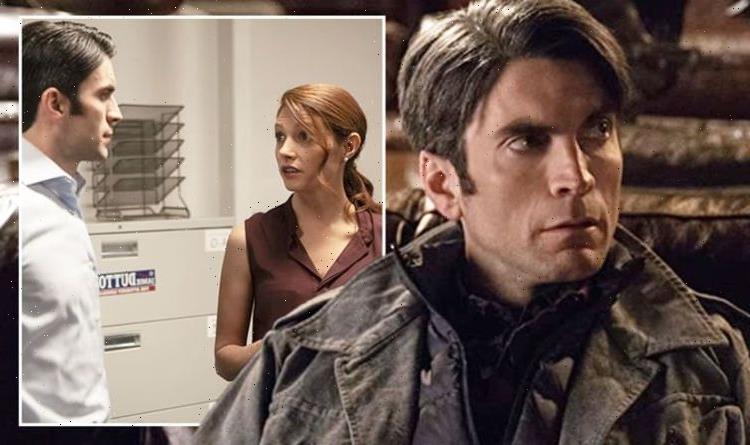 Jamie Dutton (played by Wes Bentley) is no stranger to having his world turned upside down in Yellowstone, whether it be discovering the truth about his parentage or inadvertently murdering journalists. However, one of the most talked-about bombshells to come his way came in the second season of the Paramount Network drama when his campaign manager-turned-lover Christina (Katherine Cunningham) announced she was pregnant.

When Christina delivered the life-changing news to Jamie, she left him with an ultimatum – ditch his criminal father John (Kevin Costner) and the Dutton’s ranch behind him, or lose her and the baby.

After all, Christina had become all too familiar with the criminal goings-on that took place at the Yellowstone Ranch thanks to Jamie in his attempts to secure the role of Montana Attorney General.

And this wasn’t exactly helped when Jamie decided to reveal all about the illegal ins and outs in a tell-all interview with journalist Sarah Nguyen (Michael Conlin) – which in itself would lead to deadly consequences.

However, Jamie felt indebted to his father and fought with his conscience after betraying his dad in such a way.

Plus, as mentioned earlier, not only had Jamie laid his family bare when speaking to Sarah, but in his attempts to silence her, he ended up murdering her.

It was only with the help of Rip (Cole Hauser) that Jamie managed to cover his tracks for her murder – again leaving him indebted to the family’s ranch hand.

In the end, Jamie went on to throw himself back into the Dutton way of life and Christina and her baby wasn’t seen again beyond season two.

In fact, Jamie doesn’t even mention the fact he has a child on the way in the entire third season – but could this all change in the fourth run? Actor Cunningham has hinted a return may be on the cards.

It’s worth noting Cunningham’s role in Yellowstone season four is yet to be confirmed but this hasn’t stopped her from expressing her excitement at the show’s return later this year.

With the actor building up the hype for the new season, could she be hinting that a return for her is on the way?

Christina returning to Jamie’s life would undoubtedly be one of the most exciting plot lines to possibly happen in season four.

With so many questions left unanswered as Christina and Jamie’s story, this could be the biggest clue yet Cunningham knows a shocking twist is in store.

Christina, for all fans know, is still alive and in Montana and given the time that passed in season three, it’s not unlikely she’ll turn up at the ranch with their child in tow.

But Cunningham’s remarks about the fourth season aren’t the only clue to hint at an appearance from Christina and her baby as eagle-eyed fans spotted a rather interesting casting call for the fourth season.

Taking to Reddit last year, one fan shared a casting call sheet reportedly listed at KidsCasting.com which called for twins between newborn to six months old.

With no other prominent characters expecting a child, it didn’t take long for fans the predict this could be to cast the role of Jamie and Christina’s baby.

“Wow, interesting! I wonder if that’s Christina’s baby? It seemed like the writers dropped that storyline or just forgot about it,” one fan replied.

While a second added to the discussion: “I guess Jaime’s having twins!”