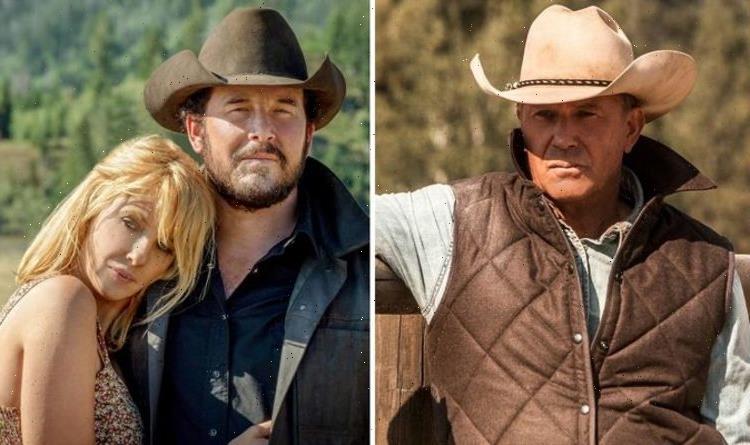 Yellowstone is the international hit Western drama on Paramount Network, set on the beautiful ranch in Montana. The Dutton family is never too far away from trouble and season three proved to be no different. With such a dramatic ending though, viewers are more eager than ever for the next series to begin.

Has the Yellowstone series 4 start date been announced yet?

Yellowstone was renewed for season four last year, when the third series came to an end.

John Dutton (played by Kevin Costner), Kayce (Luke Grimes) and Beth (Kelly Reilly) were all in danger after they became the targets of individual attacks.

The outcome of the incidents wasn’t revealed so it remains unclear who managed to pull through.

Fans were excited last month for season four to premiere but sadly this wasn’t meant to be.

They have been keeping an eye on the Paramount Network’s social media channels for the latest updates.

The past couple of series have come out in June and so it was believed by many that season four was going to start on June 20.

The cast and crew have pretty much remained silent on the matter with no announcement being made by Paramount Network as of yet.

A teaser regarding the release date did come out earlier this month though.

It may not have been the news fans had hoped for, but it did provide some valuable insight.

Up until the promo coming out a few weeks ago, there had been no indication of when season four would start.

But the trailer thankfully gave fans some idea of when to expect the new episodes.

Almost in a response to viewers’ outcry for the next series, the promo says: “Revenge will be worth the wait”.

The trailer then ends by saying that series four will be “coming this fall”.

Most of the teaser includes old footage, but there is a new clip of ranch hand Rip Wheeler (Cole Hauser) discovering John injured at the roadside.

While an exact release date hasn’t been announced by Paramount Network, more details are slowly but surely coming out.

Another trailer is expected to be dropped closer to the time of the series four premiere.

In an interview with Esquire, actress Reilly gave a hint at what’s to come, stating that her character Beth and Rip aren’t at “the happy ending stage yet”.

But Hauser did point out the fact fans had a lot to look forward to, saying it would be one of the most exciting seasons yet.

During a virtual happy hour hosted by Hall Wine, Hauser said: “The way we ended season four, I can’t give too much away, but the way season four ends I think the audience.

“I think you’ll be happily surprised with a lot of things.”

The actor also confirmed that he would be heading back to Montana for more filming.

So despite there being no more news on the start of season four, viewers will be relieved to know a series five is already in the works.

Yellowstone is available to watch on Paramount Network.