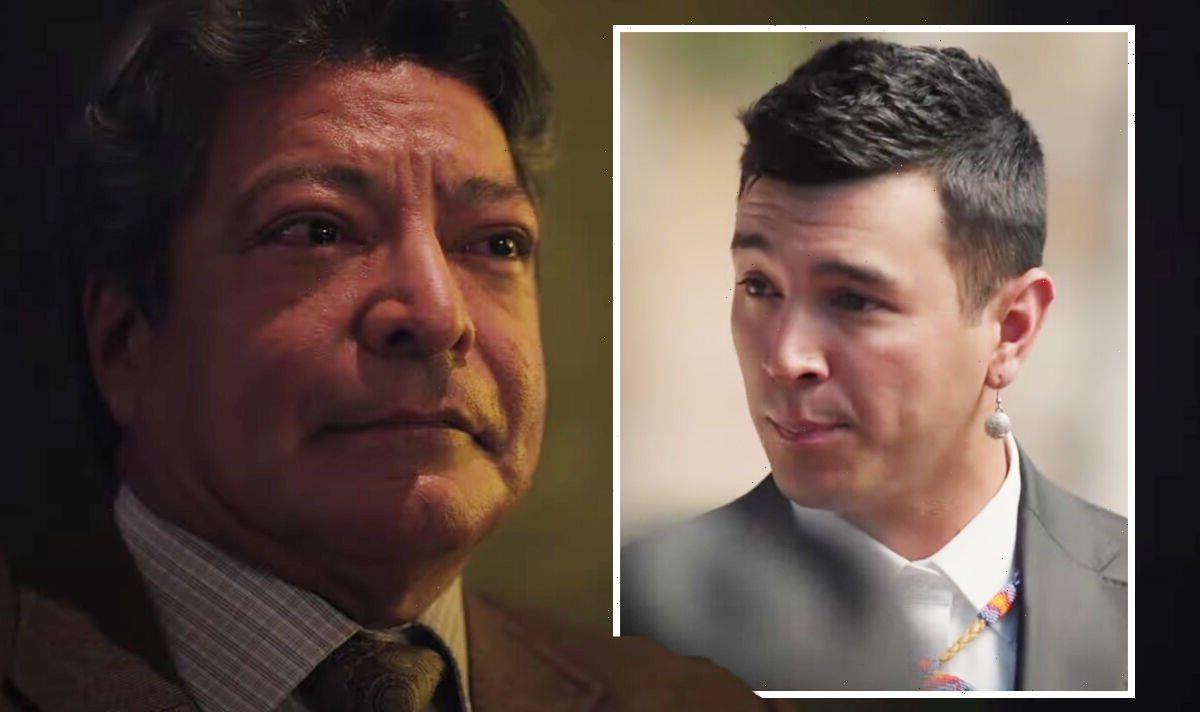 Thomas Rainwater (played by Gil Birmingham) would’ve been forgiven for expecting his rivalry with frenemy John Dutton (Kevin Costner) to take up most of his time heading into Yellowstone season five. However, just three episodes in, it’s become clear Thomas will find himself embroiled in a new feud involving a newcomer to the Paramount Network drama and a former ally.

Thanks to his work alongside John throughout season four in their joint bid to put a stop to Market Equities’ plans to overhaul Montana, Thomas has irked consultant Angela Blue Thunder (Q’orianka Kilcher).

Now she’s back in the fray following her absence in season four, Angela is less than pleased that John has now been elected as Governor of Montana.

John is now perceived as a threat by Angela to the preservation and progress of the Broken Rock Indian Reservation and she holds Thomas partly responsible for him being in such a position of power.

And she isn’t alone following the introduction of Martin Kills Many (Christian Wassana) in episode three of season five, a young Native American figure keen to turn people against Thomas.

Martin Kills Many entered Yellowstone to protest against Thomas’s plans of expanding his casino empire, insisting it doesn’t help those on the Reservation and only lines the pockets of “white people and Rainwater himself”.

Thomas and his righthand man Mo (Mo Brings Plenty) witnessed Martin holding a protest outside his Gray Wolf Peak Casino and he had clearly garnered a lot of local support, forcing them to divert.

Angela only added to Thomas’s woes with some words of warning to her former ally, telling him she was “removing” him.

However, Wassana and Birmingham have now shared their thoughts on the beginning of the rivalry to Paramount’s Behind the Story, and Birmingham doesn’t seem convinced the two youngsters have what it takes to topple Thomas.

“So Martin Kills Many is kind of younger generation coming in to basically give Rainwater a run for his money,” Wassana explained.

The Yellowstone newcomer went on: “I’m excited to see the run that Kills Many gives Rainwater.”

Birmingham weighed in: “He [Kills Many] sees an opportunity, whether it’s for the people or for himself is yet to be seen.”

Possibly highlighting a flaw in Angela and Martin’s plans, however, Birmingham continued: “I think that he’s just a young Native warrior that’s inspired by Angela.

“Young warriors are very ambitious that way, that’s where they lack the wisdom.”

Could this lack of wisdom ultimately lead to Rainwater emerging on top by the time season five concludes?

Birmingham certainly seems unconvinced Angela and Martin have what it takes to get the better of such a prominent figure within the Broken Rock Reservation.

Fellow Yellowstone star Brings Plenty also weighed in to seemingly downplay the significance of Martin’s introduction, branding him simply as a “naysayer”.

He added to the conversation: “When someone tries to do their best for the people, there’s always gonna be a naysayer.”

However, will Birmingham’s character find himself underestimating Angela and Martin if they join forces?

Or will Thomas have to put his differences with John and the rest fo the Duttons aside once again in order to overcome this latest hurdle?

Yellowstone season 5 continues Sundays on the Paramount Network in the USA and Mondays on Paramount+ in the UK.