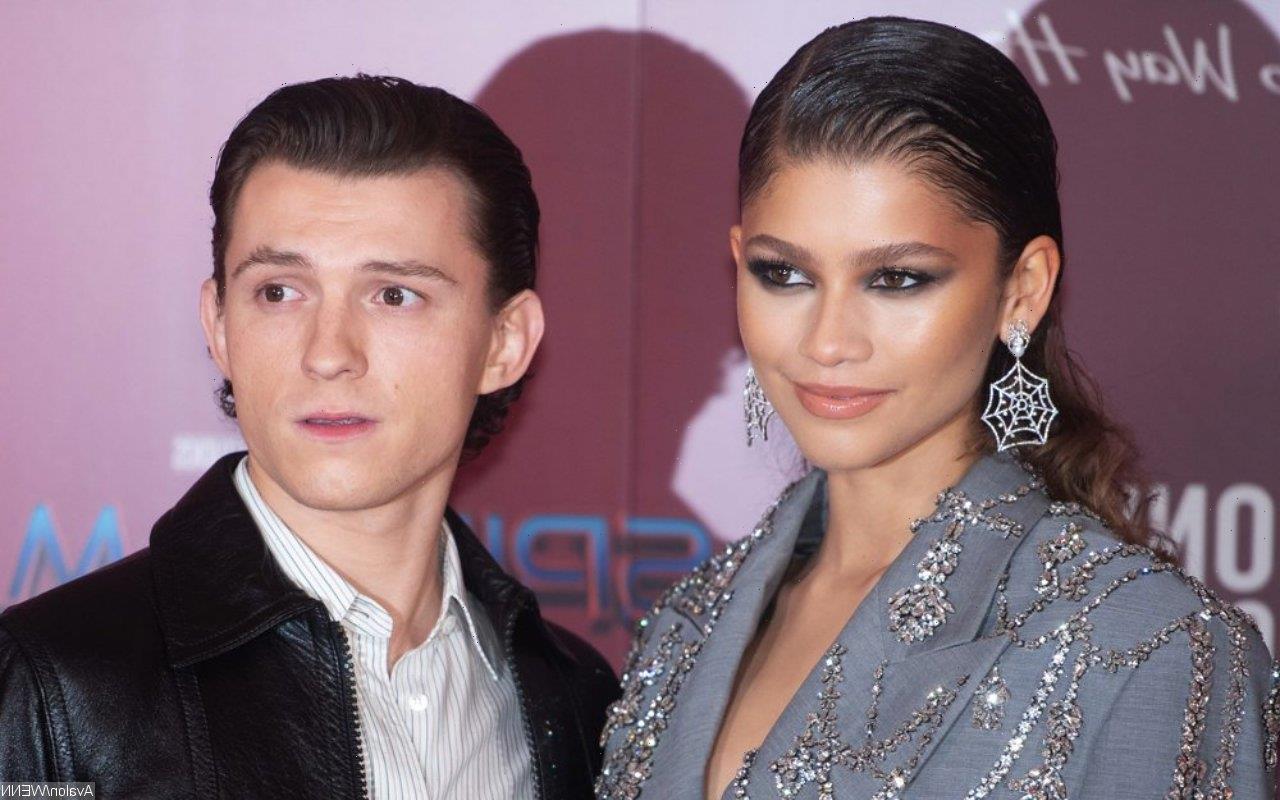 The Rue Bennett depicter on HBO’s teen drama series unveils that she once thought about sneaking her boyfriend, who desperately wants a role on the show, into the background and seeing if someone can spot him.

AceShowbiz –Zendaya Coleman has discussed the possibility of Tom Holland having a cameo on “Euphoria“. In a new interview, the actress portraying Rue Bennett on the drama series joked that her boyfriend “pops out” on the show.

During a sit-down with Extra on Thursday, January 6, the “Dune” actress was asked about “the suitcase’s contents” of the new season. In response, she replied, “I cannot tell you!” She then added a joke that Tom is going to be a big surprise. “He pops out. That’s the big spoiler,” she said, laughing.

Speaking to Entertainment Tonight, Zendaya shared that Tom, who previously claimed to have visited the set of season two “at least 30 times,” had “supported” her throughout filming. “The Greatest Showman” actress then added that the pair had “talked about” the Spider-Man depicter in Marvel Cinematic Universe having a potential cameo, saying, “You know, we joke about sneaking him into the background and seeing if someone can spot him.”

While Tom and Zendaya recently have shared screen time together in the latest Spider-Man film, “Spider-Man: No Way Home“, the British actor recently revealed that he wanted to make an appearance on the HBO series. “Listen, I have been petitioning for this for a long time and it has not happened yet and I’m very disappointed,” he said last December during a Q&A with IMDb.

As for Tom’s girlfriend Zendaya, she appears on the HBO teen drama series, which also stars Hunter Schafer, Jacob Elordi and Sydney Sweeney, as teenage drug addict Rue. She won an Emmy for her portrayal of Rue in the first season of the series, which first aired in 2019.

Speaking of her character Rue, Zendaya said that what she’s “really searching for” this season is “a little bit of peace, a little bit of happiness.” She elaborated, “She’s trying to be a functioning drug addict.”

“I think we all know that’s not going to work and not going to last and [will] probably come to a very painful end. That’s something she has to find and learn on her own, no matter how painful it is to watch her have to deal with,” Zendaya continued. “I do want to maintain a sense of hope for her future and the things she wants in her life.”