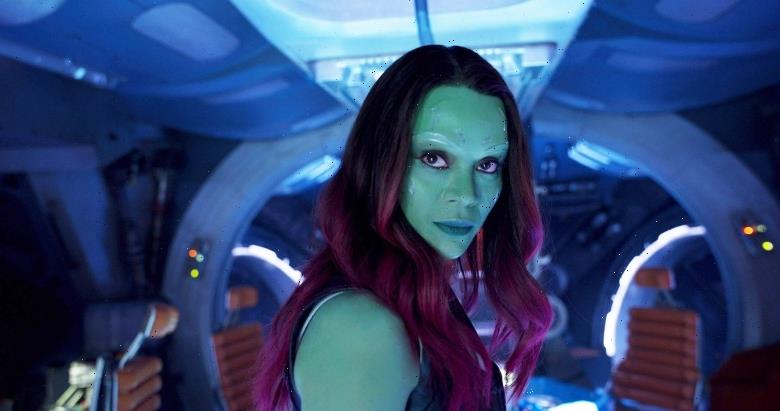 After starring as Gamora across the Marvel franchise, “Guardians of the Galaxy Vol. 3” marks the final James Gunn installment in the space adventure franchise, co-starring Chris Pratt and Dave Bautista. Saldaña addressed her future in the MCU post-“Guardians.”

“I can never say no to anything, but that green makeup? I wouldn’t be upset if it didn’t happen again,” she told Variety. “I miss Gamora, but I don’t miss 3:30 a.m. calls and five-hour makeup sessions and trips to the dermatologist afterwards.”

Saldaña continued, “Every time that, you know, that 8-year-old or that dad and mom or those generational fans that remind me that what I did was special to them, it makes me not be cynical about Marvel. It makes me understand that younger audiences should stop being overlooked. They have feelings too and if something impacts them, just because we consider it stupid or immature or cheeky, doesn’t mean it’s not special.”

It remains to be seen if Saldaña will reprise her role of Gamora in the upcoming Disney+ special “The Guardians of the Galaxy Holiday Special,” which hinges on cheering up Star-Lord (Pratt). Writer-director Gunn, who is now overseeing the DC franchise at Warner Bros. Discovery, previously called the MCU holiday special “the greatest thing I’ve ever done in my life.”

“It’s totally ridiculous, and every day we can’t believe that we’re making it,” Gunn said earlier this year. “We all completely love it. It is unlike anything that anyone’s ever seen before. I can’t wait for people to see it. And it’s out pretty soon. You know, it’s out this Christmas.”

Similarly to Saldaña, “Thor” star Chris Hemsworth teased the possibility of hanging up his hammer.

“I feel like we’d probably have to close the book if I ever did it again, you know what I mean? I feel like it probably warrants that,” Hemsworth recently told Vanity Fair. “I feel like it’d probably be the finale, but that’s not based on anything anyone’s told me or any sort of plans.”