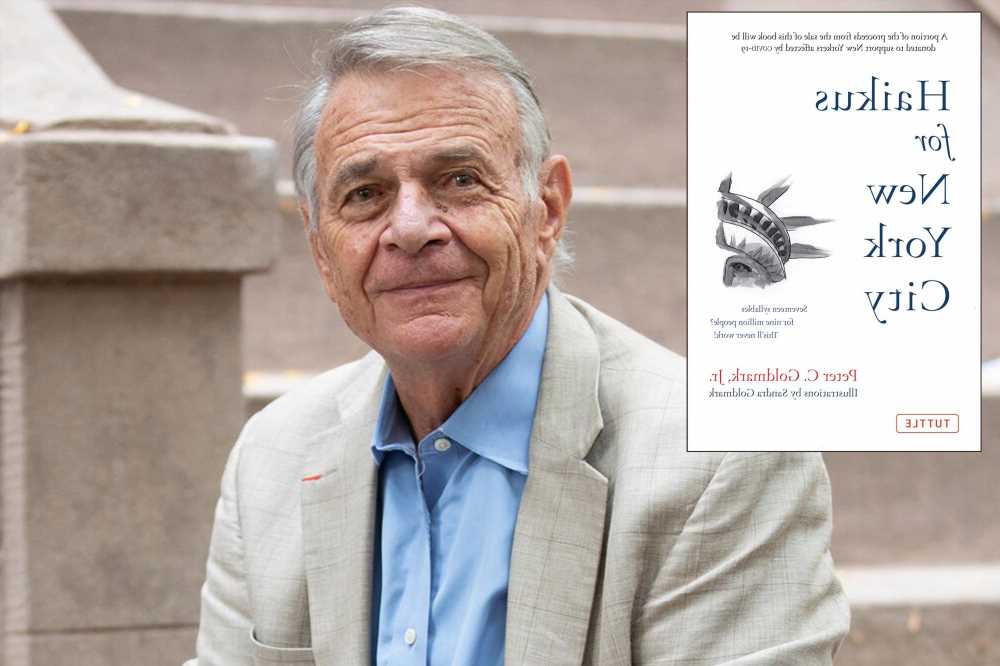 ‘Twisted’ justice in Minneapolis and other commentary

‘Vaccine passport’ perils and other commentary

‘You look suspicious’: Amanda Gorman says she was racially profiled by guard

Peter Goldmark has held many highly impressive jobs, including head of Port Authority of New York and New Jersey, president of the Rockefeller Foundation, program director at the Environmental Defense Fund, and publisher of the International Herald Tribune. Now he can add “author and poet” to the list: “Haikus for New York City,” (Tuttle Publishing), out now. “Seventeen syllables for nine million people? This’ll never work!” declares the cover.

These poems are a love letter to the city. (“In this city of crowds, horns, shoving, hurrying/You can be alone” “Ever go one entire day/crossing only/at the corners on green?” “Others think New Yorkers are wise-asses/We’re just being descriptive.”

Goldmark began casually writing poetry at age 40, as a way to deal with professional stress. “I’ve had jobs with real pressure — riots, hostage situations, and this was a way to figure out what I was really feeling.”

One such high-pressure job: Serving as New York state budget director during the 1970s fiscal crisis (“We won that game in the bottom of the ninth,” he says. “But we almost didn’t.”)

The haikus were a way of working through the sadness of this past year. Eight members of his immediate family had COVID-19, so there was a very personal dimension to the pandemic. Writing helped. “This was a moment to rediscover and honor some of the great things about NYC, during a time we rediscovered that we wanted to help each other,” he says. “And we rediscovered, with reverence and mischief, that we can rise to a challenge.”

Post-pandemic, New Yorkers will be required to exhibit a most un-New Yorky quality: patience. “The city needs us all to orient ourselves for a period of shakeout when we discover what was only a temporary change, and what was leading to a big change,” he says. “We don’t know how that will sort out. But it needs us to be ready, and to go on that journey together.”