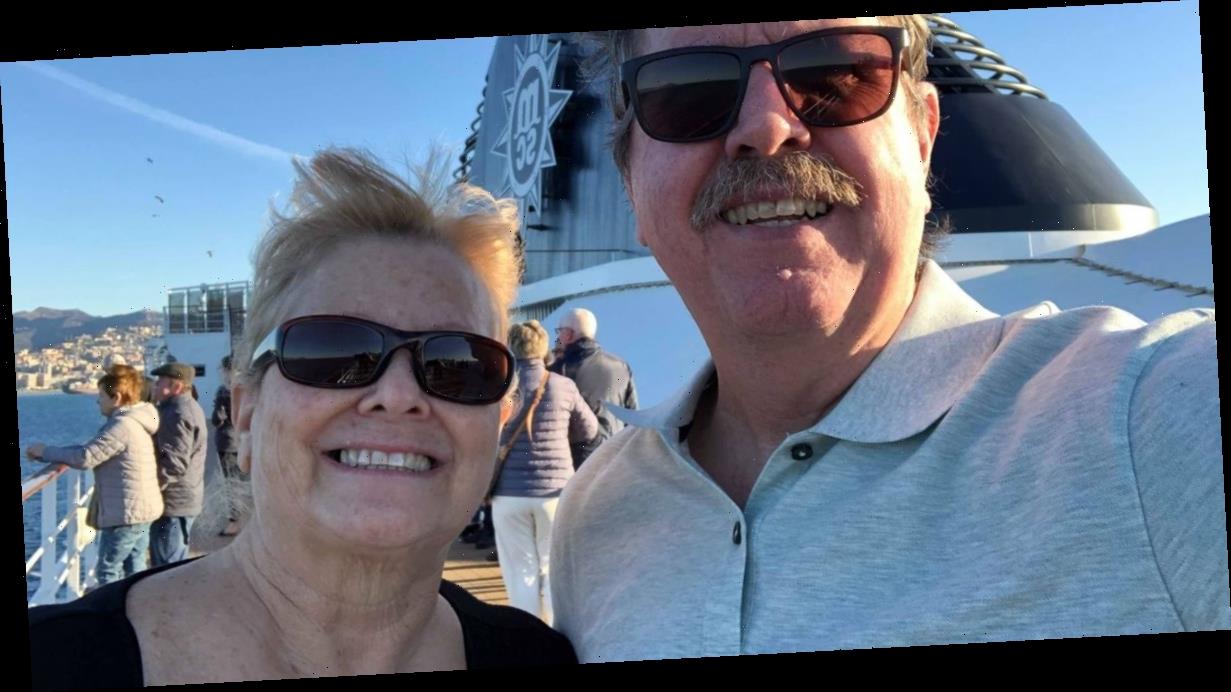 Holidaymakers are trapped on a cruise ship and been told not to leave after a former passenger tested positive for coronavirus.

The captain of MSC Opera has told more than 2,000 people not to leave the ship.

Passengers were urgently called back from excursions and told it was due to a ''security problem''.

But once back on the ship they were told that a previous passenger who had sailed on the ship last week had tested positive for the bug.

The news came after the ship's itinerary had already changed twice due to Governments updating their travel restrictions at a ''fast pace''.

A letter given to guests from Captain Pietro Esposito said: ''I have just learned – and I wanted you to know straightaway – that we have been contacted by the Austrian Health Authorities who have informed us that a previous passenger who sailed with us last week on MSC Opera, has been diagnosed with COVID-19.'

''The male passenger, of Austrian nationality, disembarked from MSC Opera in Genoa, Italy, on Friday morning 28 February, and is currently back in Austria.

''To be clear: this person is not on board.

''We are currently still waiting for further clarity and guidelines from the Austrian Health Authorities and are in touch with the Greek Authorities. However, we are proactively taking a number of precautionary and preventative measures to ensure the safety of passengers. All passengers and crew are requested to remain on board until we have further clarity on the matter.

Passenger Mike Knotts and his wife Charysse told Mirror.co.uk that their tour of the Acropolis of Athens was suddenly cut short.

Mike said: ''We were told that there was a security problem and we had to return to the ship.

''When we got back the captain made an announcement and we were given letters.

''There was lots of drama at the front desk with one man yelling.

'We're now on our way to Corfu but we don't even now if we will be able to get off the ship.''

The couple, originally from San Antonio, Texas, but who now live in Frankfurt, added: ''We weighed up all of this before getting on the ship.

''My wife's company said we would have to self-isolate on our return because we were going through Italy, so we're not very concerned.

''They have been very strict about hygiene and washing hands.

''We've been on lots of cruises and things happen and you just carry on.''

Staff on the MSC Meraviglia were filmed grappling with the guests in the liner's dining hall.

Blanca Haddad, who recorded the footage, claims it shows crew members using pepper spray against those involved in the scrap.

The ship was turned away by the authorities in Jamaica and the Cayman Islands over fears that people onboard were infected with coronavirus.

However, Mexico reportedly allowed the vessel to dock and doctors confirmed a female guest and a crew member who were suspected of having the disease actually had the flu.

Last month a British man died from coronavirus on the Diamond Princess which was hit by an outbreak of the disease.

The man did not live in the UK and was in his 70s.

The latest death brings the total number of passengers who have died on the cruise ship to six.

Japanese news agencies made the announcement following a statement from their ministry of Health, Labour and Welfare at around 1pm UK time.

A further four British people who arrived at a UK quarantine centre from the Japanese cruise ship had tested positive for coronavirus.

The Brit who has died is not one of these four people.

His name and age have not yet been released.

The Diamond Princess liner was carrying 3,700 people, including 78 Britons, when it was quarantined in Yokohama on February 5 after a man who disembarked in Hong Kong was found to have the bug.

A spokesperson for MSC Cruises said: ''Health Authorities in Austria today informed us that a passenger of Austrian nationality, who had cruised with us on MSC Opera in the East Mediterranean from 17 to 28 February, tested positive yesterday, 3 March, for COVID-19. This passenger returned directly to Austria through northern Italy on 28 February immediately after disembarking from his cruise in Genoa, Italy.

''MSC Opera earlier today arrived in Piraeus, Greece, and we promptly informed the Greek Health Authorities about this reported case and asked for their guidelines. We requested at the same time that passengers, as a precautionary measure, remained on board while awaiting guidance from the local authorities.

''We shared with the local health authorities the ship’s full medical records as well as the medical and travel history records of the former Austrian passenger.

''The Greek health authorities gave MSC Opera permission around 13:00 CET to sail from Piraeus, Greece, and continue its journey to its next scheduled port in Corfu, Greece. No additional health measures were required to be taken and the ship is currently sailing as planned.

''There are no passengers or crew members currently on board the ship who have reported any flu-like symptoms.

''The health and safety of our passengers and crew will always remain our top priority.''