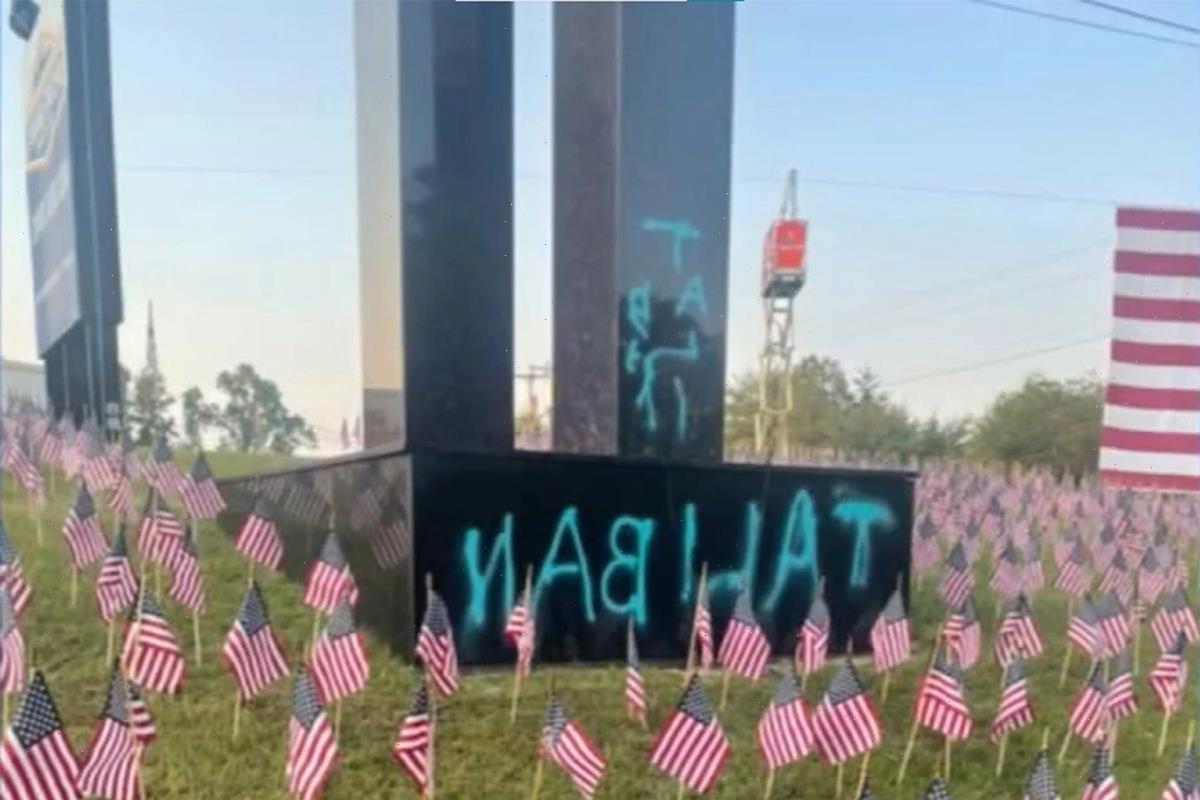 A 9/11 memorial with a replica of the Twin Towers has been vandalized and spray-painted with the word "TALIBAN" on it.

Pictures show the tribute was defaced overnight on Saturday – the 20th anniversary of the terror attacks which killed nearly 3,000 innocent people. 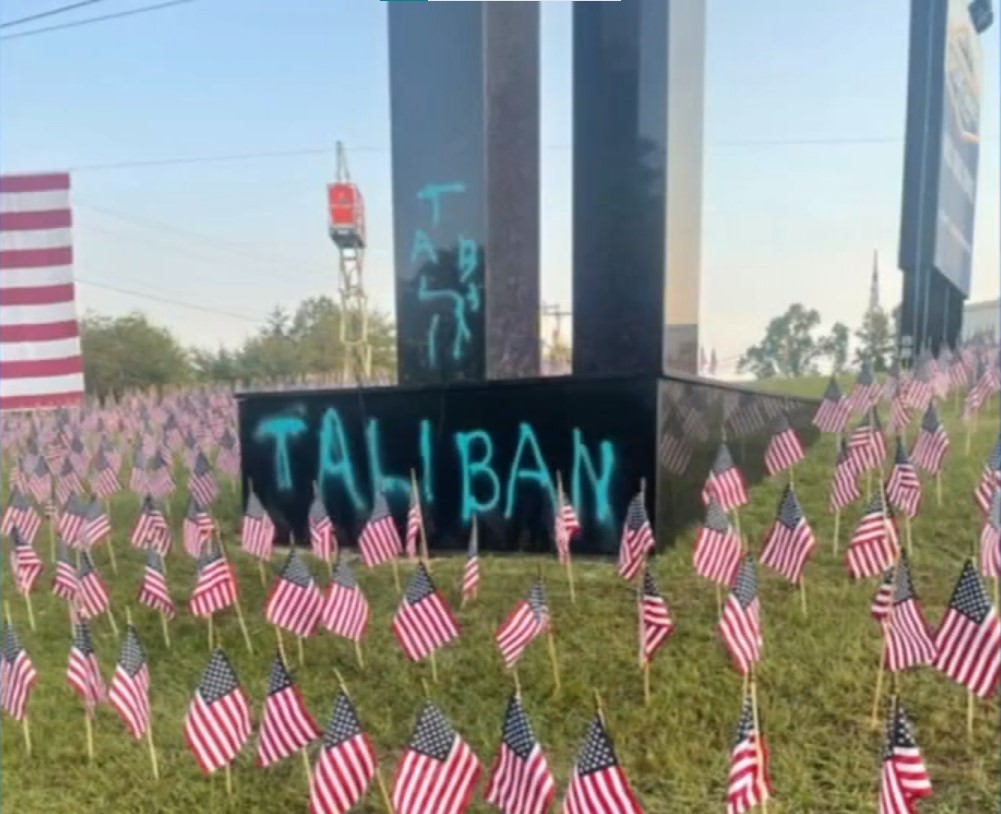 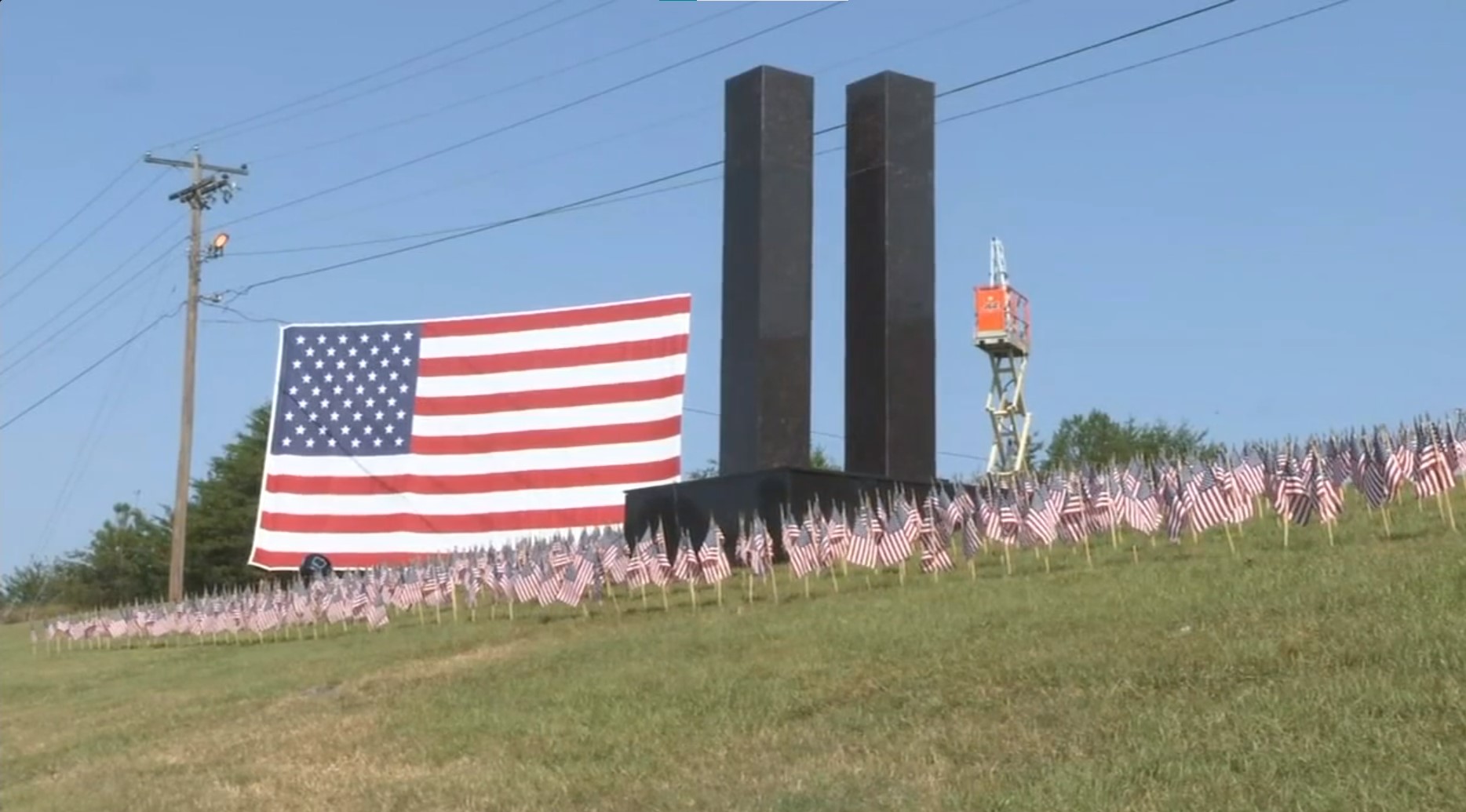 Upstate Granite Solutions in Greenville, South Carolina, had installed the memorial, surrounding it with American flags.

They say the base of the monument and one of the two towers were spray painted by vandals.

AN EFFORT TO UNITE

Company CEO Paul Nichols told CBS17 the memorial had been an effort to "unite over the memory of those who died" and for the "first responders who willingly laid down their lives."

He said: "We spent the time and money on this monument in order to bring our community together."

The vandalism is said to have been cleaned off by Sunday and a police report was filed.

Nichols' wife Kelly told Fox Carolina: "We were hurt by it, upset, I mean not really angry with the person who did it."

She added: "This was meant to unify our community, so we don’t need to have more hatred toward someone.

"This is meant to unify us, to support our first responders, support our military and to just encourage people that America still has something to believe in."

The company added on Facebook: "Takes more than a little spray paint to destroy our spirit of patriotism!"

A memorial for the 13 troops killed in the Kabul terror attack was repeatedly vandalized with US flags were ripped apart and destroyed last week, according to reports.

The tribute was initially set up earlier this month, by an anonymous resident in Riverside, California.

Officer Ryan Railsback, a Riverside Police Department spokesman, told the outlet: "This wasn't wind damage – it looks like someone intentionally cut or ripped these."

A flag display in Boston was also vandalized on Thursday, according to reports.

British, American and other allied forces defeated the Taliban in 2001 after they allegedly harbored al-Qaeda terrorists who plotted the World Trade Center attacks on 9/11.

Western nations have spent 20 years trying to rebuild Afghanistan as a new democratic government was installed and brutal laws enacted by the Taliban were ended.

But last month the Taliban surged back to power and recaptured Kabul as Western forces boarded evacuation planes.