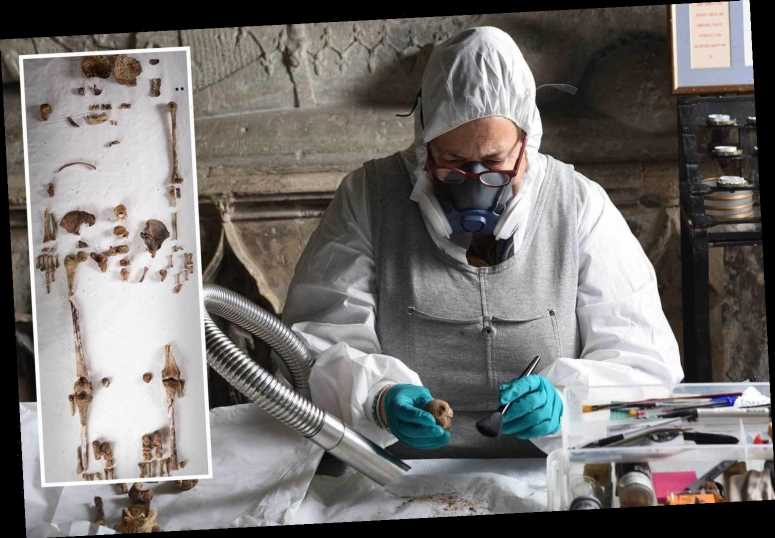 ANCIENT remains hidden inside the wall of a Kent church have been confirmed as belonging to one of England’s earliest saints.

Historical evidence suggests she may be the present Queen’s earliest known relative whose remains have so far been identified. 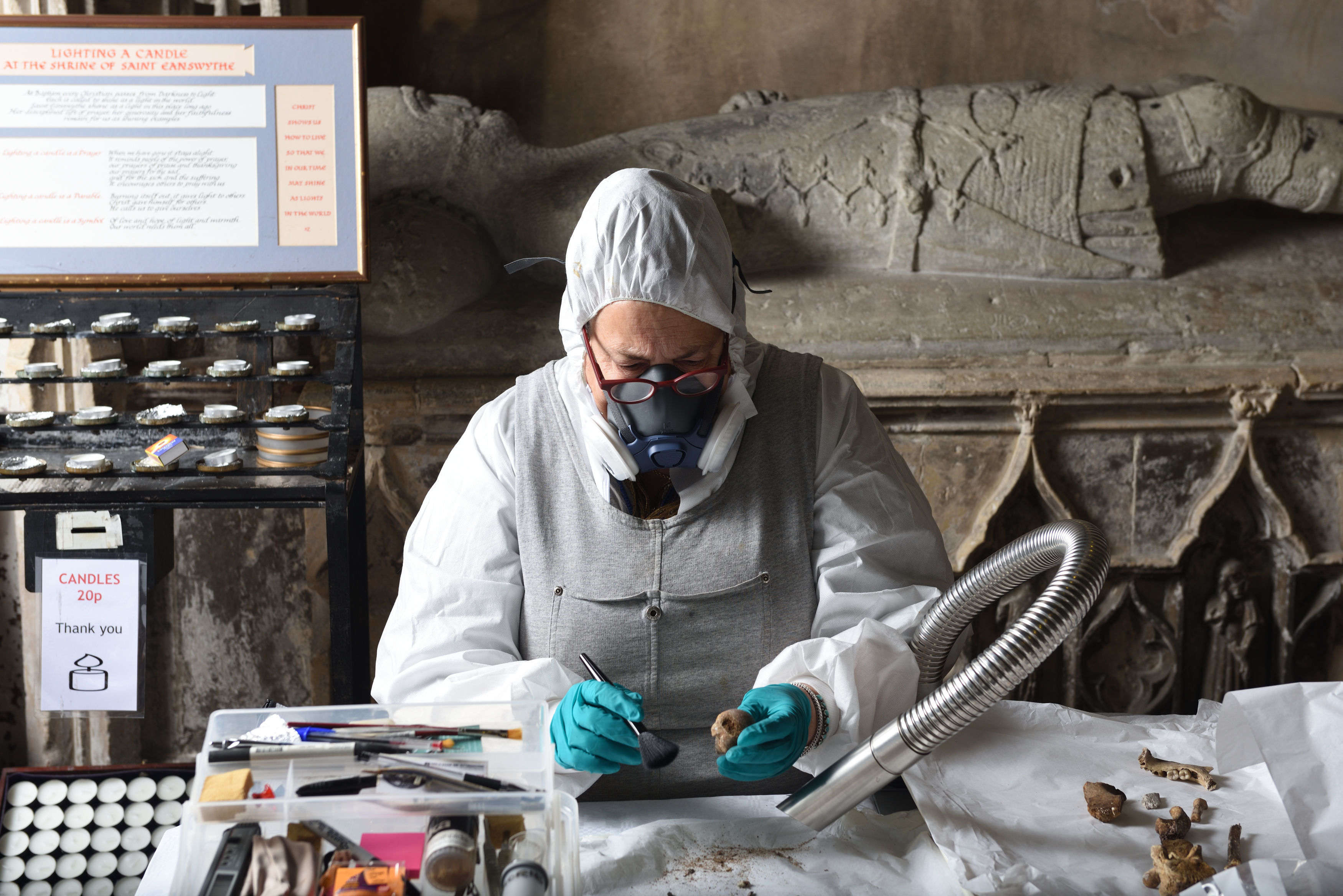 Historians have finally been able to identify the 7th Century bones as belonging to St Eanswythe, a Kentish Royal Saint who was the daughter and granddaughter of Anglo-Saxon kings.

Her remains, hidden away by monks during the Reformation at the Church of St Mary and St Eanswythe, in Folkestone, are considered "of national importance".

The Anglo-Saxon princess was a devout Christian who was said to have refused to marry the pagan king of northeast England and instead decided to become a nun.

Although only a teenager at the time, she is believed to have founded and became abbess of what may well have been England’s first nunnery – potentially at the request of her brother, Eorcenberht, Eadbald’s successor as king.

She was the granddaughter of Bertha, a Christian Queen of Kent who, along with St Augustine, was arguably the key individual responsible for helping to initiate pagan Anglo-Saxon England’s conversion to Christianity.

But tragically, Eanswythe’s life was cut short – possibly by a bubonic plague epidemic – and she died in her late teens or very early 20s.

Over the centuries, Eanswythe's origins and life story have become legendary.

Now, over 1,300 years after her death, Kent archaeologists and historians, working with Queen's University in Belfast, have confirmed the human remains kept at the Church of St Mary and St Eanswythe are those of the saint. 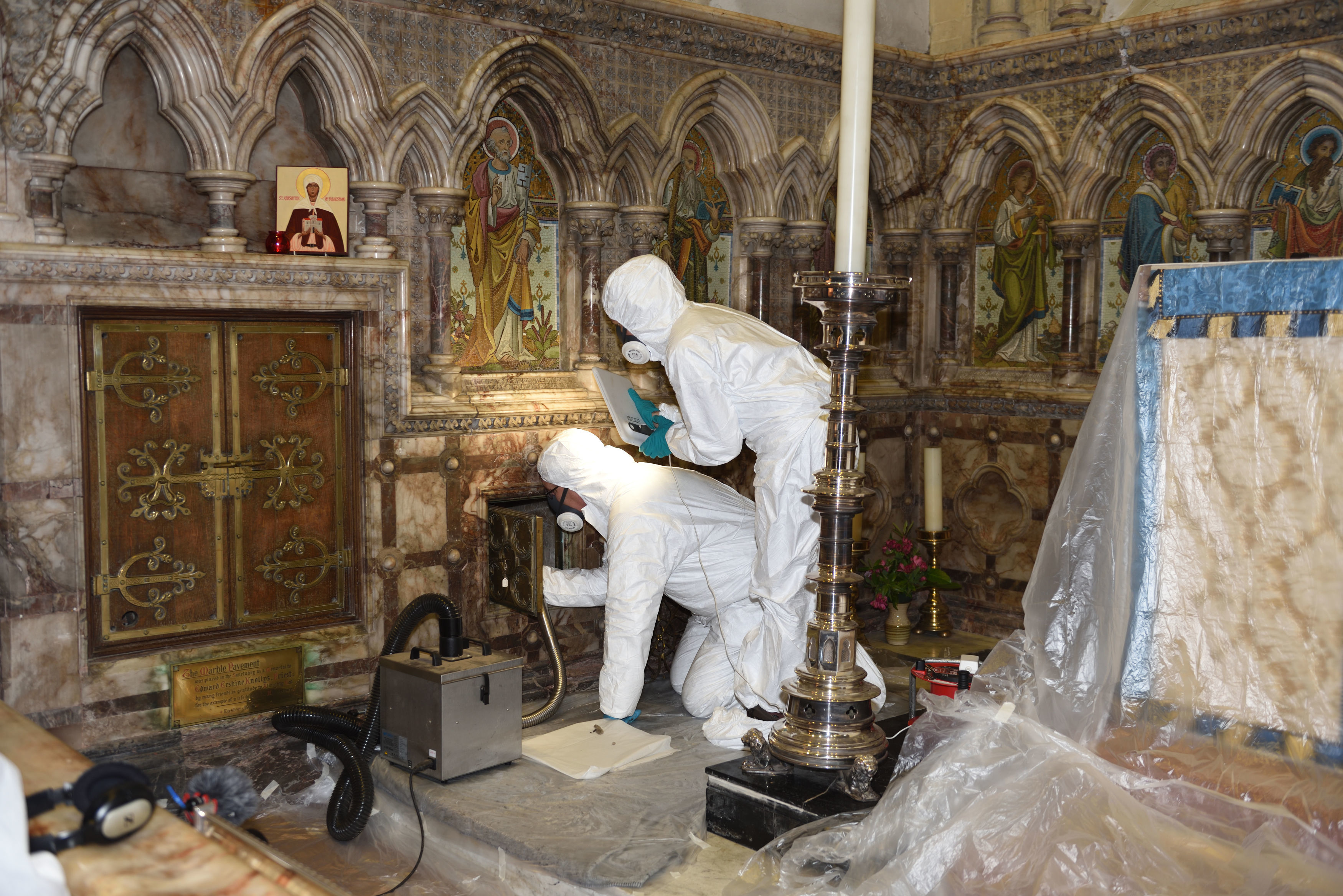 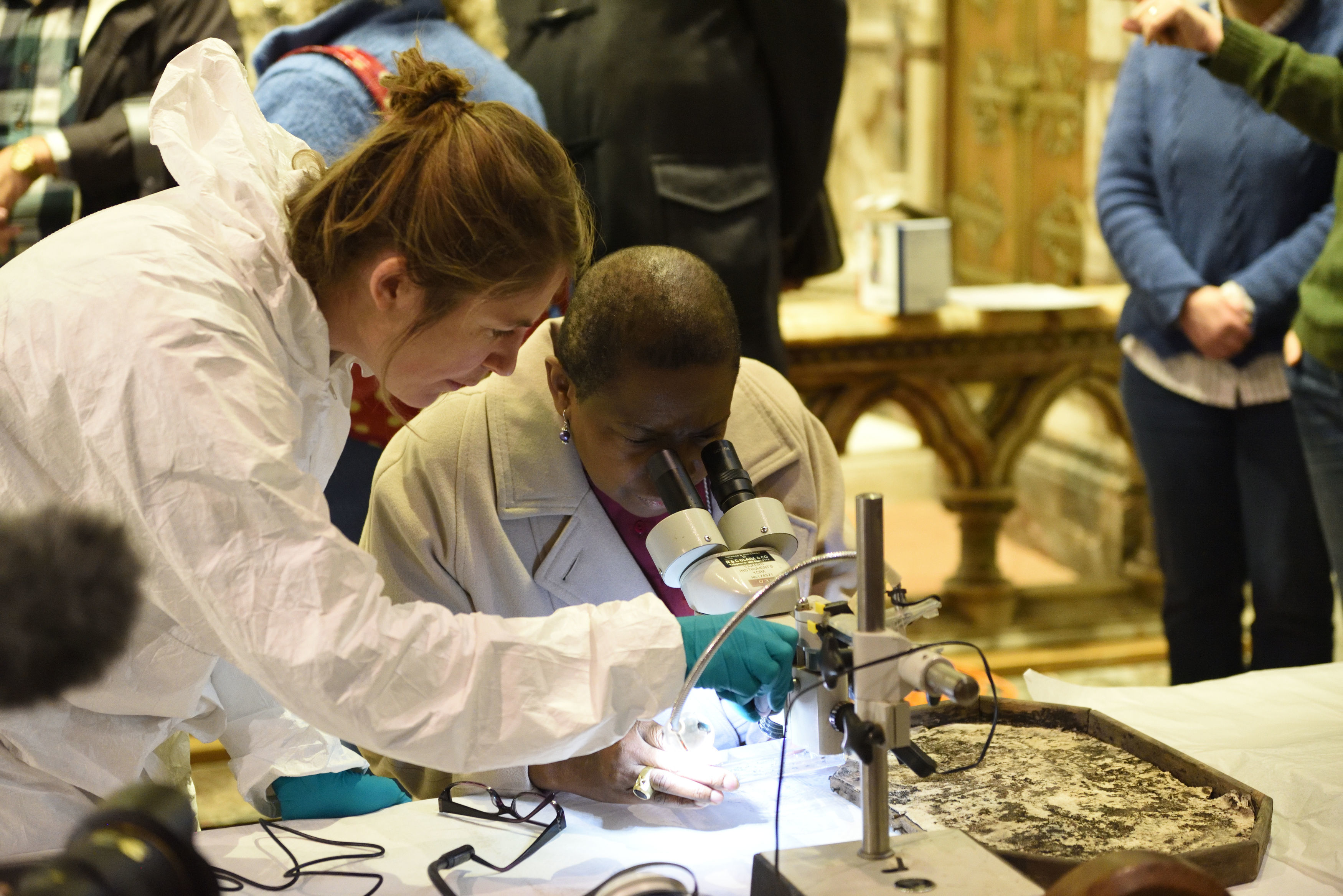 The relics survived the major upheavals of the Reformation, during which Henry VIII's agents seized and plundered the Folkestone church, before smashing the shrine of St Eanswythe.

Her remains, however, remained squirrelled away in the north wall of the church, and were discovered in a 12th-century reliquary in 1885, after church workmen stumbled upon a niche which had been plastered up.

The remarkable discovery was revealed at a special event at the church to mark the start of British Science Week 2020.

The project to identify the remains, funded by the Heritage Lottery Fund, was a collaboration between the Finding Eanswythe Project and Folkestone Museum.

“It now looks highly probable that we have the only surviving remains of a member of the Kentish royal house, and of one of the earliest Anglo-Saxon saints.”

“There is more work to be done to realise the full potential of this discovery. But certainly the project represents a wonderful conjunction not only of archaeology and history, but also of a continuous living faith tradition at Folkestone from the mid-seventh century down to the present day.”

The project hopes to fund DNA analysis of the bones.

The Revd Dr Lesley Hardy, director of the Finding Eanswythe project, said: "As you walk through the streets of Folkestone, you are walking, layer upon layer, over ancient history that is now largely hidden from view.”

"Finding Eanswythe was about bringing that forgotten history back to the surface."

Funds will now be sought for further scientific analysis of the bones – including establishing DNA – and to ensure they are securely housed and displayed. 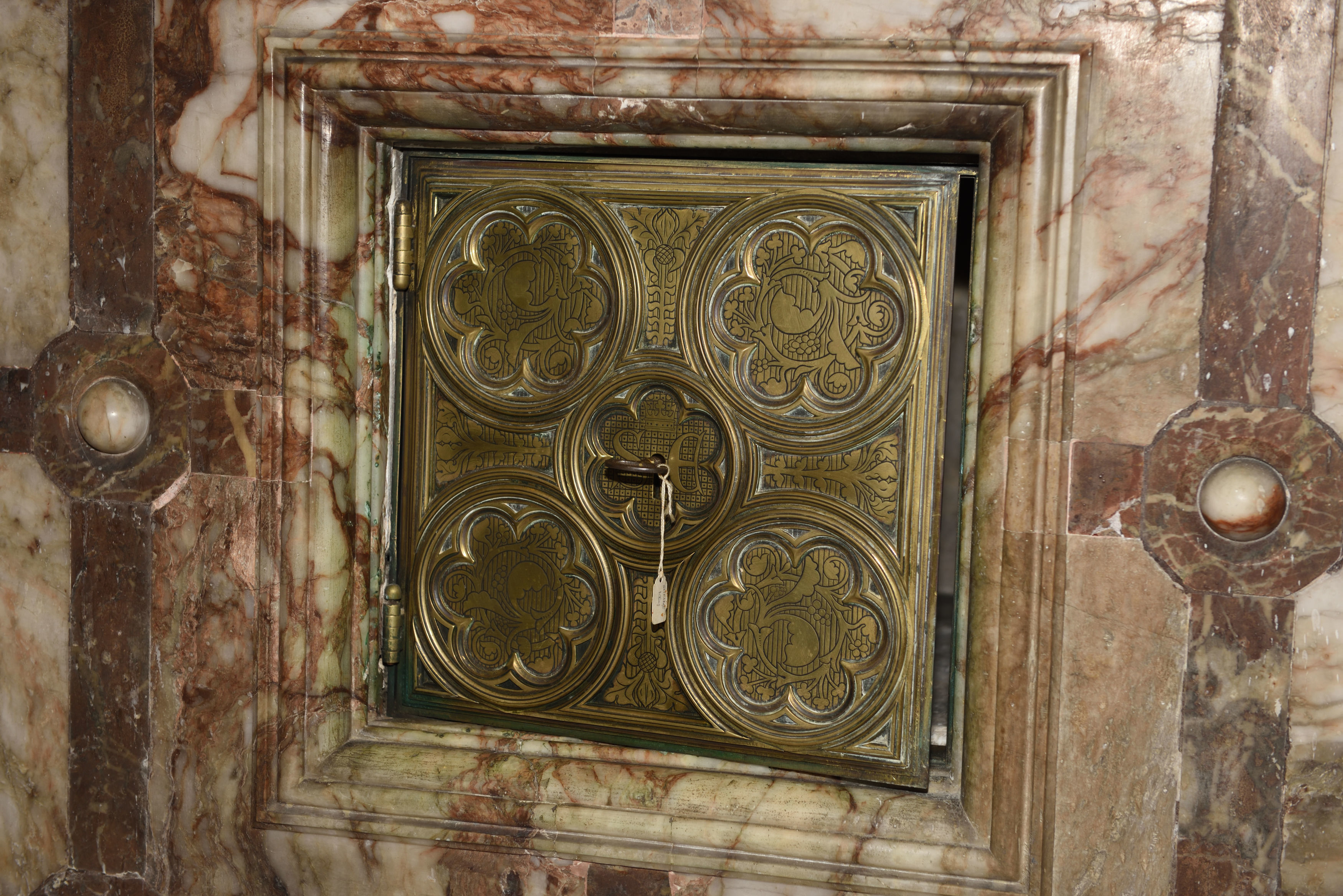 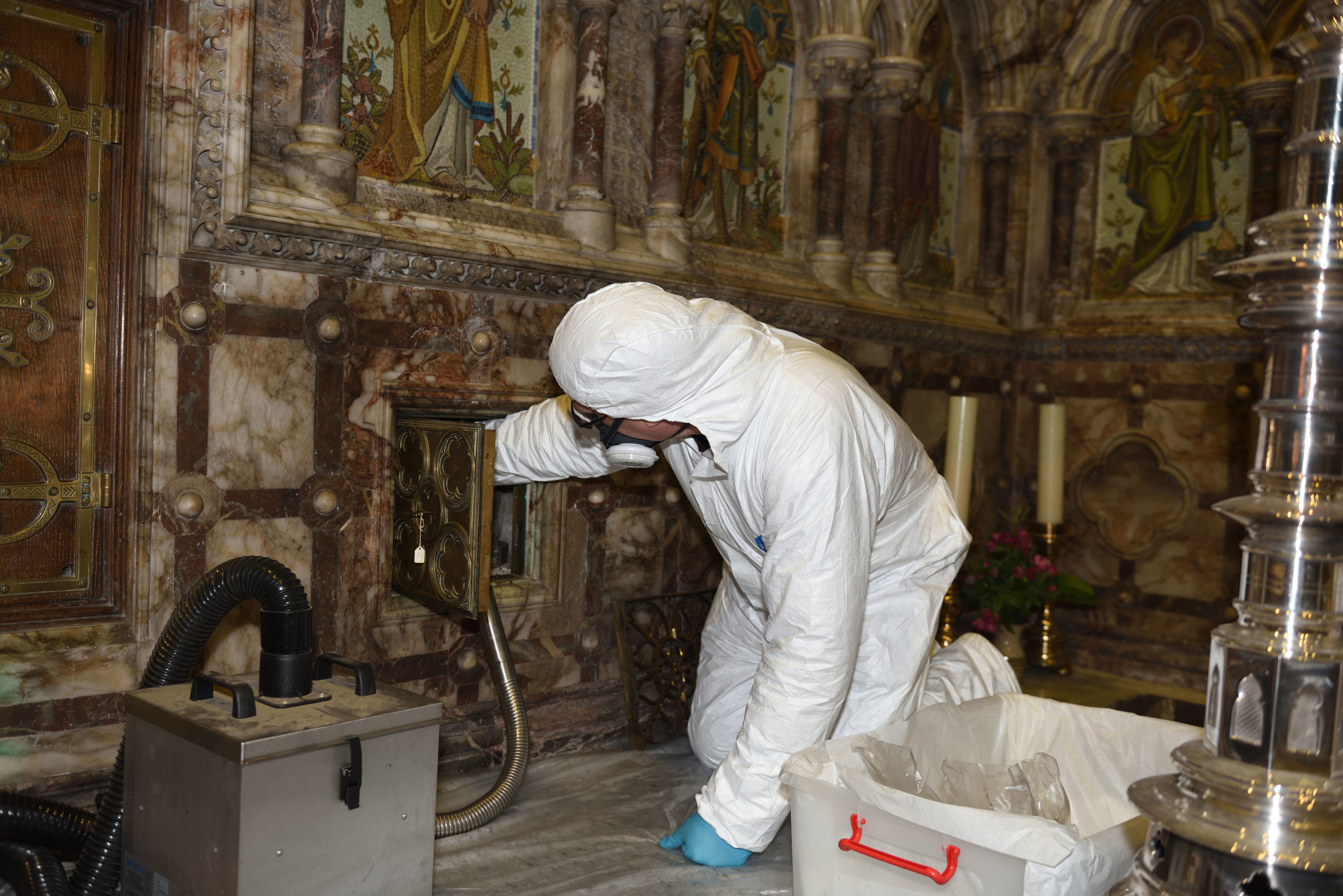