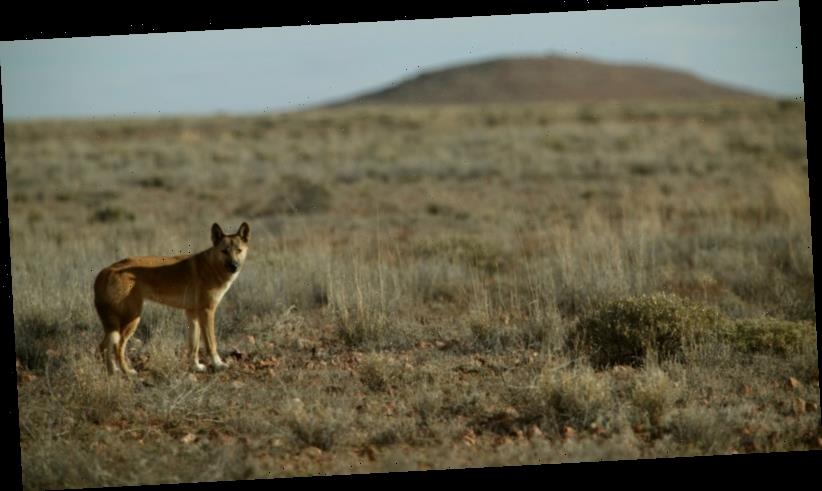 An animal rights group has voiced concerns about a proposal to reintroduce dingoes into the Grampians, warning the native predators would be at risk of being poisoned or shot if found on private property.

A 15-year draft plan created by Parks Victoria and three groups of traditional owners to guide the management of the Grampians was released in November and contained a proposal to restore “locally extinct and culturally significant wildlife” such as the dingo and the quoll. 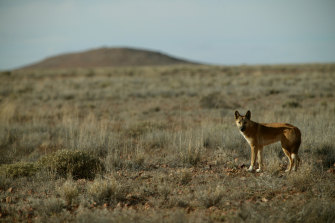 The proposal to reintroduce dingoes into the Grampians National Park has been fiercely opposed by local farmers.Credit:Neil Newitt

It outlined a proposal to investigate, with farmers and academic institutions, whether the reintroduction of the native predator could “restore missing ecological processes” and control pest species as well as overabundant populations of kangaroos and wallabies.

Dingoes are an important species to the local Indigenous groups who refer to the area as Gariwerd and have “for thousands of years had a symbiotic relationship as semi-wild companions to Aboriginal people”, the draft plan says.

The draft plan, which is now closed to submissions, is not government policy, but forms one of the first stages in a process of community consultation.

Animal Liberation campaign director Alex Vince said the group’s submission made clear that while it understood the motives behind the proposal and agreed dingoes played a critical role in the ecosystem, it held concerns that the animal would be poisoned with bait or shot by landowners.

Dingoes are protected in Victoria, however, legislation created a decade ago under the Wildlife Act 1975 declared the dingo “unprotected wildlife” in certain areas of the state, allowing them to be controlled for the protection of livestock on private land and along the boundaries of public land.

Mr Vince said that more than 90 per cent of the land adjoining the proposed reintroduction areas in the Grampians was private property.

“Our concerns [are] about the local geography and ongoing lethal control programs which could threaten the welfare of these species if the plan gets the green light,” he said. 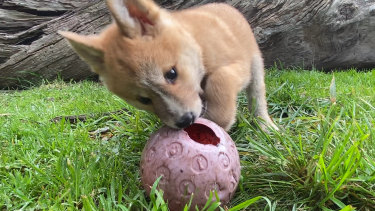 A dingo cub at the Dingo Discovery Sanctuary, Research and Education Centre in the Macedon Ranges.Credit:Margaret Gordon

“They cannot be allowed to roam free if that offer is followed by an ever-present threat of poison baiting or a hail of bullets if they step foot over an invisible boundary onto the property of a farmer who has already warned that they are looking for any excuse to shoot them on sight”.

Victorian Farmers Federation livestock councillor Peter Star said the proposal had been fiercely opposed by local landowners and farmers, who say dingoes are a threat to livestock.

“[Dingoes] will come out of the bush, harass farmers or harass bushwalkers, campers, rock climbers and they … will have to be dealt with,” he said.

“If they came onto private property, if they weren’t shot they would be baited. That’s the reality of it.”

“Coming from the experience of someone who lived in areas where there are wild dogs, I wouldn’t wish the grief, the trauma, not just financial, but also physical and mental trauma, of people in that position in wild dog-affected areas of Victoria.”

However, dingo conservation groups are backing the proposal to investigate the reintroduction of dingoes.

Lyn Watson, co-founder of the Victoria-based Australian Dingo Foundation, said the reintroduction of dingoes could be safely trialled in fenced study sites.

“The dingo is a totem animal of the First Nations people, especially in the Western District in Victoria,” she said.

“I think that the First Nations people are the ones who can make at least a study site happen and really that’s where we have to start, no matter what side we are on. No one can say for sure that what they think will happen will indeed happen,” she said.

“Universities are happy to make it happen, we are happy to assist with making it happen and every possible precaution would be taken to see that one, it’s nowhere near farmland, and two, farms weren’t disadvantaged.

“We have gone as far to say we would be prepared to take out insurance to fully compensate for truly proven predatory behaviour that would have been done by dingoes.”

The Association for Conservation of Australian Dingoes wrote in their submission to Parks Victoria that the Victorian government “now stands at an historic crossroads regarding the ethical and ecological management of the Victorian native apex predator”.

It said that claims of dingo predation on farm stock are exaggerated, and that the dingo is an “integral part” of of the Indigenous community’s understanding of the Gariwerd landscape.

“[The plan] should be seen as an opportunity to align indigenous aspirations with a long overdue reforms to dingo conservation,” the association said.

Jason Borg, regional director at Parks Victoria, said a summary report of the public consultation would be published later this year.

“We’ll take a few months now to review and consider feedback then submit an updated management plan to the Minister for Energy, Environment and Climate Change,” he said.

Parks Victoria said research partnerships with farmers would be formed before investigating or trialling any animal reintroduction.