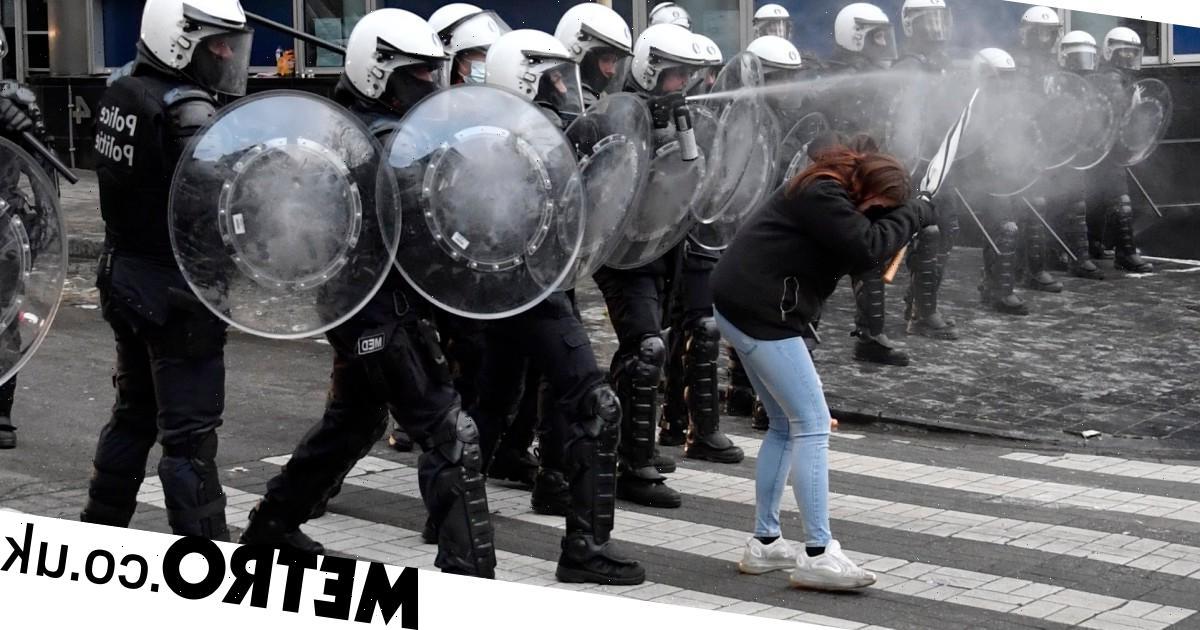 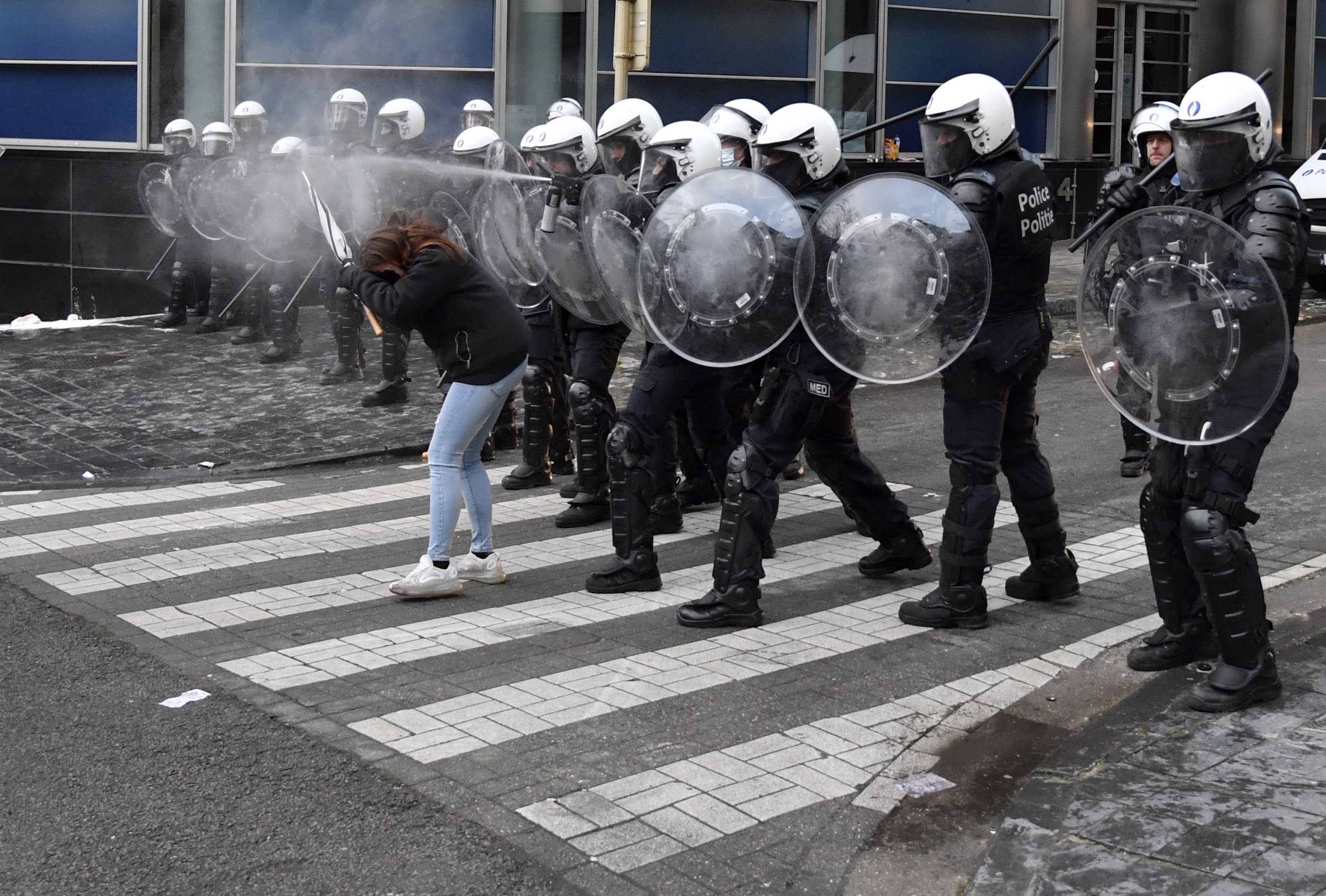 The government announced new rules for the third Friday in a row last week in a bad to dampen infections and take pressure of the struggling health system.

Thousands chanted ‘freedom, freedom’ while others carried anti-vax placards as the crowd headed towards the headquarters of the European Union.

Officers responded to flares and objects being thrown by using heavy tactics to force the mob back.

Prime Minister Alexander De Croo announced on Friday that day care centres and primary schools would close for the holiday a week early, and that children must wear masks from the age of six.

Indoor events would only be allowed with a maximum of 200 people.

The government previously closed nightclubs, and ordered bars and restaurants to shut at 11pm for three weeks.

Speculation had been rife that closing times would be brought forward to 8pm but ministers decided against it.

According to the latest coronavirus figures, the EU nation of 11 million appears to have reached a plateau but more than 17,000 still tested positive every day last week.

There was another protest in the Netherlands this week, where police opened fire on rioters when a similar demo descended into violence in Rotterdam last month.

Restrictions are being reimposed across the continent, including the introduction of an enhanced green pass in Italy from today which forbids unvaccinated people from working, using public transport or entering most public places.

Greeks over the aged of 60 who refused to get vaccinated will be hit with a financial penalty everyday until they get the jab.