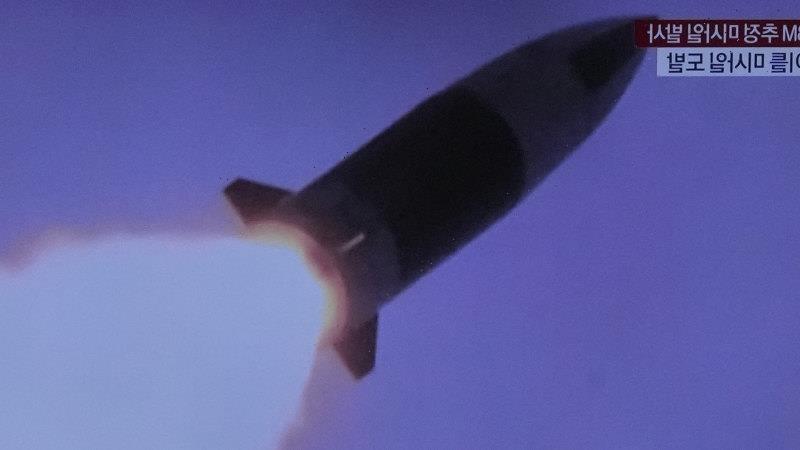 Bangkok: Asia-Pacific leaders gathered in Bangkok on Friday for a summit to focus on economic woes but their schedule was disrupted once again by crisis talks over a missile.

Japanese Prime Minister Fumio Kishida said a North Korean suspected intercontinental ballistic missile landed in the waters of his country’s exclusive economic zone – the first time the Kim regime test fires a missile so close in about eight months. Japan’s Coast Guard had projected a landing of about 210 kilometres west of the main northern island of Hokkaido.

“The provocations are continuing at an unprecedented pace,” Kishida told reporters on the sidelines of the Asia-Paciﬁc Economic Cooperation (APEC) summit. “I repeat that we absolutely cannot condone this.” 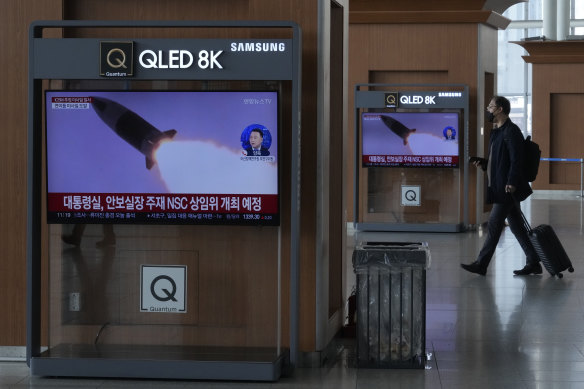 The missile had sufficient range to reach the mainland of the United States, he said.

US Vice President Kamala Harris convened an impromptu meeting with Kishida and the leaders of Australia, Canada, Japan, New Zealand and South Korea to discuss the missile launch.

“We strongly condemn these actions, and we again call for North Korea to stop further unlawful, destabilising acts,” she said at the start of the meeting. “I reaffirmed our ironclad commitment to our Indo-Pacific alliances. Together, the countries represented here will continue to urge North Korea to commit to serious and sustained diplomacy.” 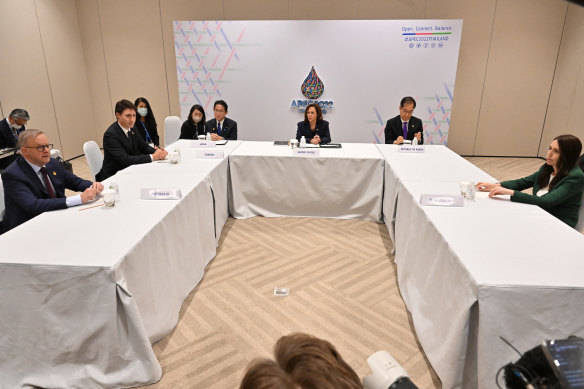 “We stand with the world and indeed with our allies in opposing and condemning this action in the strongest possible terms,” he said. He called on North Korea to stop the provocation.

“We stand ready to be part of a global response to this,” he said.

The summit had its own security problems. An official said police fired rubber bullets to disperse about 350 Thai anti-government protesters after a clash about 10 kilometres from the summit venue in the capital, Bangkok. Protesters tried to overturn a police car plastered with posters of Prayuth and Xi. Police said they used rubber bullets to disperse the activists and arrested 10 people. 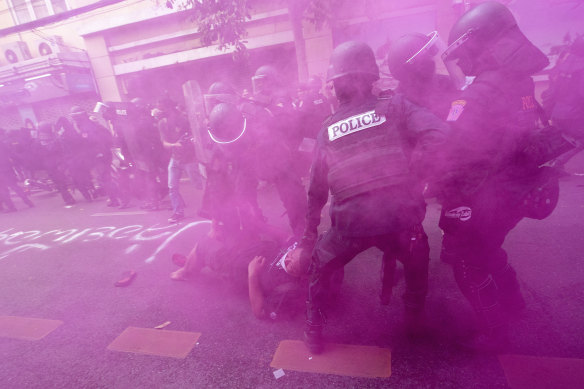 In cloud of pink smoke, police in riot gear remove a protester trying to march to the Asia-Pacific Economic Cooperation APEC summit venue in Bangkok on Friday.Credit:AP

“We can no longer live like we did. We need to adjust our perspective, ways of life and ways of doing business,” he said to an audience that included Harris and China’s President Xi Jinping.

Established to promote economic integration, APEC groups 21 economies that account for 38 per cent of the global population, and 62 per cent of gross domestic product and 48 per cent of trade.

Prayuth did not refer to North Korea’s missile.

The gathering is the third summit in the region in the past week. A South-east Asian (ASEAN) summit that included China, Japan and the United States was held in Cambodia while the Group of 20 (G20) nations met on the Indonesian island of Bali.

The earlier meetings were dominated by the war in Ukraine as well as tensions over Taiwan and the Korean peninsula.

“That’s why APEC this year must rise above these challenges and deliver hope to the world at large,” he said in a statement.