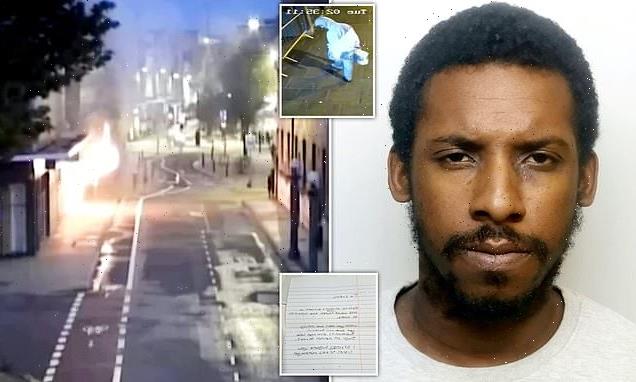 Arsonist, 29, who burned down a nightclub and threatened to set fire to other venues in protest over Covid vaccine passports is jailed for six years

A man who burned down a popular nightclub in protest over Covid-19 passports for entry has been jailed for six years.

Owen Marshall, 29, set fire to a petrol soaked towel and posted it through the letterbox of SWX nightclub in Bristol in the early hours of July 13 after developing an ‘obsession’ with Covid restrictions.

The incident, which saw more than 130 fire service crew rush to the scene to tackle the blaze, came just days before the club was officially due to reopen after months of closures amid the pandemic.

Marshall, of Bristol, later threw a brick through the window of the Barley Mow pub with a note attached claiming vaccine passports were a ‘breach of human rights’ before sending a letter to the Bristol nightclub Lakota.

He was arrested after officers tracked his movements back to a shop where he had bought a box of matches and launched a public appeal. 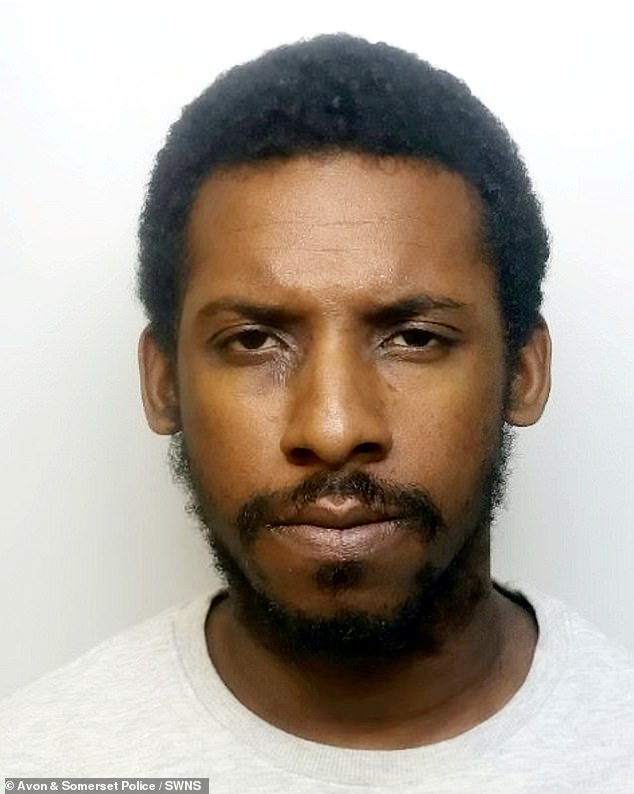 Owen Marshall, 29, from Bristol, set fire to a petrol soaked towel and posted it through the letterbox of club SWX in Bristol on July 13 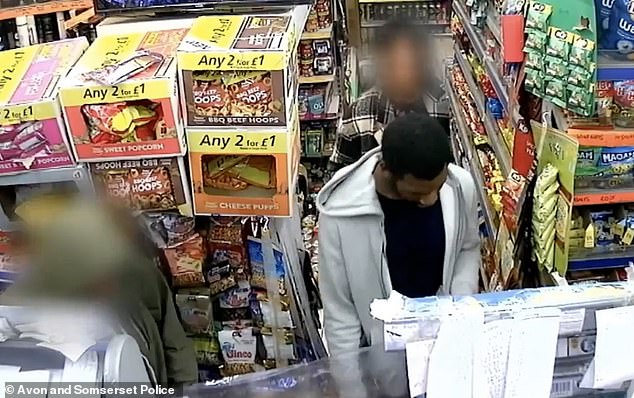 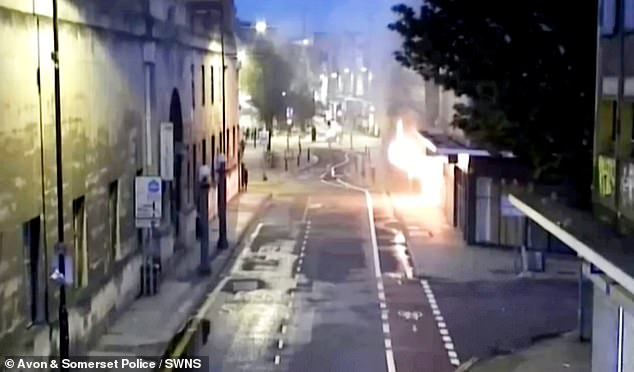 Marshall pleaded guilty to charges of arson with reckless as to whether life is endangered, criminal damage and making threats to cause criminal damage at a hearing at Bristol Crown Court in September.

He was then sentenced to six years for the three offences at the same court today.

The court heard that after carrying out the arson attack on SWX Marshall delivered a letter to the home of Bristol Mayor, Marvin Rees, in which he claimed responsibility for the arson attack.

On August 2, Bristol nightclub Lakota, also received a handwritten note from Marshall who warned the venue would ‘sustain substantial damage like SWX’ if it introduced Covid passports.

The letter read: ‘To Lakota, vaccine passports divide us and would revoke the liberties of others. Unless you abort that policy your club will sustain damage like SWX on Nelson Street.

‘I strongly suggest you listen to this message.’

Following the sentencing, PC David Stevenson said: ‘Owen Marshall’s actions were motivated by the completely misguided belief the venues he targeted were about to introduce Covid vaccine passports.

‘His obsession with Covid restrictions ultimately led him to carrying out the extremely reckless attack on SWX and it is only through sheer luck no one was physically harmed. 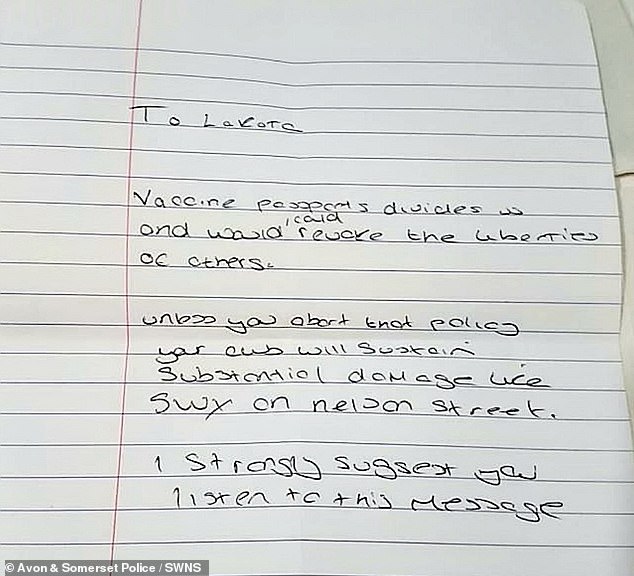 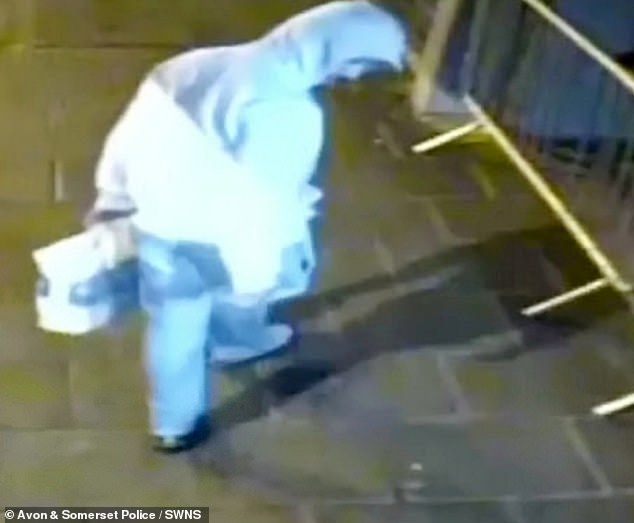 ‘Staff had been at the venue just hours before and they could easily still have been inside when he used an accelerant to start the fire.

‘More than 130 fire service personnel were also put at risk tackling the resulting blaze which took several hours to extinguish.’

He added: ‘The attack has had a devastating impact on the club and the three businesses based below it with hundreds of thousands of pounds worth of damage and lost revenue caused.

‘These were businesses which had all suffered as result of the pandemic and which were looking forward to serving their community once more only for their livelihoods to again be put in jeopardy.

‘While Marshall has never explained his actions, I am pleased he ultimately accepted responsibility as it negated the need for a trial.’