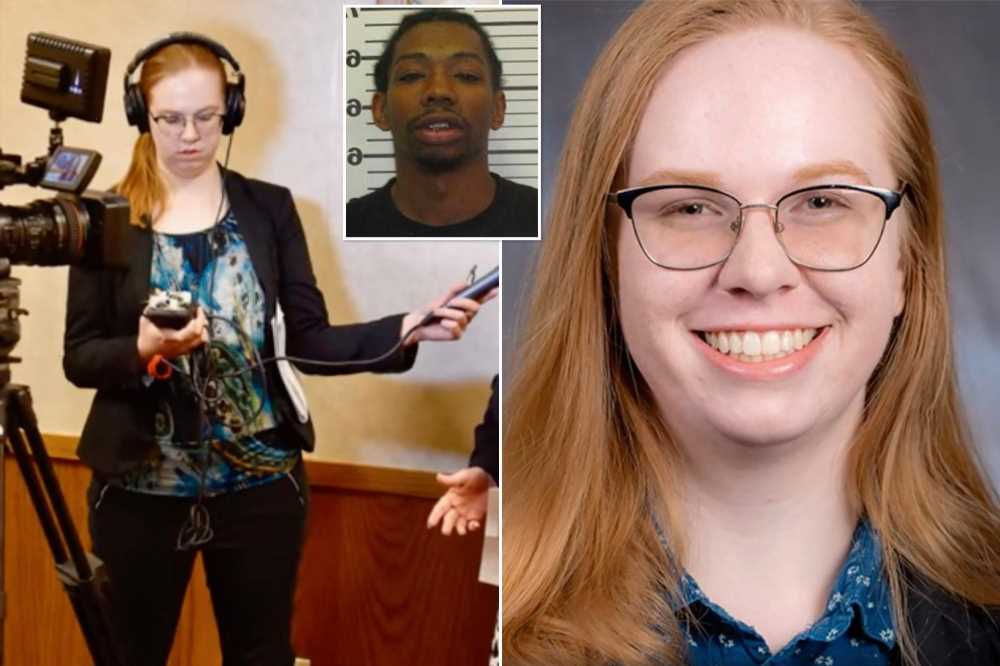 Teacher who disarmed sixth-grade gungirl speaks out after school shooting

Two weeks ago, Aviva Okeson-Haberman, a young public radio reporter, was lying in bed in Kansas City, Mo., reading a book, her cat Francine nearby, when someone fired a gun outside her first-floor window. The bullet pierced her head.

Okeson-Haberman, 24, was pronounced dead April 23 after her boss at KCUR went to check on her the next day and found her unconscious. Her death made national and international headlines, most of which said Haberman was the victim of a “stray bullet” in a “random shooting.”

But a neighbor has come forward to tell police she believes the bullet was meant for her — and the murderer got the apartments mixed up.

Sadi Sumpter, 26, said she sent Aviva’s mom, Sarah Okeson, who is also a reporter, a Facebook message last week suggesting the shooting was deliberate — but not meant for her daughter. Sumpter said she also told Okeson-Haberman’s boss at KCUR and her former journalism professor. Okeson confirmed to the Post that she had received the message.

“It was intentional,” Sumpter told The Post. “Me and Aviva lived directly across from each other. I used to sit in the same place in my apartment that Aviva was sitting when she got shot. I told the police in March someone was going to die.”

Sumpter said she told police she feared an ex-boyfriend who had recently gotten out of prison and tried to break into her apartment on March 21.

Sumpter said the ex-beau climbed through her kitchen window and threatened her. Sumpter would not say why he was angry. She said she called 911. Kansas City police confirmed that Sumpter reported an assault on March 21 and court records show that the ex was arrested and charged with misdemeanor assault on that date.

Sumpter was so scared that she asked her landlord if she could terminate her lease, she said.

Sumpter said she moved into the apartment in January. She did not know Aviva well, but they said hello as their doors opened across from each other.

“I used to see her with her backpack. She didn’t really speak much, she’d said hi and go about her business,” Sumpter said.

Sumpter said someone broke her windows on April 2 and she was so frightened she left the apartment, coming back only occasionally to pick up things she’d left. She described her ex as a drug dealer and convicted felon. He is listed as being on parole or probation with the Missouri Department of Corrections for possession and delivery of a controlled substance. His parole officer would not comment on his case.

Sumpter said she thinks the fatal shooting of Okeson-Haberman could have been a botched hit meant for her, somehow arranged by her ex after he went back to jail.

“His baby mama was threatening me all the time and telling me to come out and fight her,” Sumpter said. “Somebody put sugar in my [gas] tank and cut my tires. I have thousands of messages of harassment.”

Kansas City Police Sgt. Jake Becchina would not comment on Sumpter or her allegations specifically, but told The Post that “I can confirm that detectives are talking to all people that have come forward that may have information. They are also evaluating all the evidence.”

Okeson-Haberman had been reporting on Missouri government and politics for KCUR while living in the Santa Fe section of Kansas City, which is called “Killa City,” because of the high murder rate. She was planning a move to Lawrence, Kansas, for a new gig covering criminal justice issues for the Kansas News Service at the time of her death.

Despite a sometimes difficult life — she had gone into the foster care system for awhile as a teenager — Okeson-Haberman went on to graduate from the highly-regarded Missouri School of Journalism in 2019. Her investigation of Missouri’s elder abuse hotline prompted an investigation by the Attorney General and brought about statewide policy changes to correct deficiencies that resulted in more than half of all calls going unanswered.

Haberman’s mother is a journalist, as is her uncle Bret Okeson, who works for Bloomberg News in Tokyo.

But while her reporting was respected and she was viewed as a tough journalist with a promising future, Aviva led a quiet life, did not have a boyfriend and did not have any known enemies, a close friend told The Post.

“She was a cat lady who was into embroidery and going out to poetry readings,” the friend said. “She was one of the most risk-averse people I’ve ever met.”

Kansas City police ask that anyone with any information about this case come forward.  They can do so anonymously at the TIPS hotline, 816-474-TIPS, or by calling the Homicide Unit directly at 816-234-5043.