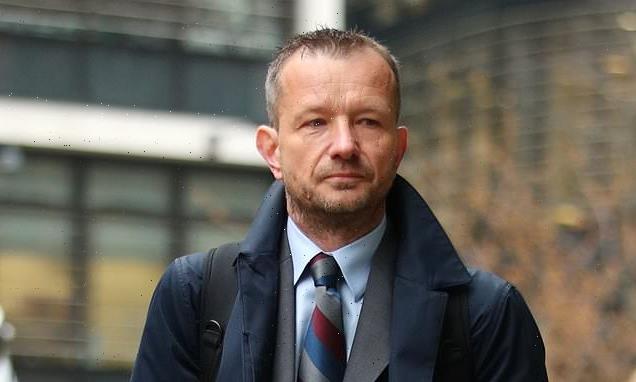 As head of newsgathering, Jonathan Munro was involved in the decision to fly a helicopter over the singer’s home during a police raid in 2014

A BBC boss at the centre of the Cliff Richard scandal that cost the broadcaster more than £2 million is the leading contender to get the job running the Corporation’s news operations.

As head of newsgathering, Jonathan Munro was involved in the decision to fly a helicopter over the singer’s home during a police raid in 2014.

He later said that he believed the flyover was ‘acceptable’ and congratulated the journalist involved for getting a scoop.

But Sir Cliff sued the BBC for breach of privacy after South Yorkshire police tipped the Corporation off about their raid on the property in Sunningdale, Berkshire.

The singer, who had falsely been accused of historic sex offences, won his case against the broadcaster in July 2018 with a judge ordering the BBC to pay £210,000 in damages and £2 million to cover legal costs.

Mr Munro, 55, is the frontrunner to replace Fran Unsworth, who last week announced she was quitting her £340,000 job as the BBC’s Director of News.

It followed a toxic row over the planned appointment of Jess Brammar, who has been openly critical of the Tory Government and Brexit, as executive news editor at the Corporation.

Nicknamed ‘Macavity’ by critics for his ability – like T. S. Eliot’s fictional cat – to evade the blame for crises, Jonathan Munro has been described by those who question his suitability to be the next BBC director of news as a ‘divisive’ character.

He has recently become embroiled in the row that has strained relations between the Corporation and the Government over the appointment of Left-leaning Jess Brammar, who is about to be given a job working for Jamie Angus, one of Mr Munro’s rivals for the director of news post.

Mr Munro has close links to Ms Brammar. She worked for him when he was the deputy editor of ITV News, a post that he left in 2014 to become the BBC’s head of newsgathering.

While the BBC insists the recruitment process has been fair and open, some within the organisation claim the post was regarded as ‘a job for Jess’.

Described as a ‘liberal Leftie’, Mr Munro lives in a £900,000 farmhouse in the village of Maidwell, near Northampton, with his wife Penny and their children. He is well-known in the television industry for the parties that he throws at his home and is close to the former BBC editorial director Kamal Ahmed and Gavin Allen, the BBC’s head of news output.

One BBC staffer said: ‘Jonathan has a gang. If you’re in it, then you’ll do well. If you’re not, then you don’t. You either love him or you loathe him.’

Jamie Angus, 47, who is currently senior controller and one of Ms Unsworth’s deputies, is also in the running for the prestigious job.

In evidence given to the High Court three years ago, Mr Munro admitted that a key factor in the BBC’s decision to deploy the helicopter was that police had tipped off its journalists that footage of officers searching the property would be difficult to obtain at ground level.

In a written statement, he said he was proud of the story and had emailed Dan Johnson, the reporter who received the police tip-off, to congratulate him on an ‘excellent piece of journalism’ which had resulted in the ‘BBC breaking a high profile, exclusive story’. Mr Munro added: ‘I have reviewed the images which the BBC broadcast, including the helicopter footage. I do not have any concerns about the broadcasting of these images.’

A former deputy editor of ITV News, Mr Munro was also involved in the rehiring of Martin Bashir as Religious Affairs correspondent in 2016, despite the ‘deceitful methods’ used to secure his 1995 Panorama interview with Princess Diana.

In an email to staff in September 2016, Mr Munro welcomed the now-disgraced journalist back to the Corporation, saying: ‘Martin’s track record in enterprising journalism, including time in BBC News and at Panorama in the 1980s and 90s is well-known and respected in the industry and amongst our audience.’

He added: ‘A student of theology, Martin will bring immense knowledge of the brief to his new role, and enthusiasm to cover the broadest range of faith-based stories. Please join me in welcoming Martin. I’m greatly looking forward to seeing and hearing him on our output.’

Colleagues claimed that an internal candidate, the BBC’s highly respected former foreign correspondent Matthew Price, had been keen on the Religious Affairs role and would have taken the job for a small pay increase. Instead, the post went to Bashir.

Ms Unsworth, 63, who has worked for the BBC for more than 40 years, will leave her role next year. BBC sources suggested she had ‘had enough’ of her ‘no-win job’.

High-flying editor who was spin doctor for the Lib Dems

Flashing a ‘peace’ sign and sporting a pair of psychedelic-print trousers favoured by hippies, Jamie Angus could hardly look less like the conservatively dressed Fran Unsworth who he hopes to succeed.

The 47-year-old executive shared the picture with friends on his Facebook page while preparing to go out to a 1960s-themed party with his wife Nicola.

Less well-known in the TV industry than Jonathan Munro, he claims to be ‘shy’ and ‘not wanting a public profile’ – something that is unlikely if he secures the director of news post.

A Cambridge University graduate, Mr Angus previously worked as a researcher and press officer for the Lib Dems before joining the BBC in 1999. Since then he has been editor of Radio 4’s flagship Today programme and The World At One. He has also had a number of roles in the BBC’s World Service Group, most recently as deputy director. He is currently one of Ms Unsworth’s deputies, holding the title of senior controller, and is responsible for commissioning news and current affairs programmes across TV and radio.

Mr Angus lives in the Surrey commuter belt village of Beare Green, with Nicola and their three children in a house he bought in 2005 for £350,000.

He plays the guitar in a local band and has performed at pubs in the area.