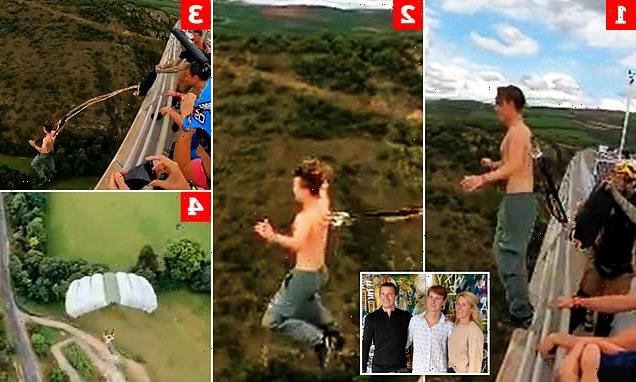 Bear Grylls is known for his fearlessness. But it seems his 18-year-old son Jesse is determined to outdo the TV survival expert when it comes to daredevil stunts.

The teenager has carried out a dangerous parachute jump from a bridge – with the stomach-churning difference that the chute was attached to him by hooks pierced into the skin of his back.

A gruesome video posted on social media shows Jesse just before the jump, clenching his fists as four metal hooks are inserted into the flesh around his shoulder blades. 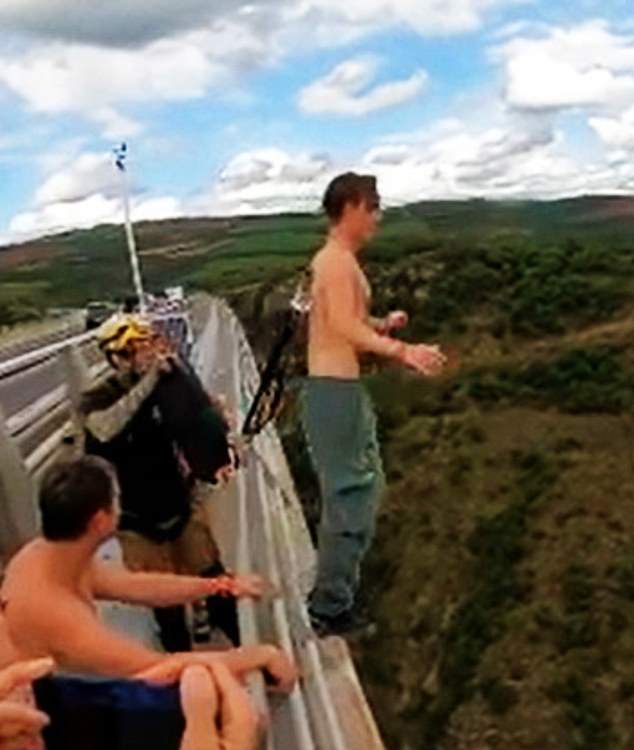 It is not known if any anaesthetic was involved in the process.

Jesse is then seen standing on the rail of a road bridge. A companion holds the parachute which opens seconds after Jesse jumps.

Despite the force generated by the stunt, his piercings do not rip free and he lands safely after gliding through a valley in an unknown location. 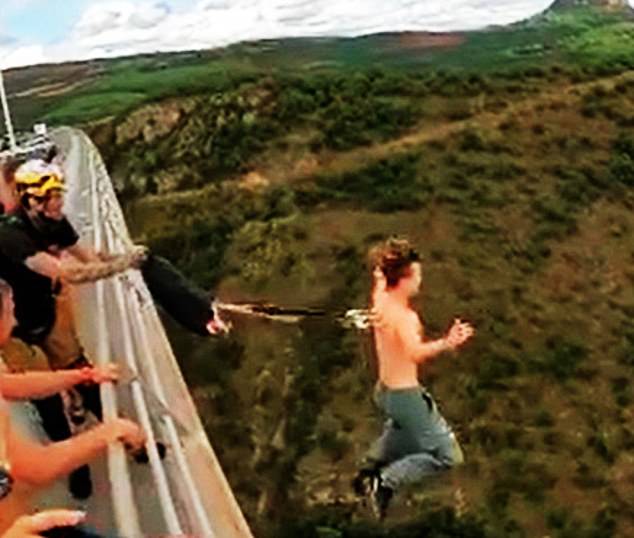 After a deep breath Jesse leaps off the bridge. A companion holds the parachute which opens seconds after Jesse jumps

The phenomenon is known as suspension base jumping and was created by Russian thrill-seeker Stanislav Aksenov, who joined Jesse for the jump.

It combines base jumping – parachuting from a stationary point – with Mr Aksenov’s love of piercings. Leaps often result in blood being drawn.

The hooks are removed afterwards and are said to leave small scars after the flesh has closed up. Jesse described it as ‘the most intense experience’, adding: ‘I love that feeling of falling with nothing.’

His father Bear, 47, commended his achievement but begged him not to repeat it. 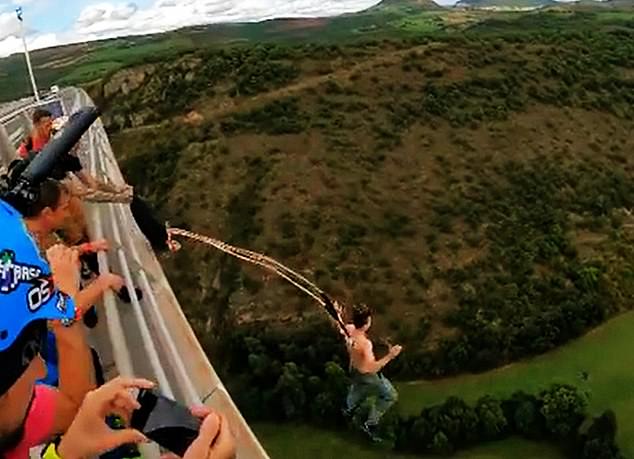 The hooks are removed afterwards and are said to leave small scars after the flesh has closed up. Jesse described it as ‘the most intense experience’

He wrote: ‘You smashed it! But never again. Now you’re world record holder for youngest ever skin parachute jump, just enjoy it.’ He added: ‘No more!’

Many commenting on the video showed sympathy for Jesse’s mother Shara, who also has sons Marmaduke, 15 and Huckleberry, 12, with Grylls.

Another user commented: ‘As a mum myself this makes me feel so uneasy…and very queasy! Seeing you do this, it feels right on the edge young Jesse, please stay safe.’ 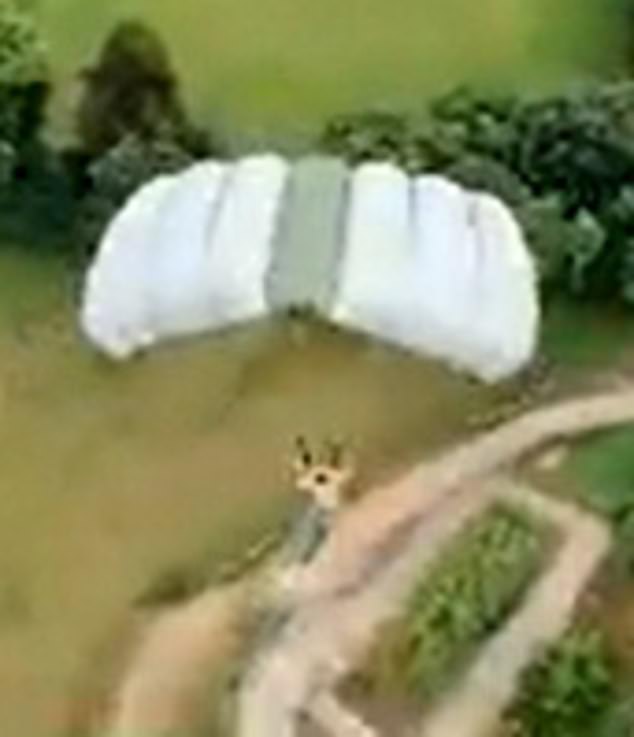 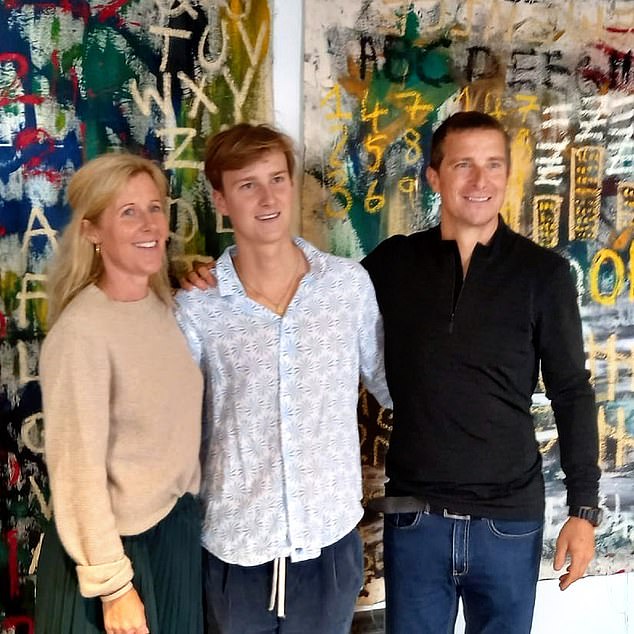 Many expressed sympathy for Jesse’s mother Shara, who lives with a family of thrill seekers

Jesse spent the summer base jumping in Europe. Base is an acronym for building, antenna, span, and earth – the objects that a person can jump from.

His father shared a video of the teenager jumping from a cliff in the Italian Dolomites, writing: ‘Jesse is now 18 and his own man, ready for life… He is kind, humble, hard working, original and I can’t stop him jumping off stuff.

‘This is his first big wall base jump. Under canopy by ten seconds or it’s toast. As we say, “Pull high don’t die”.’

In the clip, Jesse is seen taking a deep breath before launching himself off the cliff. He soars through the air before pulling on his parachute cord and floating to safety.

The first person to complete a suspension base jump was Sergey Kotelnikov in Moscow in June 2014 when he jumped from an electricity pylon.