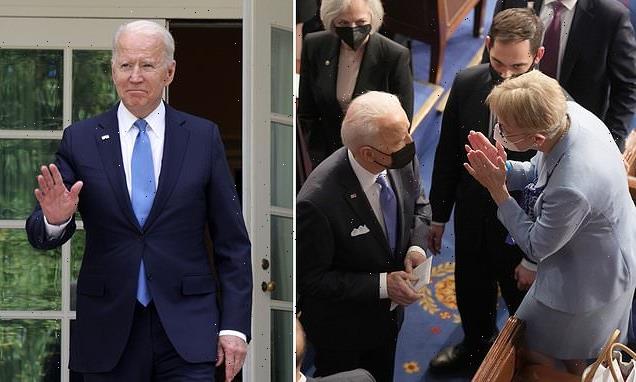 President Joe Biden – who comes across as Mr. Congeniality – reportedly has a ‘short fuse’ with his advisers and is prone to ‘flares of impatience’ because of his obsession with getting every detail before making a decision.

‘He has a kind of mantra: ‘You can never give me too much detail,” National Security Advisor Jake Sullivan told The New York Times, which talked to two dozen current and former aides for its report published on Friday.

His advisers, aides and speechwriters have to be ready for every conceivable question Biden might ask and answer it beyond ‘vague talking points’ while cutting through the jargon.

If he doesn’t like the answer, he will cut them off and say, in English, according to The Times.

While Biden isn’t reportedly prone to fits of rage like former President Donald Trump was, his ‘sense of urgency’ can be tough on his experts. 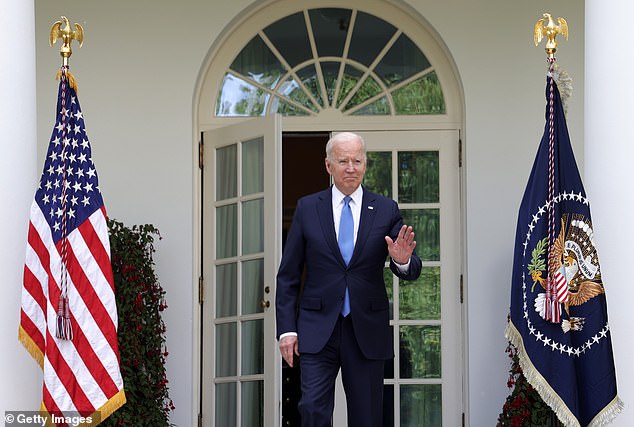 President Joe Biden, shown at the Rose Garden on May 13, is said by aides to have a ‘short fuse’ and expect any participant in a meeting to be hyper-prepared to answer his questions Biden, who is seen greeting lawmakers after his speech to Congress on April 28, will even occasionally hang up on someone if he feels his time is being wasted

Those familiar with Biden’s decision-making style said he’s quick to cut off conversations, or even occasionally hang up, when he thinks someone is wasting his time.

‘You become so hyper prepared,’ Dylan Loewe, a former speechwriter for Biden, said. ‘I’ve got to answer every conceivable question he can come up with.’

Those who aren’t familiar with his style or are just learning it, like Xavier Becerra, head of the White House’s Health and Human Services, will get an earful.

On March 30, Biden was reportedly angered by his administration’s response to the plight of migrant children and berated Becerra, according to a report.

Nearly 19,000 unaccompanied minors were stopped at the border in March, according to the Associated Press. In April the number of minors arriving without parents decreased by nine per cent.

Becerra frustrated his boss by failing to have answers to his questions about the agency’s ability to take care of migrant children, according to two people familiar with the exchange, who spoke to The New York Times. No further details of what the two men said to one another were shared.

Biden was described as a stickler for detail, who was unimpressed by ‘blandishing fast-talk’.

Earlier in March, the paper reported, the president was angered when his top immigration advisers were asked by Biden whether they had been to the border in recent days – and all replied they had not. 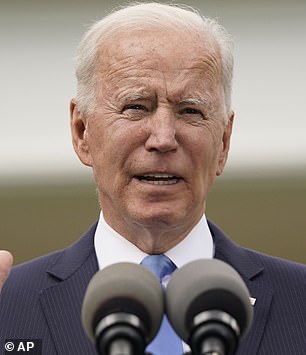 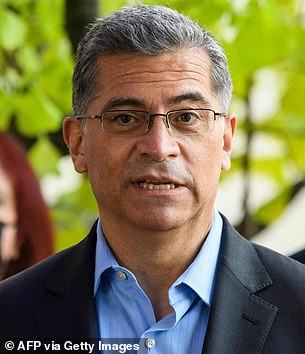 Joe Biden, pictured on Thursday, reportedly lost his temper with his Health and Human Services Secretary Xavier Becerra, right, over the ongoing crisis at the US southern border 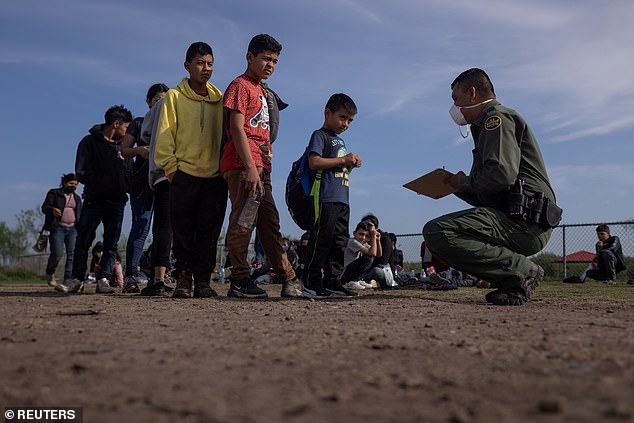 Unaccompanied children are seen arriving in Texas, having crossed the Rio Grande on Thursday. President Biden is said to demand detail-heavy proposals on a solution from his staffers 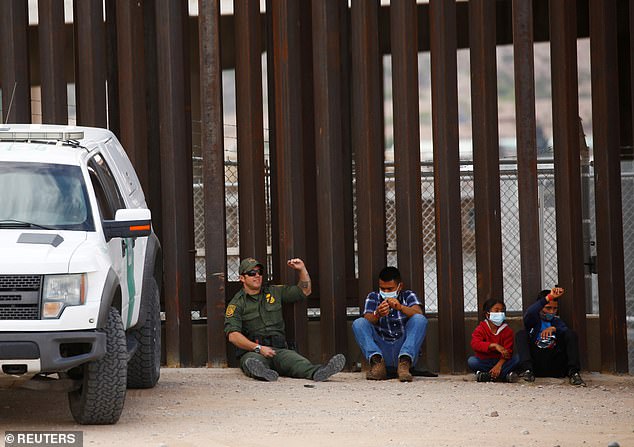 Four days later, the advisers, including Alejandro Mayorkas, in charge of Homeland Security and Susan Rice, director of Biden’s Domestic Policy Council, arrived at the border to assess the situation.

The report comes amid growing anger among Border Patrol agents at the White House.

The Associated Press reported that migrants are being housed at more than 200 sites in multiple states.

Twenty Republican governors this week wrote to Biden earlier this week, blaming his administration for the crisis, and expressed concern about HHS efforts to house an unknown number of children in their states.

Reuters conducted interviews with a dozen current and former agents, who spoke of their growing dissatisfaction over the relaxation of the immigrant restrictions President Donald Trump had enacted.

A record 179,000 people crossed the southern border illegally in April, up three per cent on the 172,000 who made the crossing in March.

‘We have so many people coming across, and then, we’re out there killing ourselves to catch them, rescue them, or whatever it is, and then, they’re being released,’ said Rosemarie Pepperdine, an agent who said she planned to retire. 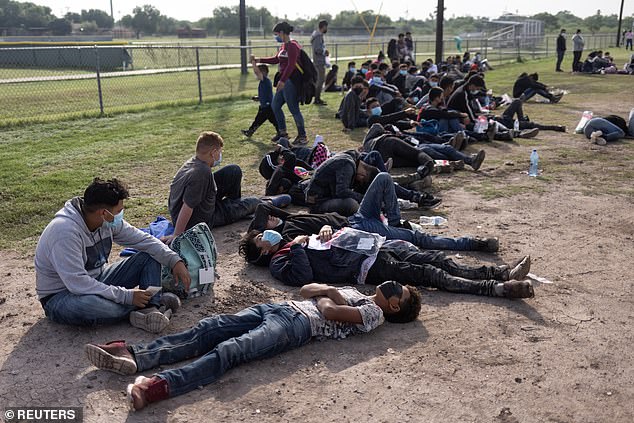 A group of children from Central America are seen resting, having crossed into Texas on Thursday Border Patrol agents surround a group of asylum-seeking migrants from Central America after they crossed the Rio Grande into Penitas, Texas, on May 14

‘I can confidently say that President Biden owns this crisis,’ Judd commented.

The administration has implemented new policy directives, including a prohibition on terminology such as ‘illegal alien,’ ‘alien,’ and ‘assimilation’ when referring to migrants, aggravating many on-site officers.

‘Over the years many outside forces on both extremes of the political spectrum have intentionally, or unintentionally, politicized our agency and our mission,’ Scott said in the memo addressed to acting CBP Commissioner Troy Miller.

Some agents have reportedly started calling Biden ‘Let ‘Em Go Joe,’ according to a border patrol agent who anonymously spoke with Reuters.

Maza told Reuters he had sold 78 coins in a matter of days to past and present agents.

‘It sheds a little humor on the situation,’ Maza said of his creation.

‘And it’s something that helps us, I guess, mentally and emotionally cope with the situation because especially right now, the situation is pretty dire out there.’

US border agents encountered fewer minor migrants along the United States border with Mexico in April although overall apprehensions reached a 15-year high last month, according to a report released Tuesday by U.S. Customs and Border Protection.

Interdictions at the 1,954 mile border in April were more than 10 times that of April 2020, when 17,106 individuals were stopped by border patrol agents.

Meanwhile, border agents encountered 17,171 unaccompanied children, down 9 percent from 18,890 in March when a record number of unaccompanied migrant children entered U.S. custody along the southern border.

However, encounters at the border drastically increased during Trump’s final nine months in office and continued to worsen under the administration of his successor.