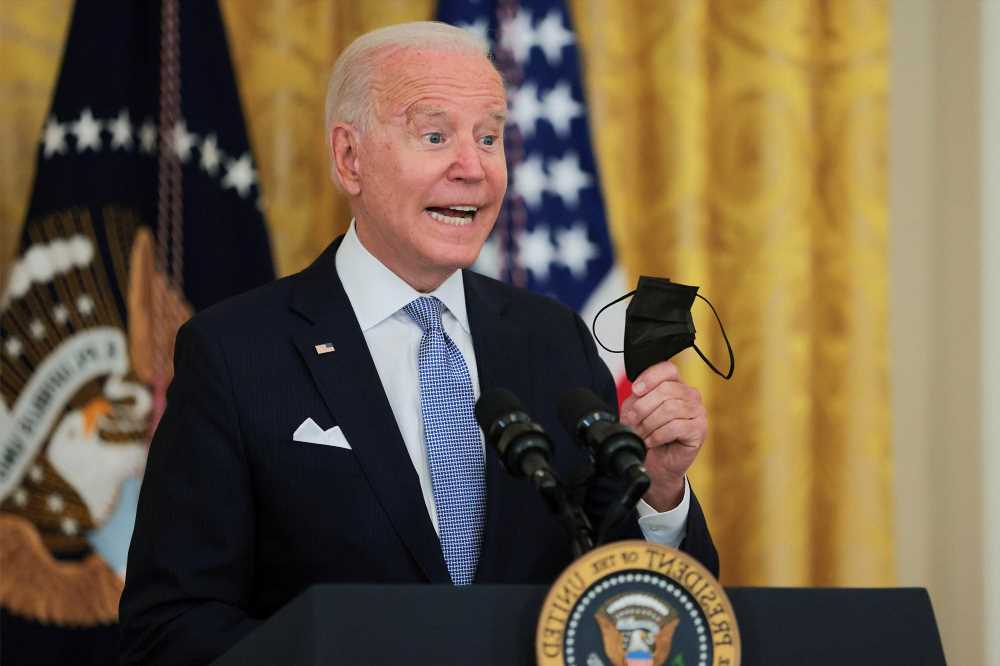 Jill Biden to undergo surgery to remove ‘object’ from foot

First group of evacuated Afghan military interpreters to arrive in US: report

President Biden on Thursday said that federal employees must either get vaccinated against COVID-19 or submit to regular testing amid a national resurgence of new cases.

Biden announced the mandate after a surge in infections linked to the more contagious Delta variant of COVID-19, which this week triggered new indoor mask mandates at the urging of the CDC.

“Every federal government employee will be asked to attest to their vaccination status. Anyone who does not attest or is not vaccinated will be required to mask, no matter where they work, test one or two times a week to see if they’ve ever acquired COVID, socially distance, and generally will not be allowed to travel for work,” he said.

There are approximately 2.1 million civilian federal workers who will be impacted by the mandate. And Biden said the roughly 1.4 million active-duty military members may soon also be forced to get shots.

“Since many vaccinations are required for active duty military today, I’m asking the Defense Department to look into how and when they will add COVID-19 to the list of vaccinations our armed forces must get,” Biden said.

“With incentives and mandates, we can make a huge difference and save a lot of lives.”

The Department of Veterans Affairs on Monday became the first agency to impose a vaccine mandate on workers.

Biden also sought to reassure parents worried that an increase in cases will cause schools to close in the fall.

“Every school should be open, and we are giving them the tools to be able to do so safely,” he said.

Biden also announced that employers can now get reimbursed for allowing workers to take family members to get vaccinated. And he urged states to offer $100 for new vaccinations, using $350 billion in state and local aid from his $1.9 trillion relief bill that passed in March.

Younger and lower-income people are less likely to be vaccinated, as are Republicans and African Americans.

“Here’s the deal: if incentives help us beat this virus, I believe we should use them,” he said.

Biden said that it’s understandable for people to be “angry” about unvaccinated people allowing COVID-19 to regain momentum, resulting in new mask mandates.

“Americans are divided between the majority of eligible people who are vaccinated and those who are not. And I understand that many of you in the majority are frustrated with the consequences of the failure of the minority to get vaccinated,” he said.

“With freedom comes responsibility. The decision to be unvaccinated impacts someone else. Unvaccinated people spread the virus, they get sick and fill up hospitals.”

But he said “breakthrough cases remain rare” for the fully vaccinated.

“I also know that many of you who are vaccinated are concerned about what’s called breakthrough cases. Yes, some fully vaccinated people will still test positive, and some will show some symptoms of COVID-19,” said Biden.

“That’s expected with almost every vaccine there is for other diseases. But breakthrough cases remain rare and almost all are mild cases. In fact, virtually all hospitalizations and deaths are among the unvaccinated.”

On the vaccine resistant, Biden said that with free access to vaccines for all Americans, “It’s a shame, because this is such a shame to squander that blessing.”

He said that there’s currently no need for fully vaccinated people to take a booster shot. And he said widespread vaccination means there’s unlikely to be new waves of death as happened last year.

“Our expert to tell me the cases will go up further before they start to come back down,” Biden said. “[But] we’re not lucky to see, according to experts, a comparable rise in hospitalizations or deaths in most areas of the country … because 164 million Americans are fully vaccinated.”

Biden said “I know it’s frustrating, I know it’s exhausting to think we’re still in this fight” with renewed pandemic restrictions, but that vaccination can end the rules.

According to CDC data, 69.4 percent of US adults have had at least one vaccine shot and 60.3 percent are fully vaccinated. But some regions of the country have significantly lower rates of vaccination, fueling local outbreaks.