JOE Biden doesn’t think Israel is overreacting in their response to Gaza airstrikes as defense forces fired 450 missiles on Hamas in just over 40 minutes.

The president was asked if he thought Israeli PM Benjamin Netanyahu was doing enough to de-escalate the violence as fears of an all-out war breaking out in the region continue to escalate. 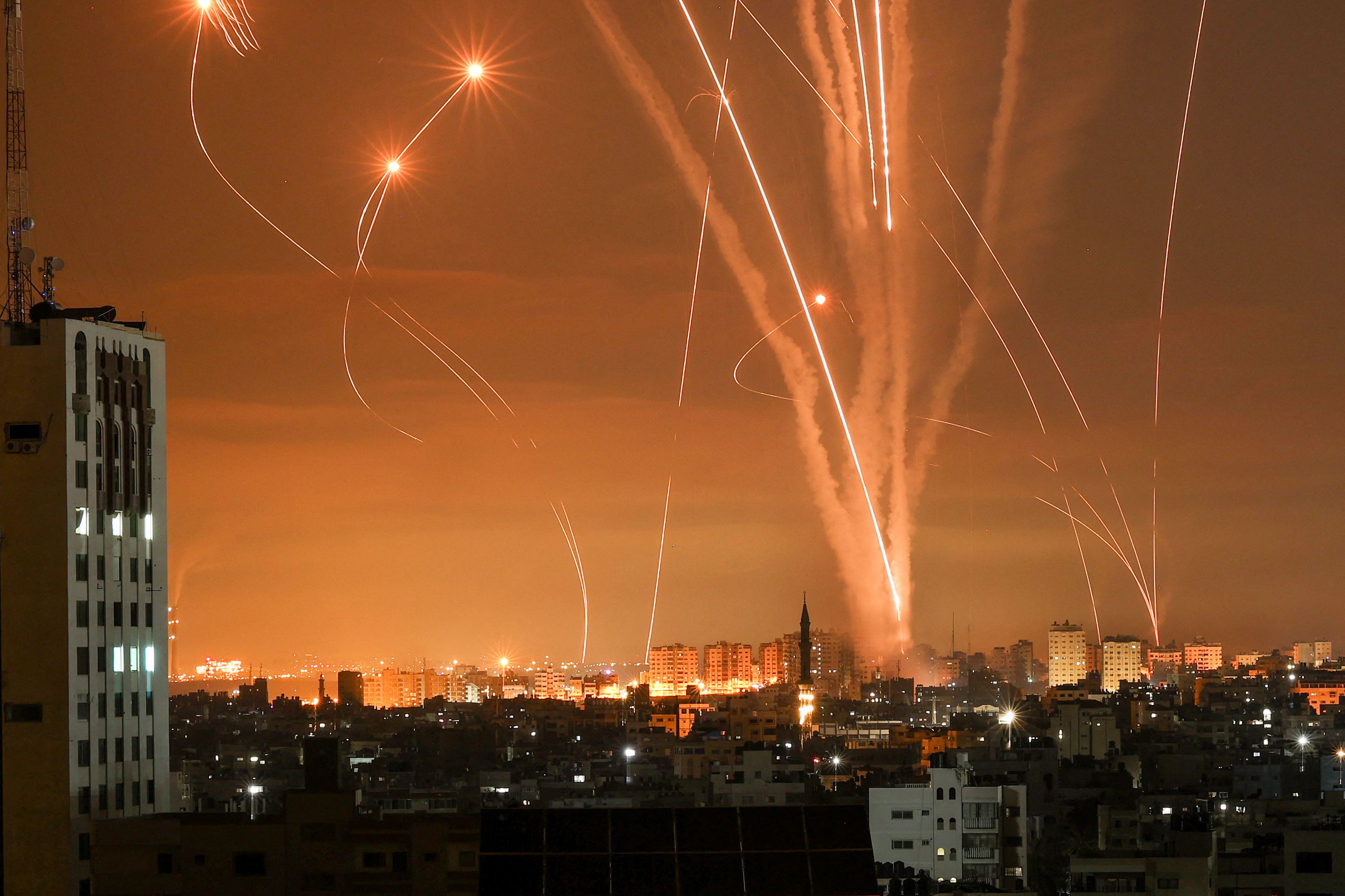 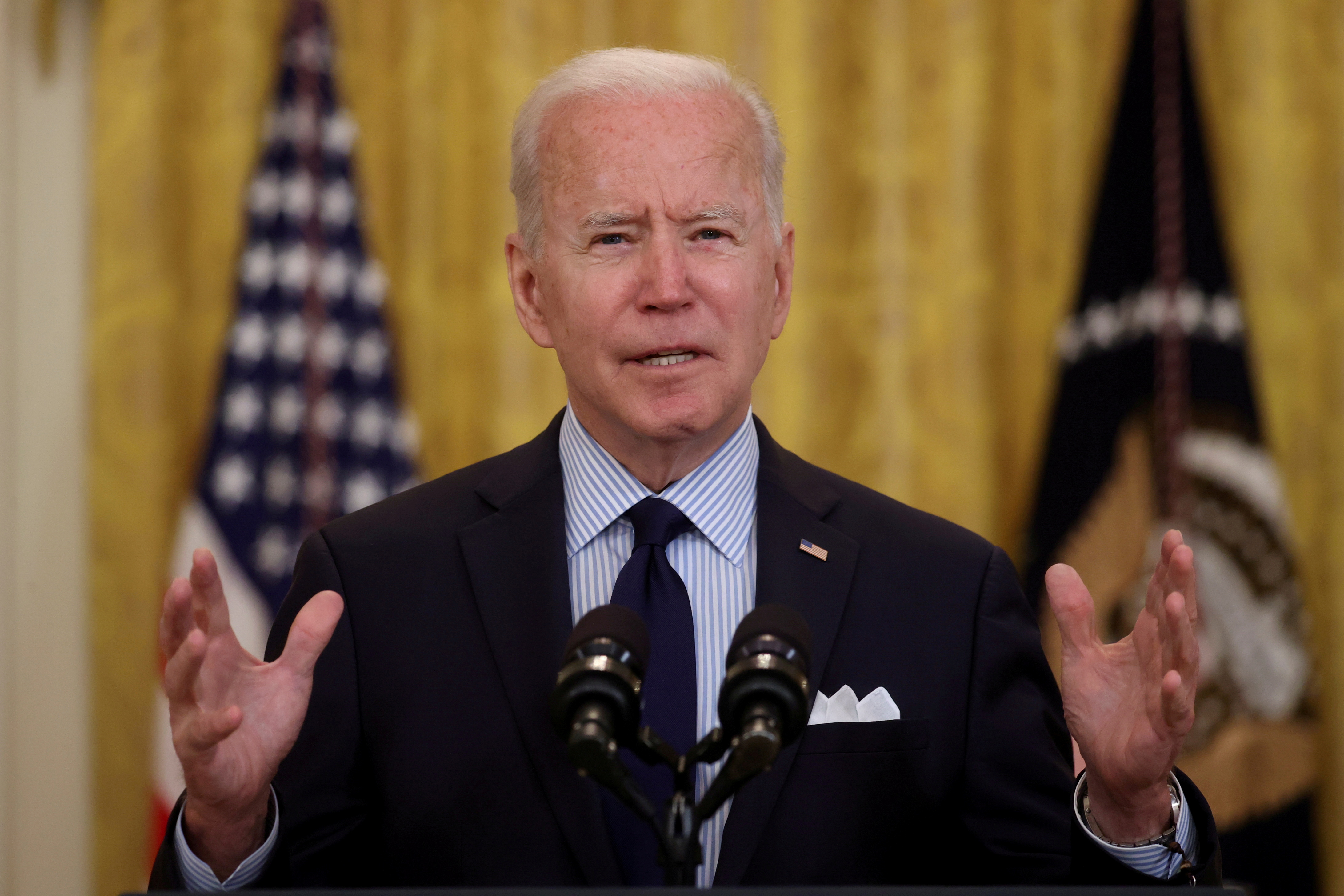 Despite calling for peace, Biden doesn't think Israel has overreacted in its response to Gaza airstrikes.

This 40-minute airstrike was the largest Israeli strike since the outbreak of fighting earlier this week, the military says.

Biden told reporters yesterday: "One of the things I’ve seen thus far is that there has not been a significant overreaction by Israel.

“The question is how they get to a point where there is a significant reduction in the attacks, particularly the rocket attacks that are indiscriminately fired into population centers."

Biden's approach to the conflict in the Middle East has angered some within his own party.

Some Democratic congresswomen have linked the violence to issues such as racism and illegal immigration in the US, the New York Post reports.

Congresswoman Ayanna Pressley, of Massachusetts, said: “As a black woman in America, I am no stranger to police brutality and state-sanctioned violence. 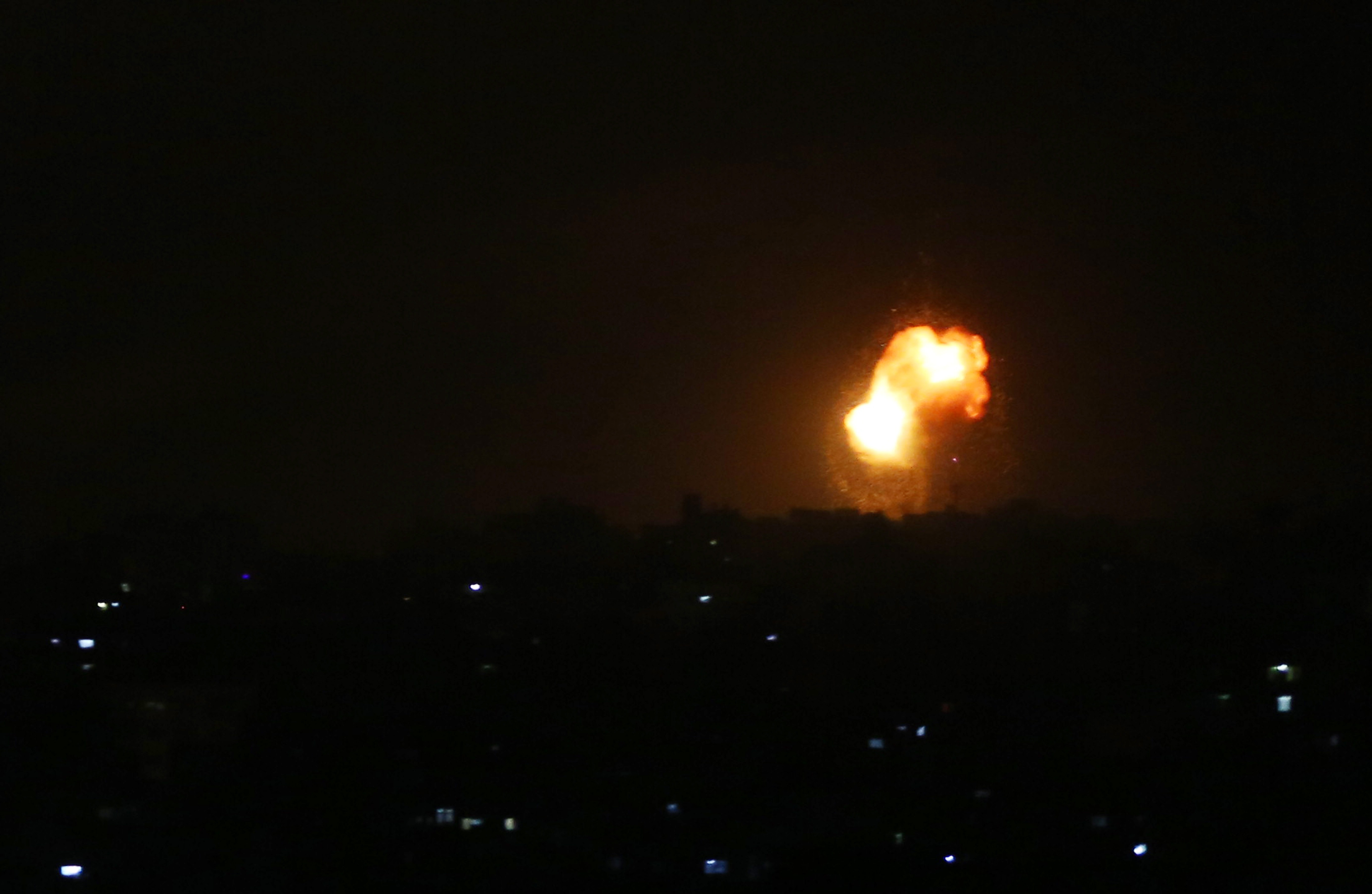 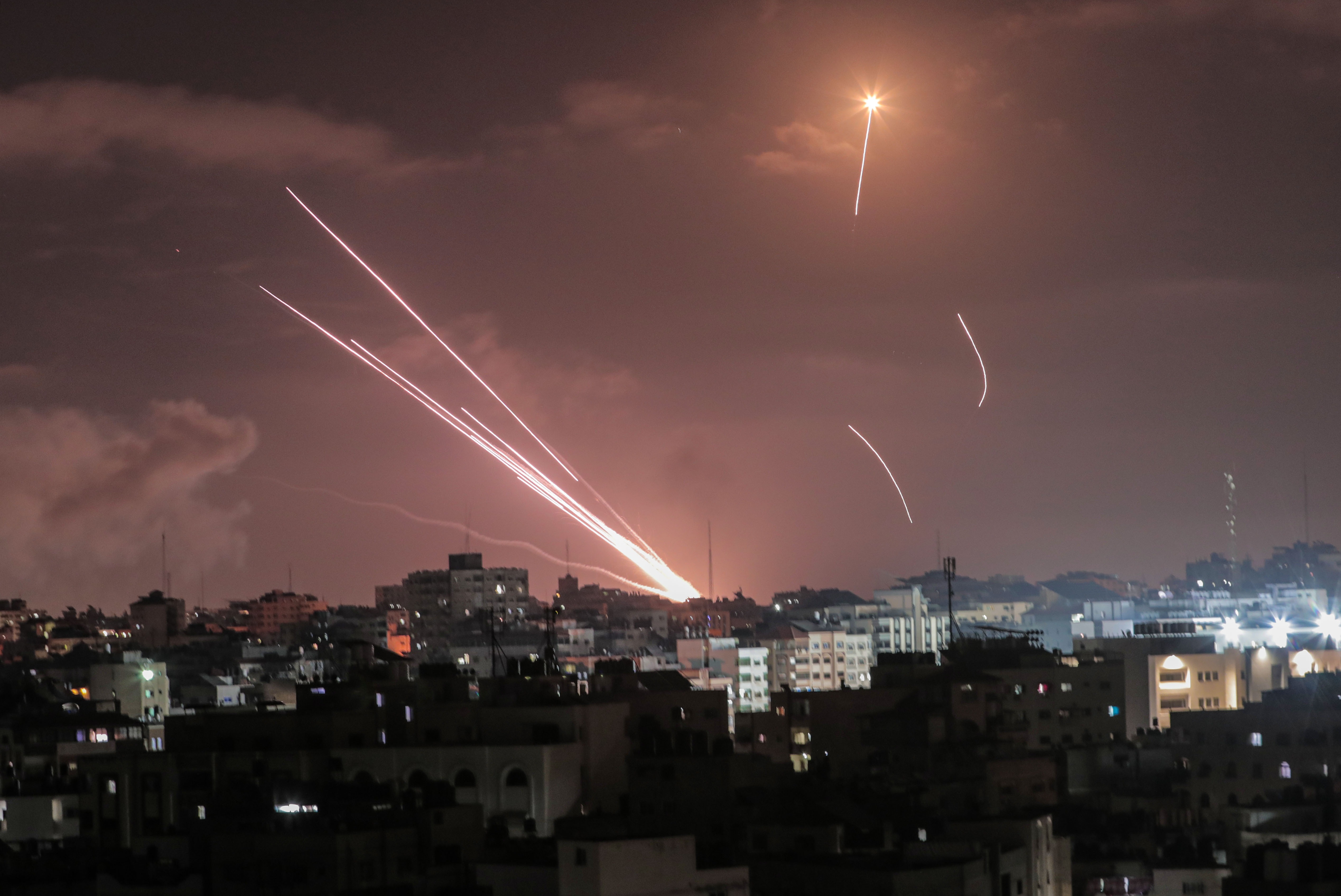 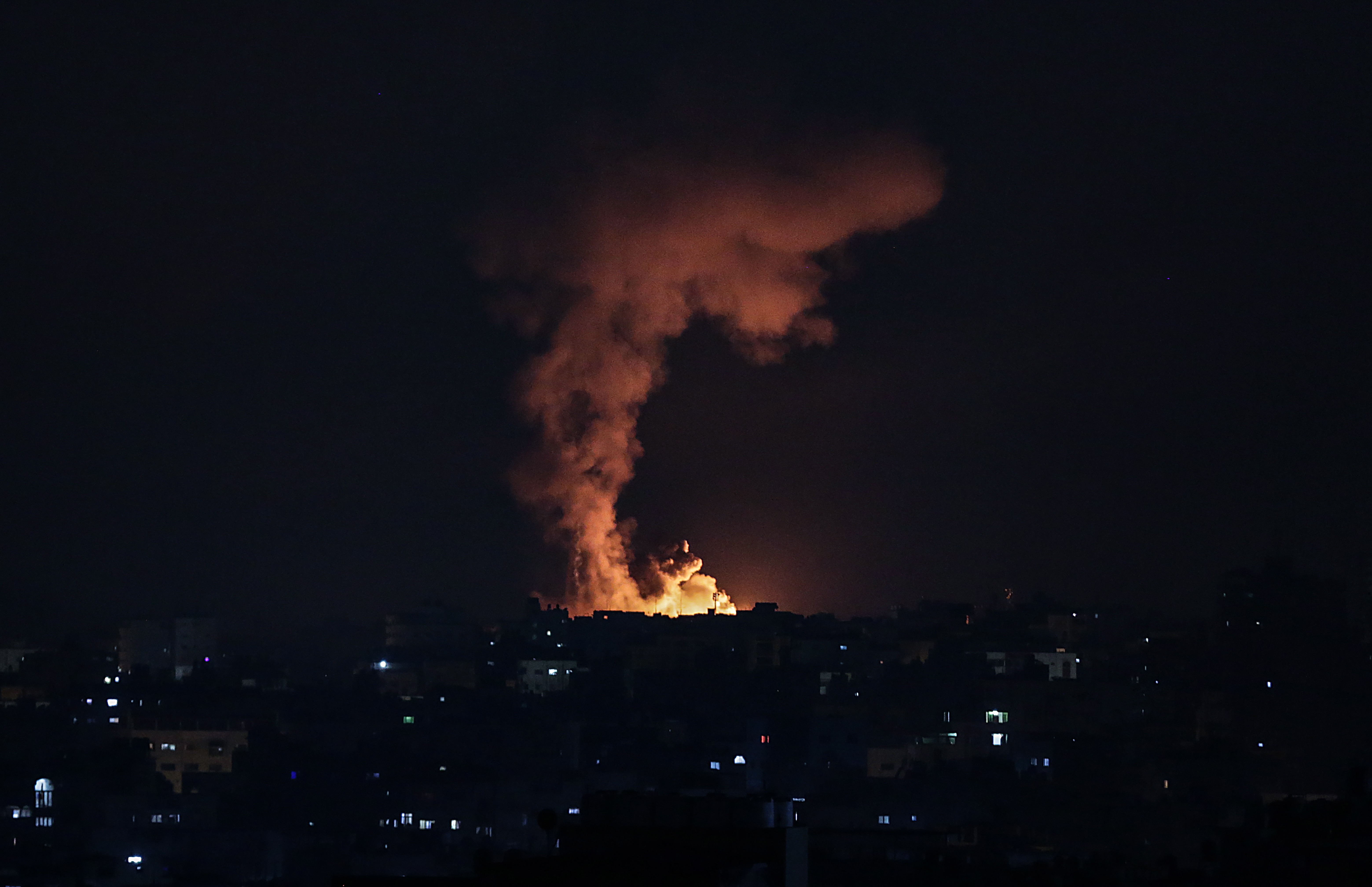 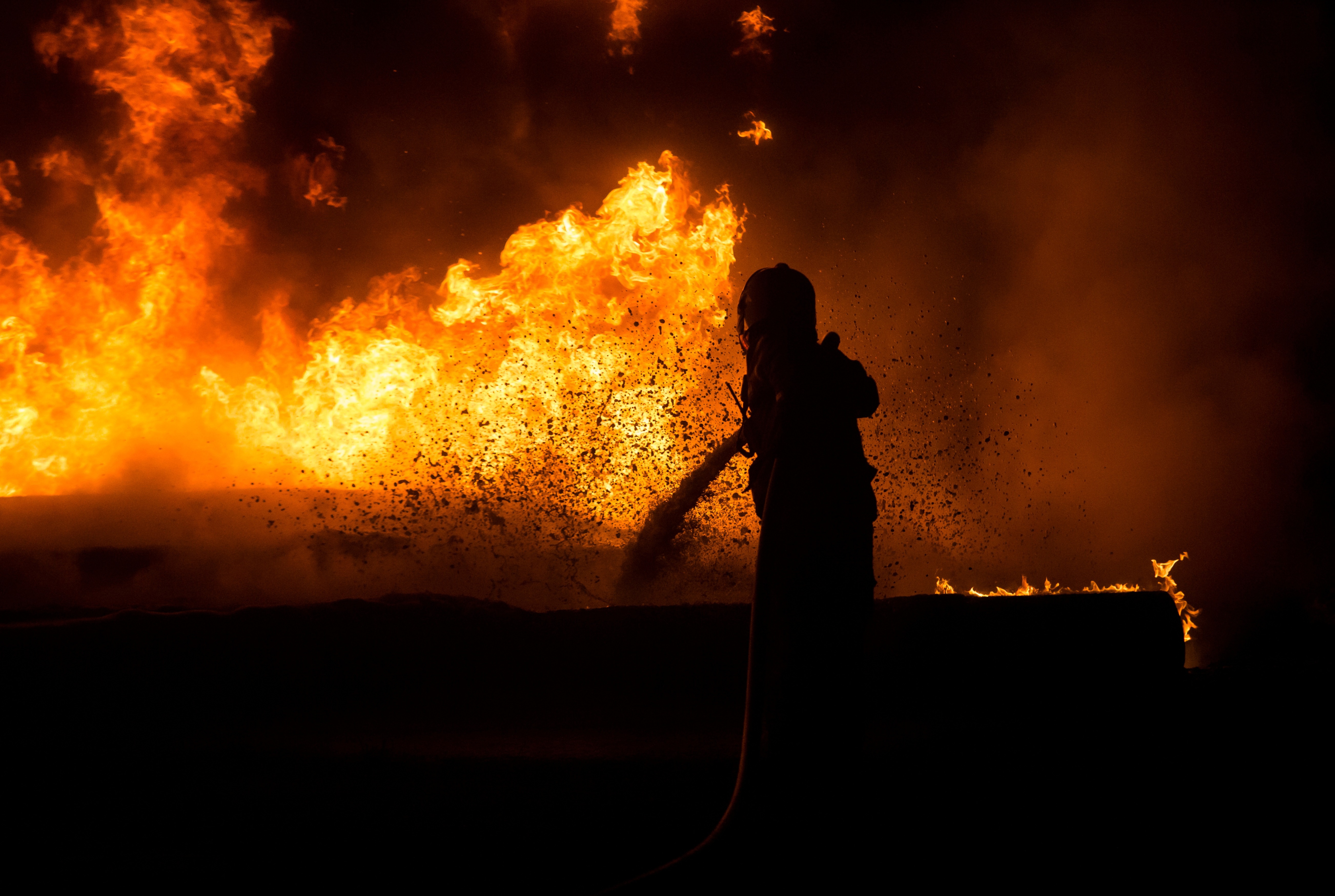 “We have been criminalized for the very way we show up in the world.

“Palestinians are being told the same thing as black folks in America: there is no acceptable form of resistance.”

She said: “How can we pay lip service to a Palestinian state, you do absolutely nothing to make that state a reality while the Israeli government we funds tries to make it impossible?”

Rep. Alexandria Ocasio-Cortez simply asked the president “do Palestinians have a right to survive?” 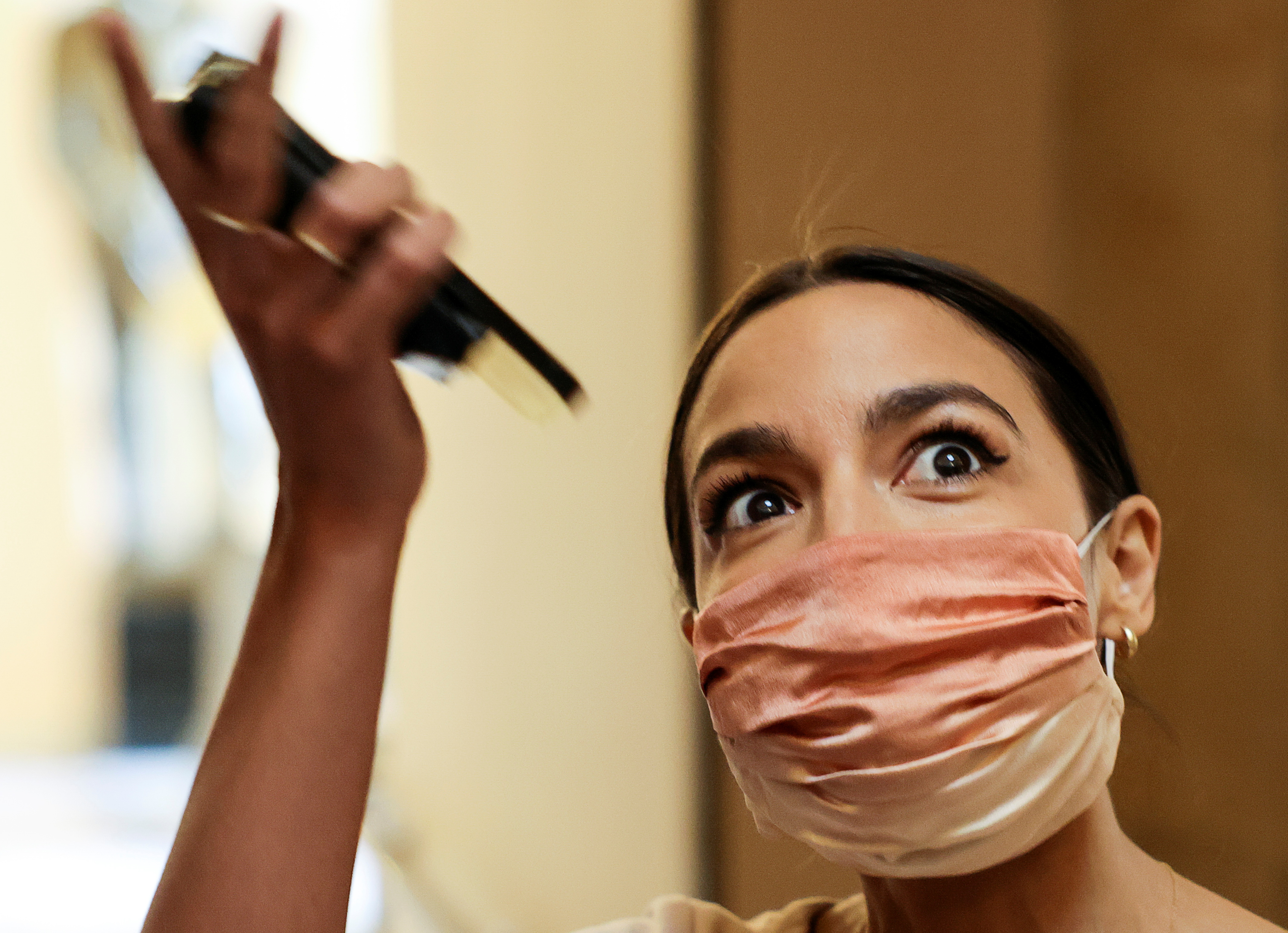 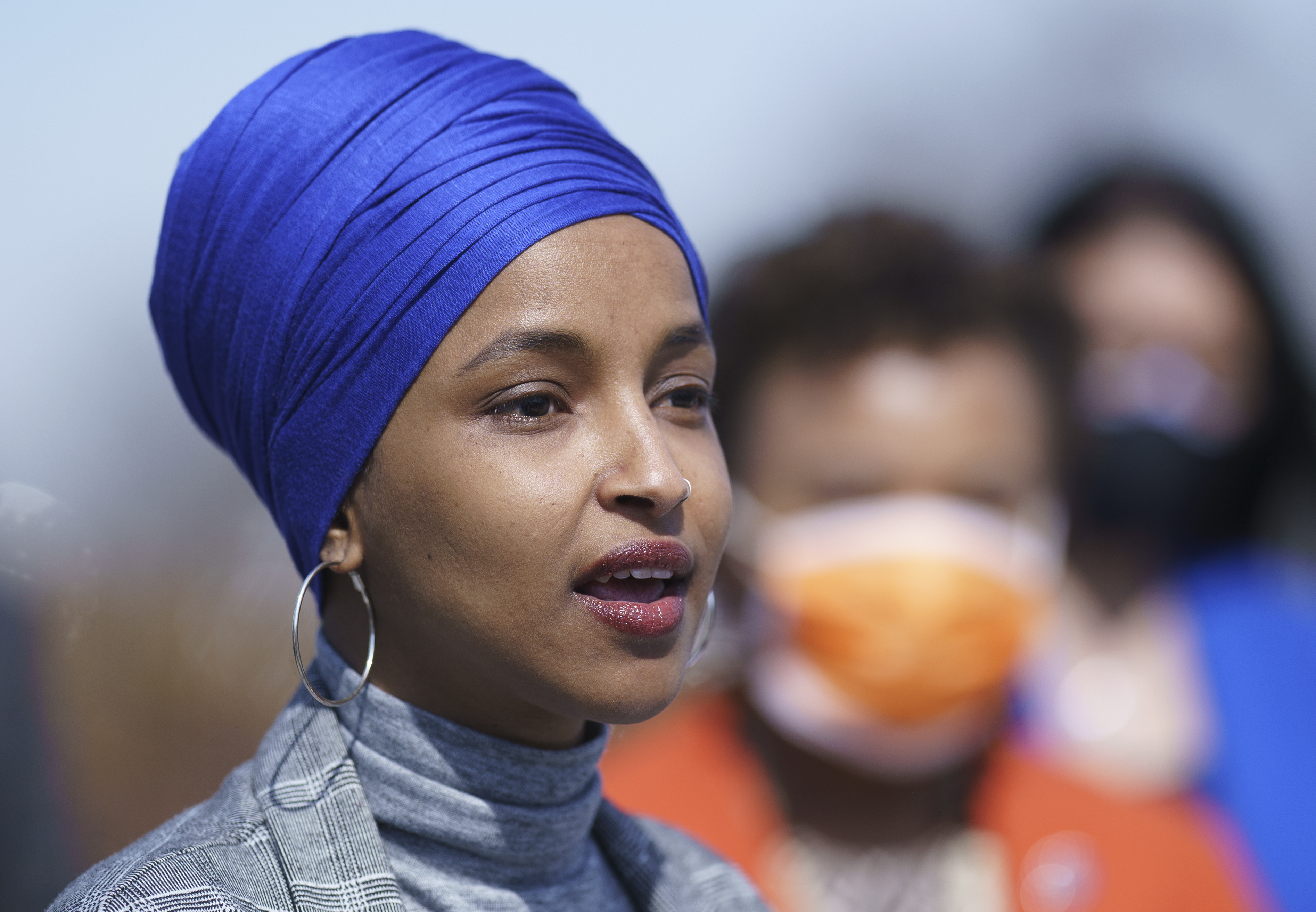 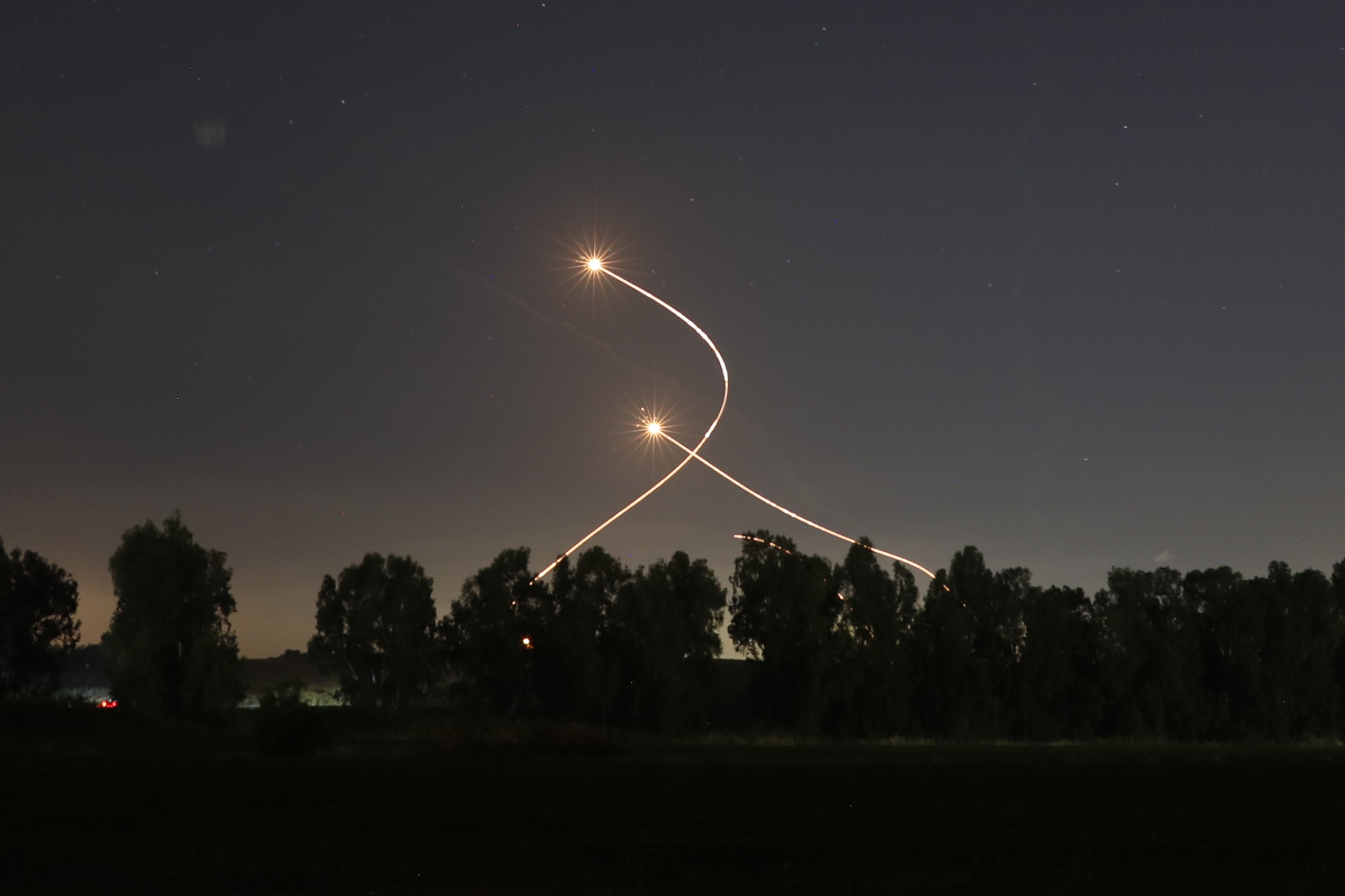 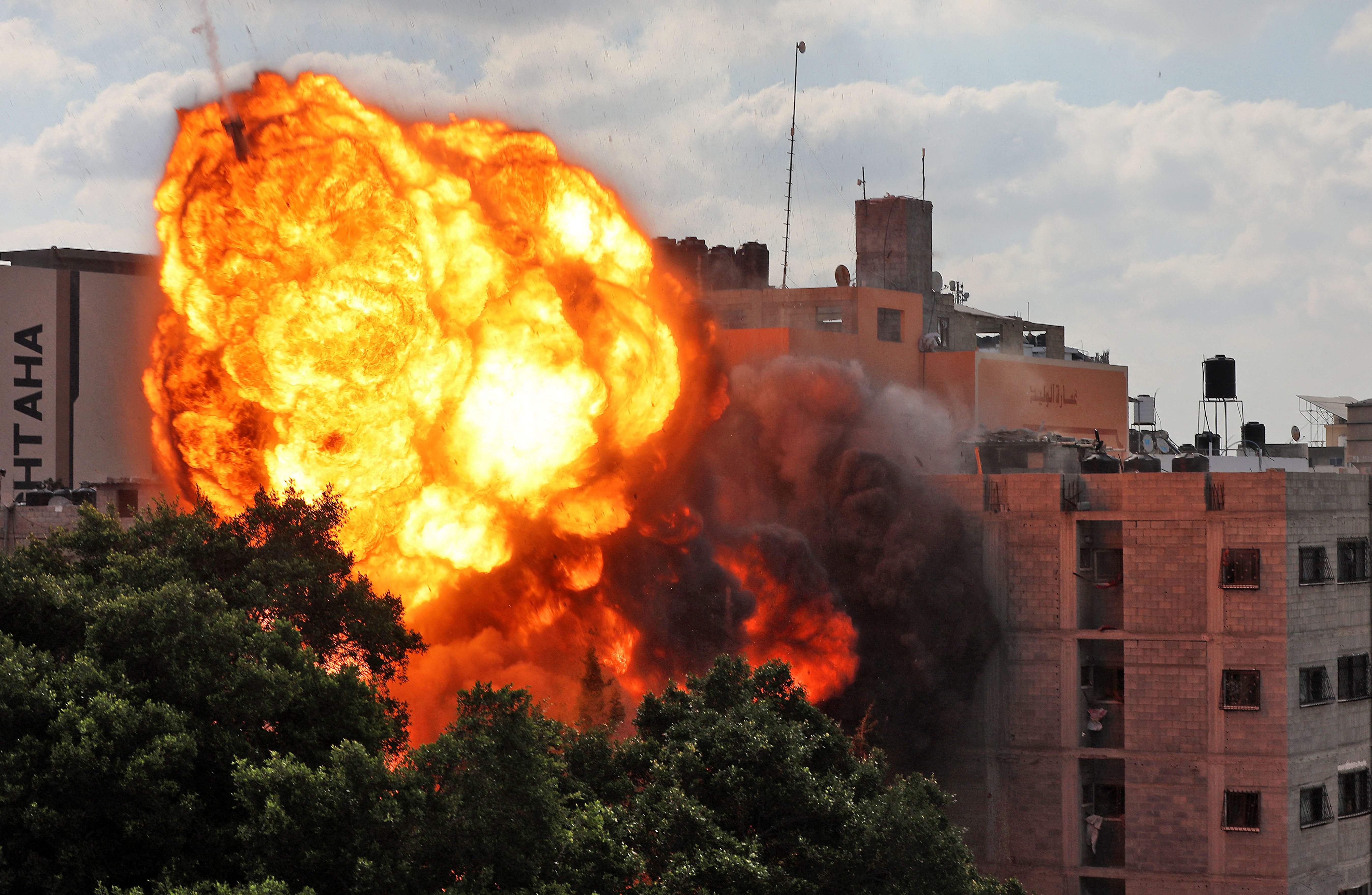 It comes as Israel bombarded Gaza with more airstrikes as 9,000 reserve troops have been called up.

The IDF had previously said soldiers on the ground had entered the Palestinian enclave – as its fighter jets continued to hit targets belonging to militants.

It’s reported that the death toll in the conflict has reached at least 110 people, including dozens of children.

Some 160 aircrafts flying simultaneously conducted a massive attack on a network of tunnels dug by the Hamas under Gaza last night – dropping 450 missiles.

Eight Israeli’s have been killed, including one soldier and one child –  in fifth night of fighting.

Egyptian mediators rushed to Israel for cease-fire efforts but showed no signs of progress. 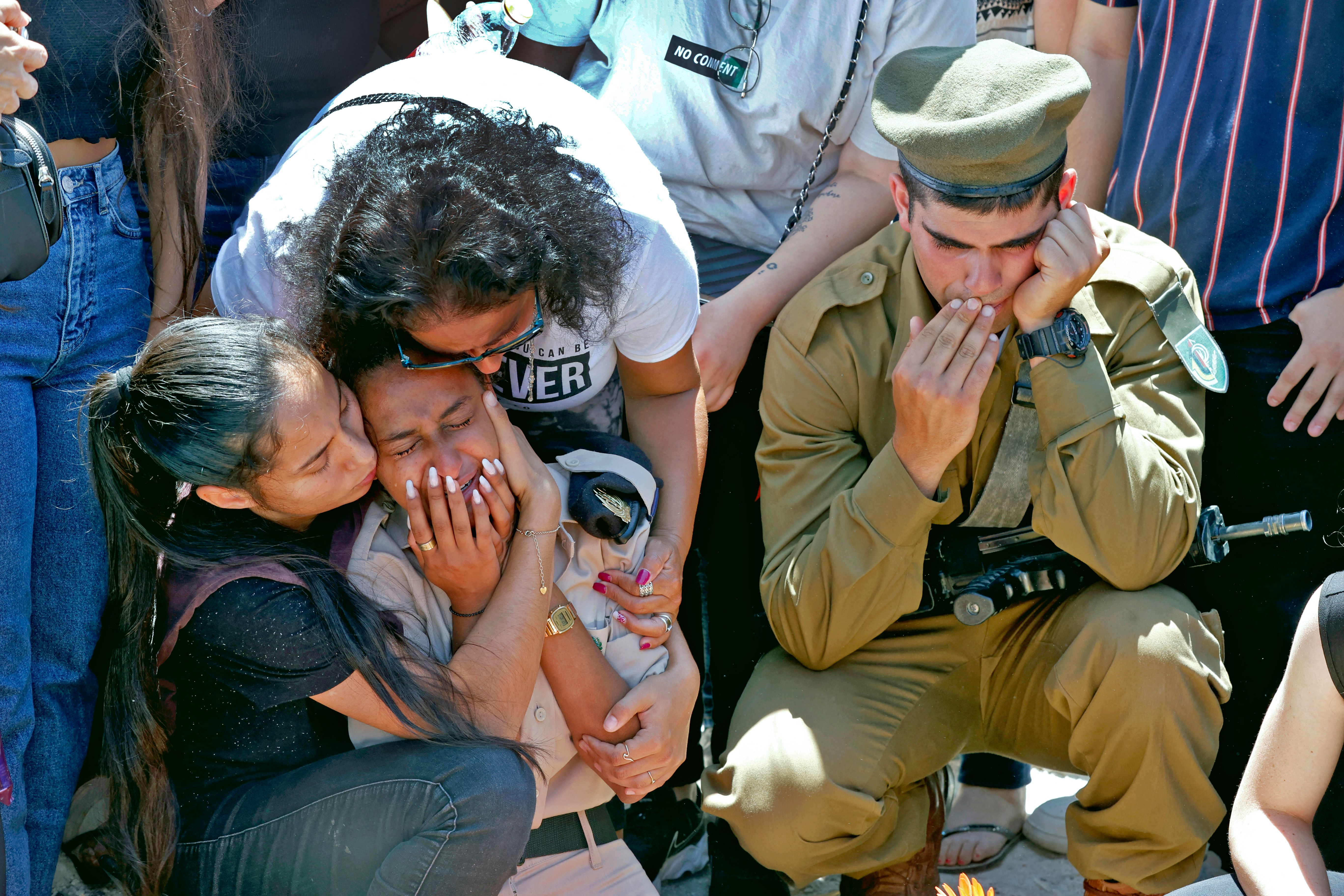 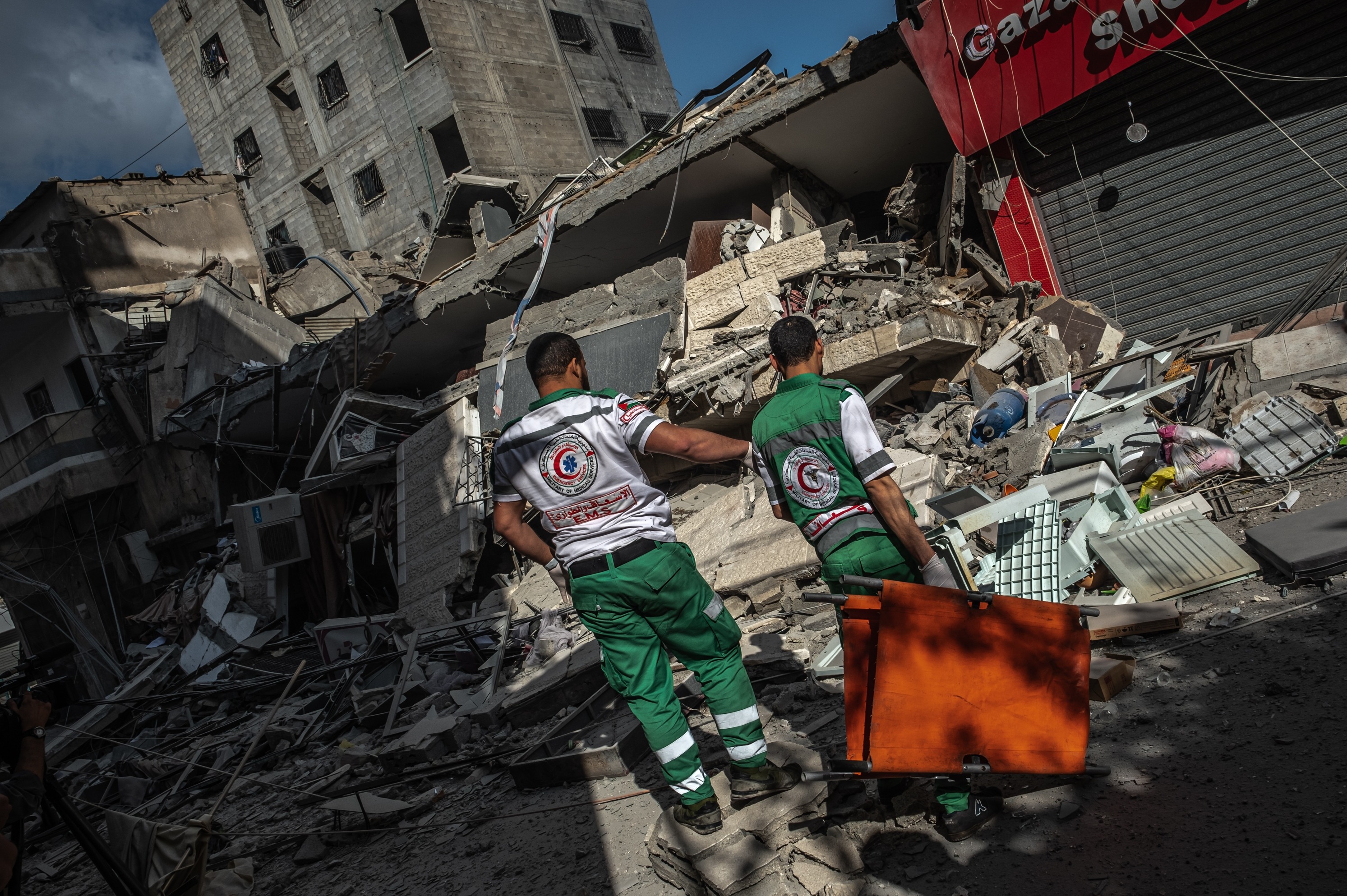 Despite those efforts, the fighting only intensified. Israeli aircraft pummelled targets in Gaza throughout the day.

And late Thursday, Israel fired tank and artillery shells across the border for the first time, sending scores of terrified residents fleeing for safety.

Mob violence in Israel has erupted for a fourth night as Jewish and Arab groups reportedly clashed in Lod.

Since Monday, Gaza militants have fired nearly 2,000 rockets into Israel while Netanyahu's forces have responded with hundreds of air strikes.

Several Hamas barrages targeted the seaside metropolis of Tel Aviv, some 45 miles away. 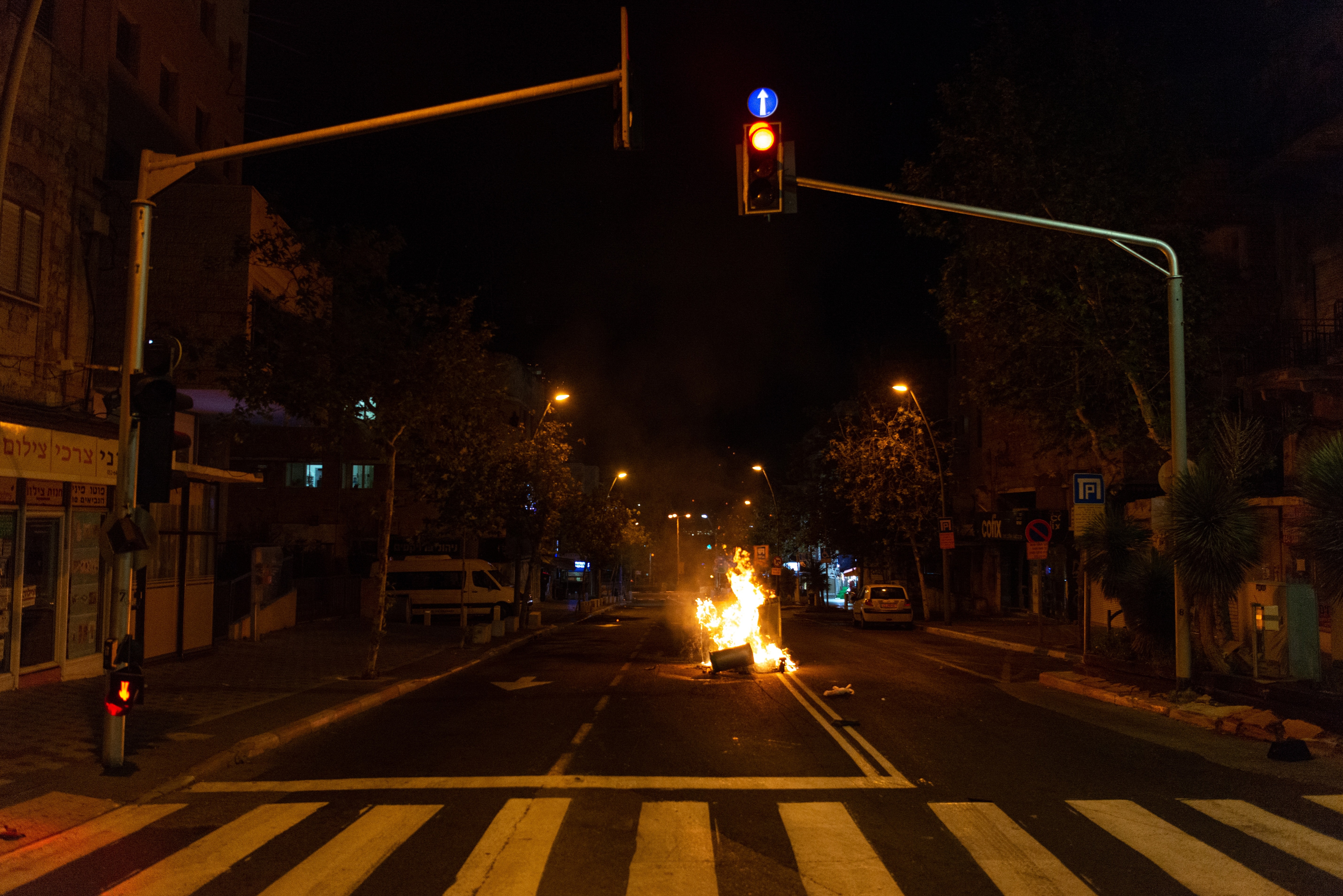 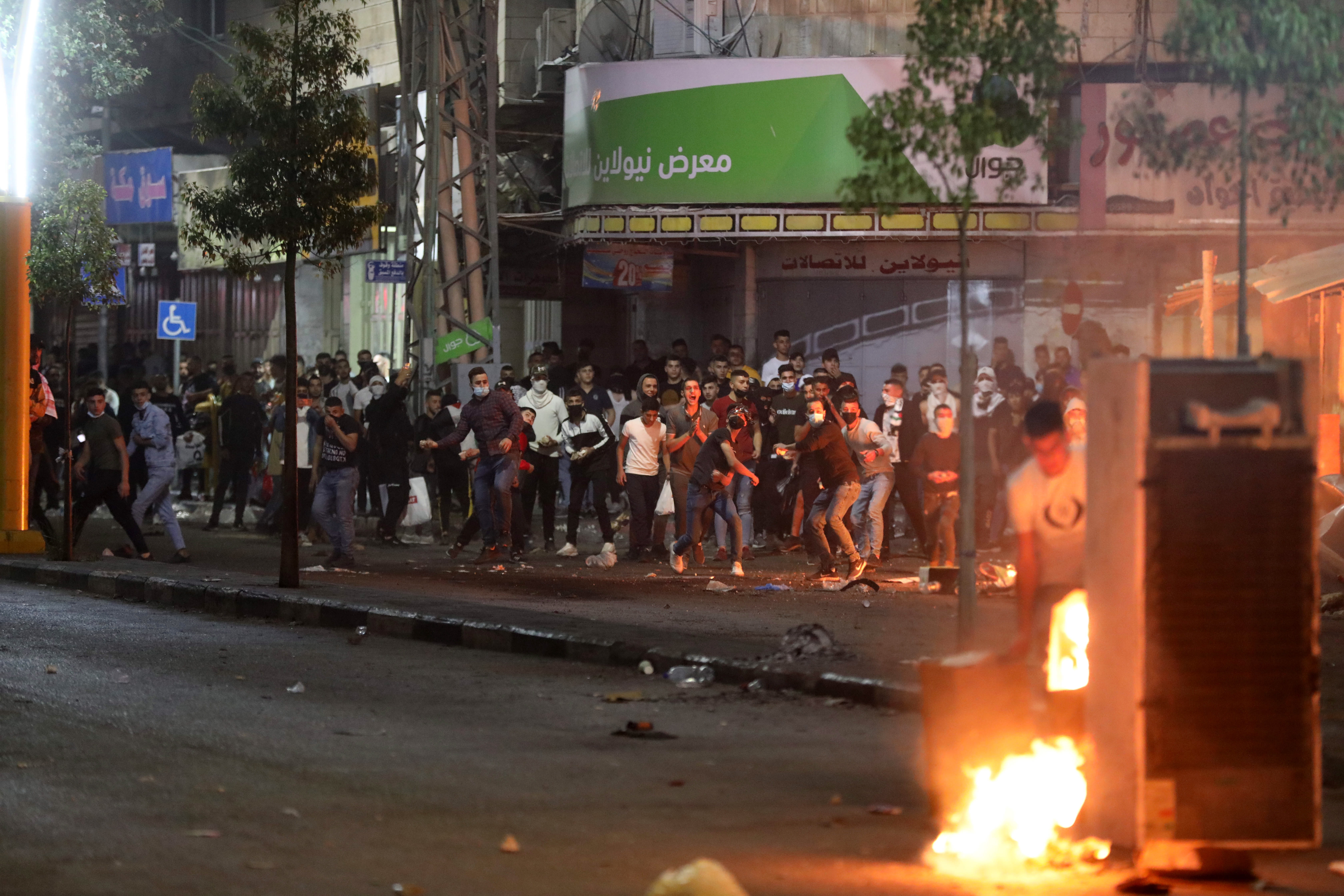 Gaza's Health Ministry said the death toll has climbed to 103 Palestinians, including 27 children and 11 women, with 530 people wounded.

The Hamas and Islamic Jihad militant groups have confirmed 20 deaths in their ranks, though Israel says that number is much higher.

Israeli forces say their targeted airstirkes have “neutralized” half a dozen senior Hamas terrorists behind more than 1,000 rocket attacks since Monday.

Doctors Without Borders, which is helping treat the wounded on the ground, said the heavy Israeli bombing is "pushing Gaza to the edge of catastrophe".

It’s reported that the IDF are reportedly ready to “intensify operations” despite Biden’s call for peace.

The latest flare-up of violence threatens to escalate into an even blooder conflict like the devastating 50 day war in 2014.

Israel’s army said that around 1,500 rockets have been fired into Gaza from Israeli cities since hostilities escalated earlier in the week.

United Airlines, Delta Airlines and American Airlines canceled flights between the US and Tel-Aviv on Wednesday.