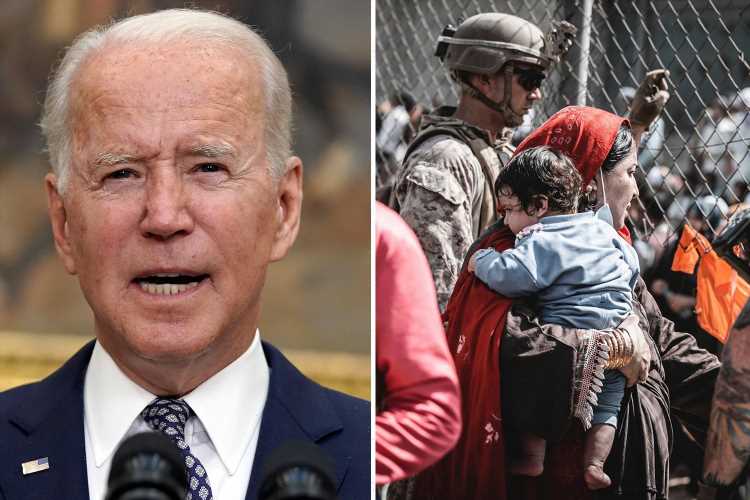 The president continues to be criticized as he rejected calls to extend the US' presence in the war-torn country beyond the end of the month despite receiving pleas from world leaders to do so. 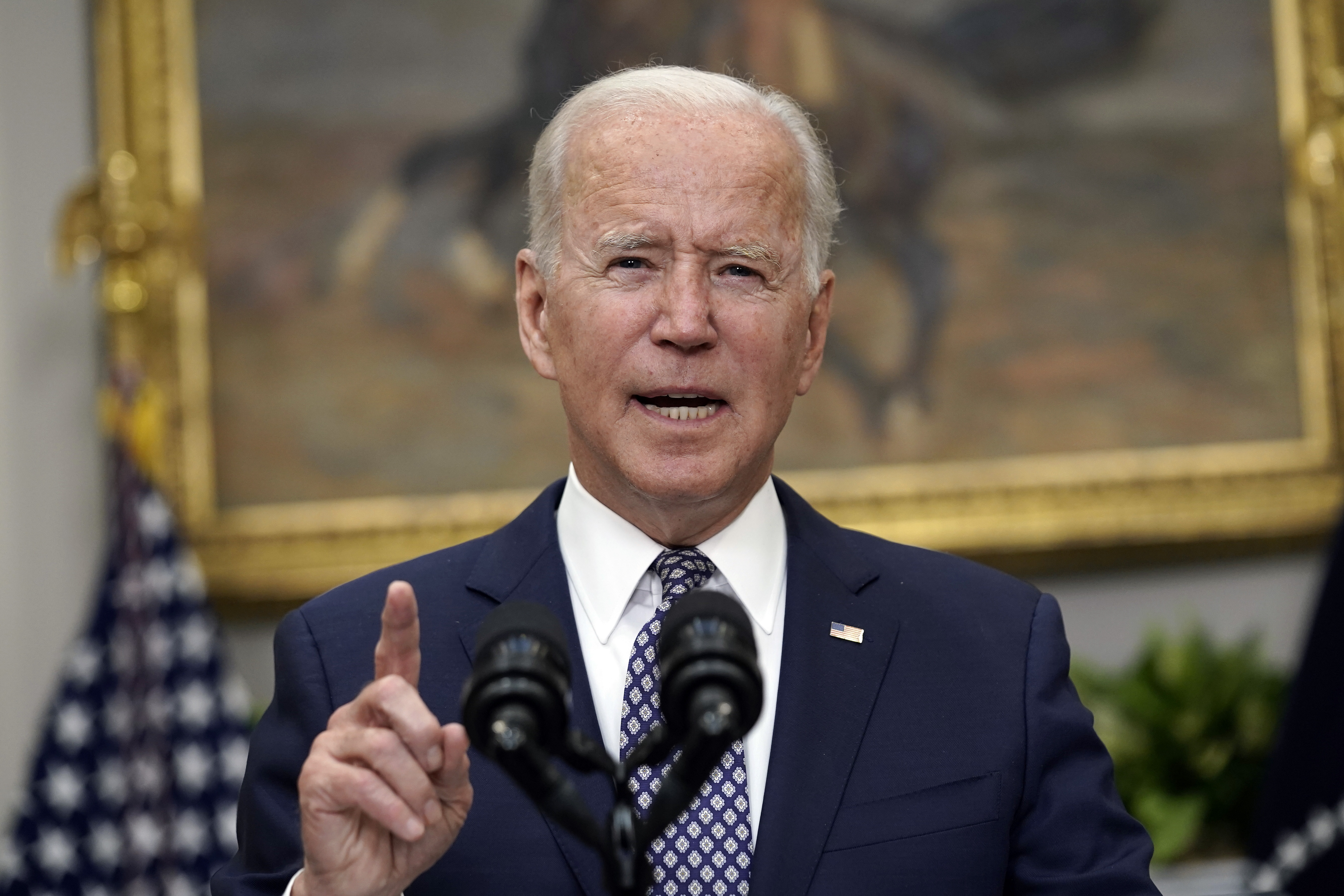 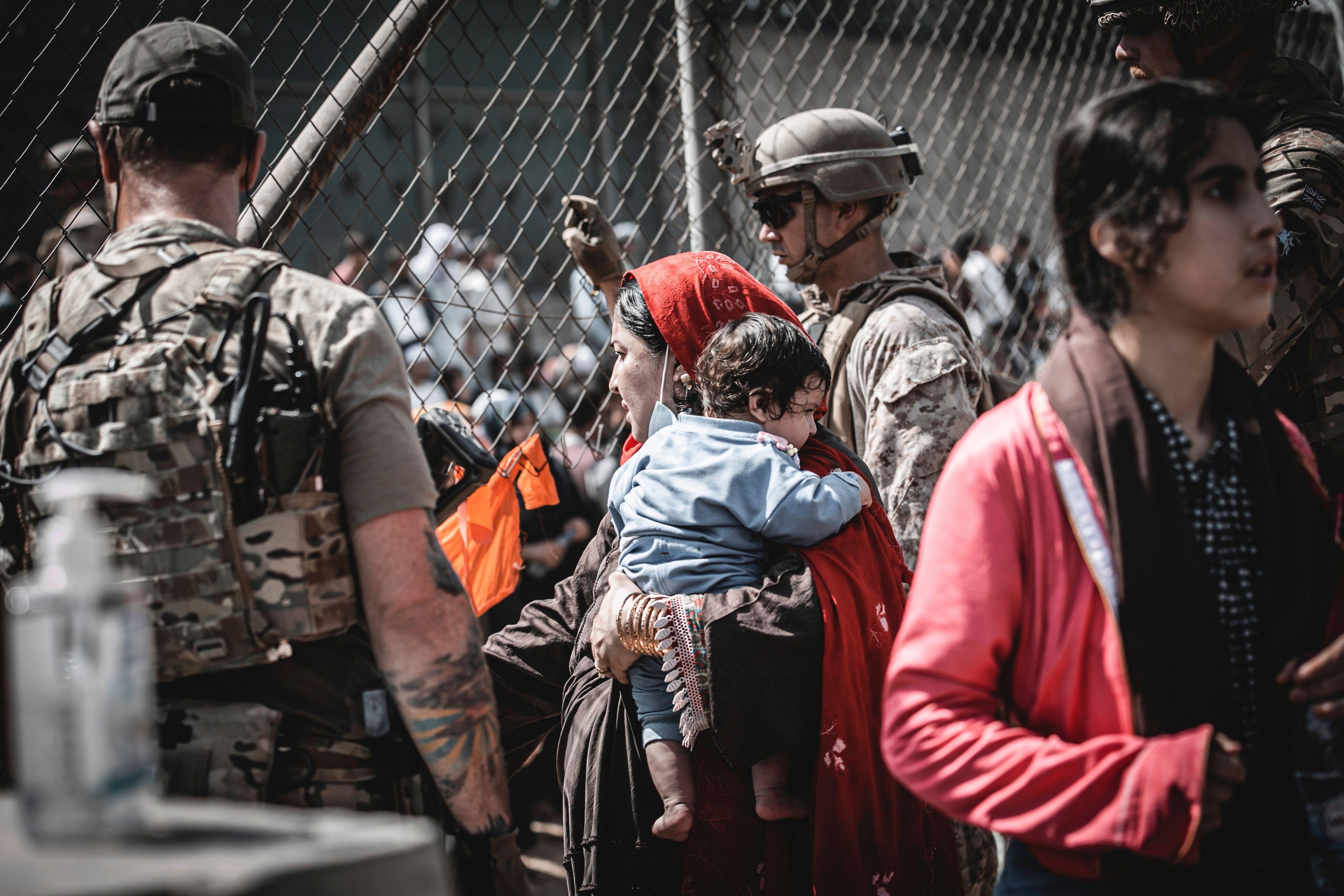 The journalist said: "He doesn't seem to understand what it takes to evacuate people, the buildup, the time needed, the amount of people that he has promised that he was going to get out.

"The military pulls out, they have to go back within 11 days, then they’re expected to move 100,000 people out of Afghanistan in a matter of a week.

"It's only been a week since the Taliban took over and already we reported earlier today, the military is having to pack up because, once again, the president has given an arbitrary deadline, August 31st."

Griffin said troops stationed in Kabul have been given an "impossible task".

She said: "The people who are suffering are the Afghans who are being left behind, the women and children who won’t be able to go to school, and those poor American troops who are doing the best they can right now.

"I can’t imagine the trauma they are experiencing right now and that they will be suffering from when they get home."

The journalist accused Washington of "not keeping its promises" as she warned Afghans that have "sacrificed their lives" will be left behind.

Biden said troops will be withdrawn in just under a week as Taliban henchmen said no evacuation flights are allowed after August 31.

He told Americans on Tuesday that the US military is “on track” to meet that deadline but warned it depended on the Taliban’s cooperation.

He tried to assure the public that "any American who wants to get home will get home" but warned the situation remains "tenuous".

The president was slammed for his address as he spent the first portion of it talking about domestic politics and the economy.

Social media users were quick to take shots at Biden.

One posted: “We’ve been waiting for Biden to talk about Afghanistan all day and he comes out and [talks] about build back better.

“We may not have a country to build back anything if he keeps up his actions.”

Taliban spokesman Zabihullah Mujahid said no evacuation flights from Afghanistan will be allowed after August 31.

Henchmen previously warned that there would be consequences if forces didn't leave the country on time.

Biden reportedly allowed US troops to rescue stranded Americans from outside the airport as he feared another "Black Hawk Down" situation.

Dead US troops were dragged through the streets of Somalia in 1993 after two "Black Hawk" choppers were shot down during the civil war.

US Special Forces rescued 16 American citizens from outside Kabul airport on Monday.

Biden’s approach toward the Afghanistan crisis has been staunchly criticized by both Democrats and Republicans.

Former President Donald Trump claimed terrorists could be “sneaking” on to evacuation flights that are heading to the US.

Biden surrendered Afghanistan to terrorists and left thousands of Americans for dead."

The Republican alleged: “Biden surrendered Afghanistan to terrorists and left thousands of Americans for dead by pulling out the Military before our citizens.

“You can be sure the Taliban, who are now in complete control, didn’t allow the best and brightest to board these evacuation flights.

"Instead, we can only imagine how many thousands of terrorists have been airlifted out of Afghanistan and into neighborhoods around the world."

Trump branded the evacuation process as a "terrible failure" with "no vetting."

Trump added: "How many terrorists will Joe Biden bring to America? We don’t know!"

Florida Rep Byron Donalds called for Biden to resign over his "haphazard" decision to pull troops out of Afghanistan.

He accused Biden of abdicating his responsibility and duties.

Meanwhile, GOP lawmakers Lindsey Graham and congresswoman Marjorie Taylor Greene have called for the president to be impeached.

The chaos in Kabul has seen at least 20 people killed following stampedes and shootings.

Last week, desperate Afghan stowaways were pictured falling to their deaths as they tried to flee the Taliban. 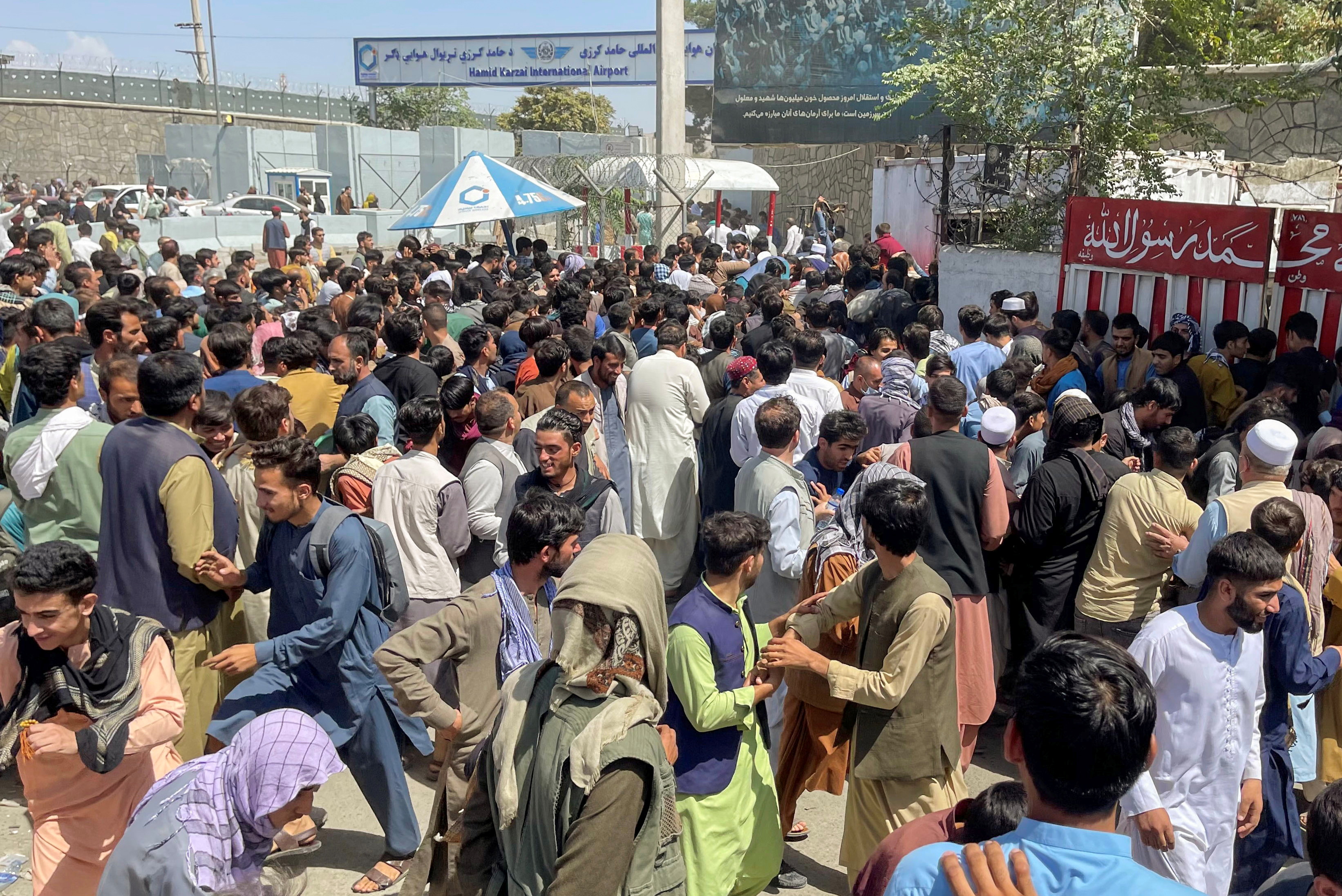 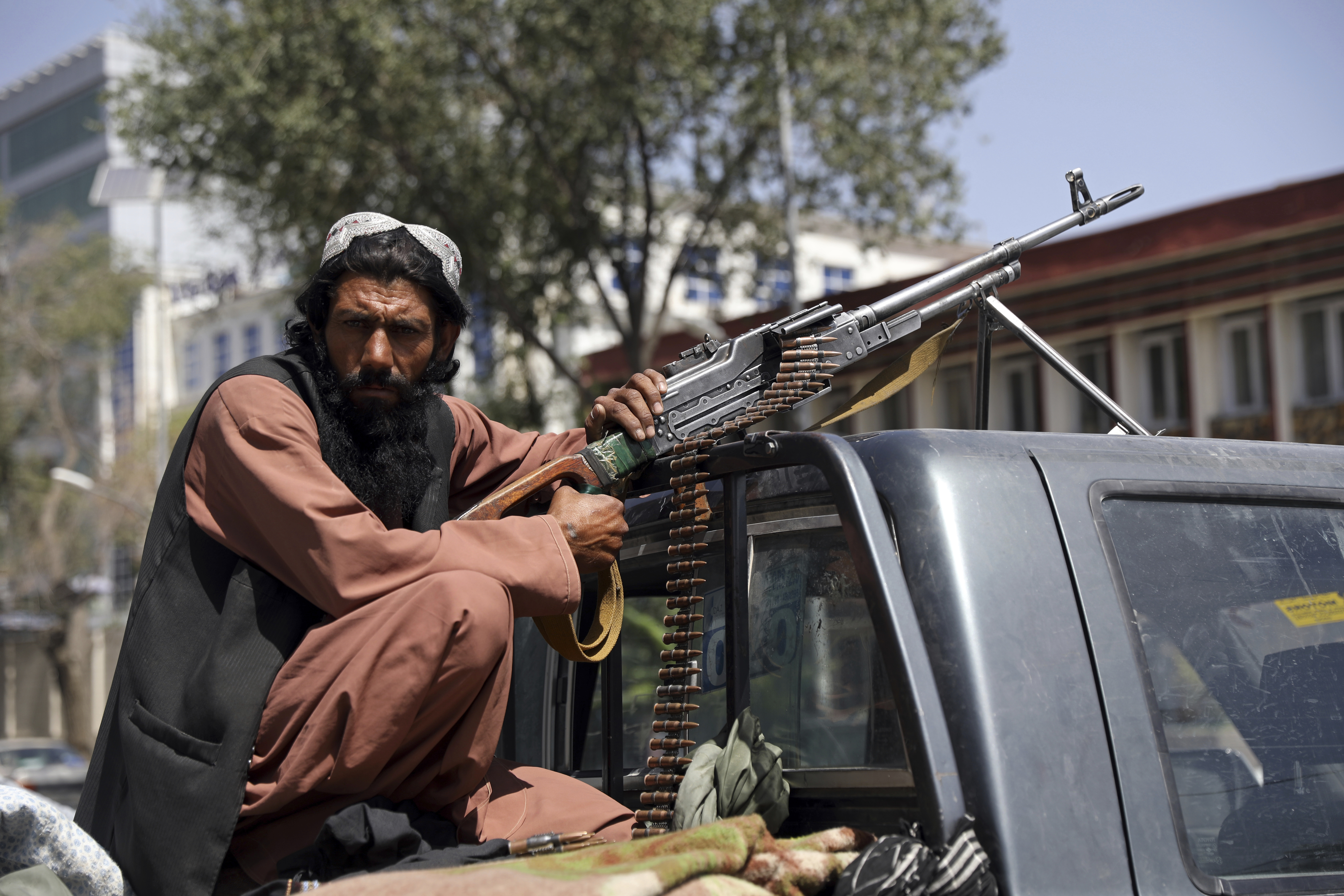 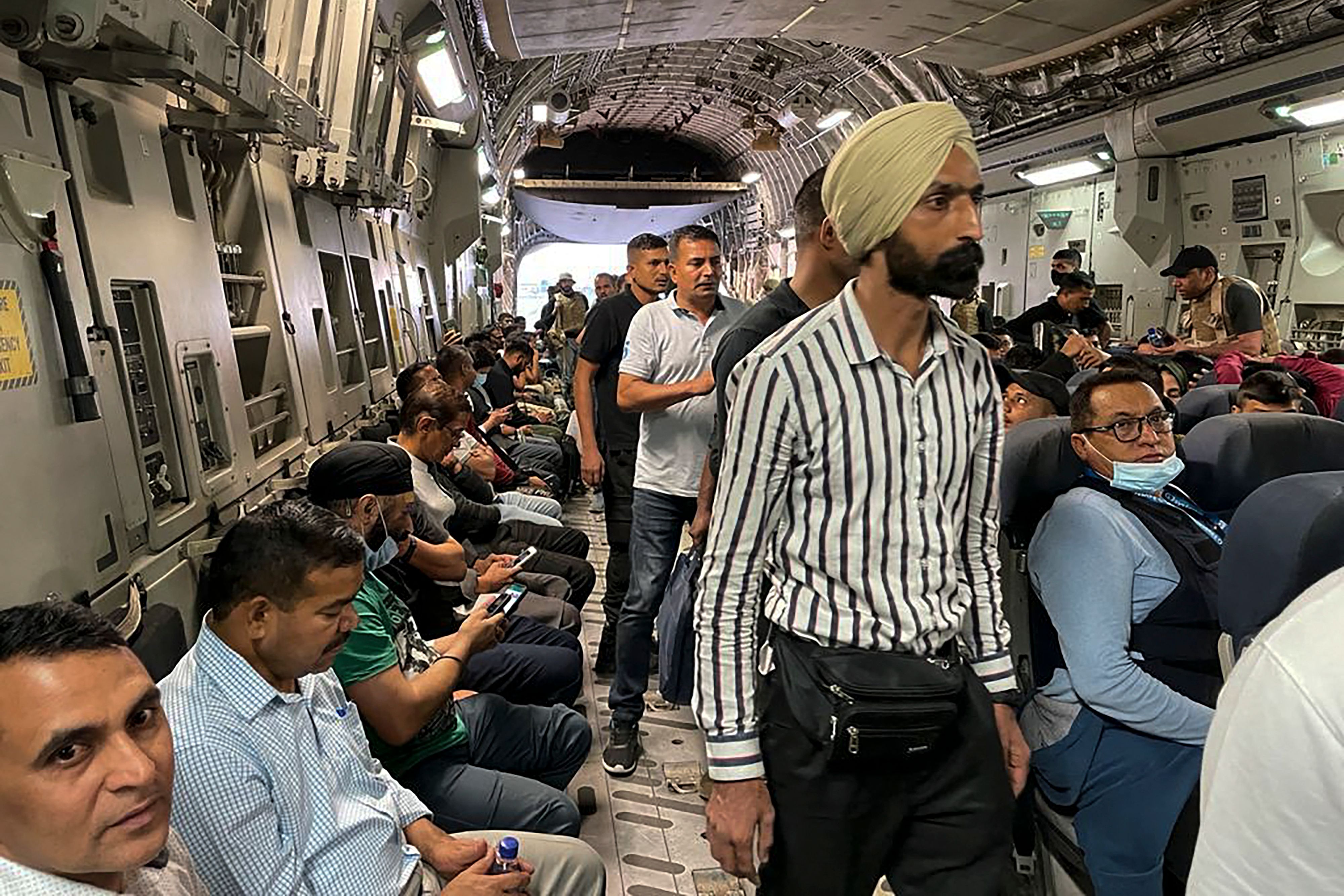