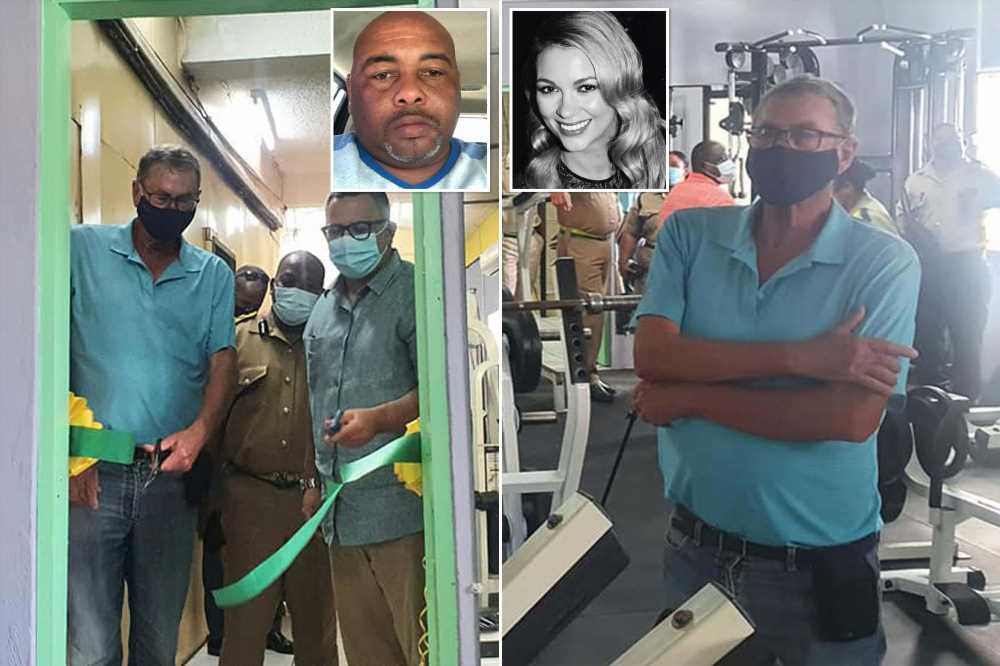 Billionaire’s relative admitted killing cop after she was threatened with coke charge: reports

British billionaire Lord Michael Ashcroft — whose son’s longtime partner Jasmine Hartin is charged in the shooting death of a top Belize cop — reportedly paid for a police gym and jail on the island.

He was photographed in February cutting the ribbon on the brand-new gym, for which he shelled out $135,000, at the main police headquarters, the Daily Mail reported.

At the event, Ashcroft, 75, whose net worth is estimated at about $2 billion, said his “interest in law and order” dated back to 1988, when he “formed and became chairman of the United Kingdom Crime Stoppers organization,” according to the outlet.

The prominent businessman said he was approached directly by police Commissioner Chester Williams to bankroll the project.

“It was Mr. Ashcroft who donated a gym to us not Jasmine,” Williams said this week, according to the outlet.

Ashcroft also donated $60,000 to Belizean police for the purchase of anti-COVID supplies, the news outlet reported.

In July 2020, police awarded him an “Outstanding Citizen Award” for his support, it added.

And the notorious Central Prison, where Hartin is holed up, also has benefited from Ashcroft’s largesse, said the outlet, which reported that his foundation’s website lists the Kolbe Foundation that runs the facility as one of his major charitable projects.

The lockup’s facilities include the Ashcroft Rehabilitation Centre, the only drug and alcohol rehab center in the country that was built through a big donation from the billionaire, the report said.

The donations have often been made through Ashcroft’s coronavirus relief fund, which has injected millions of dollars into helping the country’s response to the pandemic, according to the outlet.

Ashcroft, who served as the Belizean ambassador to the UN from 1998 to 2000, admitted in his 2005 biography that his interests in the country have been “exempt from certain taxes for 30 years,” the Daily Mail reported.

“Ashcroft is an extremely powerful man. His net worth may well be equal to Belize’s entire GDP. He is nobody to cross,” Belize’s then Prime Minister Dean Barrow said in 2009.

At the time, the billionaire denied Barrow’s charge that he had “subjugated an entire nation” through his extensive business interests in the former British colony, according to a report in the Guardian.

In 2007, when Ashcroft’s Belize Bank faced 80 charges of failing to comply with anti-money-laundering laws, the case was withdrawn amid fears that any damage to the bank would lead to the collapse of the country’s economy, the Daily Mail reported.

‘[Lord Ashcroft] wants to own everything and the stupid government lets him,” Belize City resident john Lockwood told the outlet., adding that he would expect to be imprisoned if he killed someone – event accidentally.

“What goes for me should go for you,” he added.