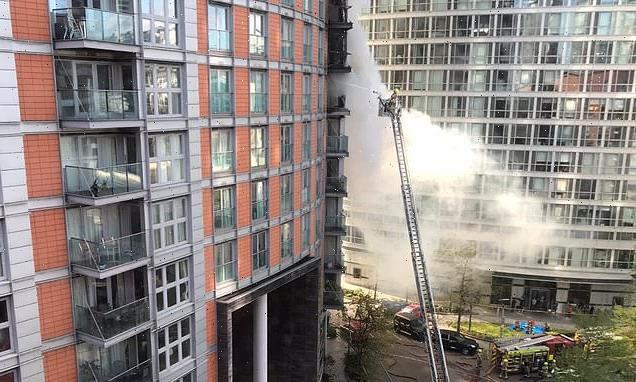 One hundred firefighters are battling an east London tower block fire, believed to have Grenfell-style cladding.

Emergency crews in some 20 fire engines are at the scene in New Providence Wharf, near Canary Wharf, after the blaze broke out this morning.

London Fire Brigade was called shortly before 9am and has been battling the fire ever since, with parts of the eighth, ninth and tenth floors alight.

The cause of the fire is not known at this stage. 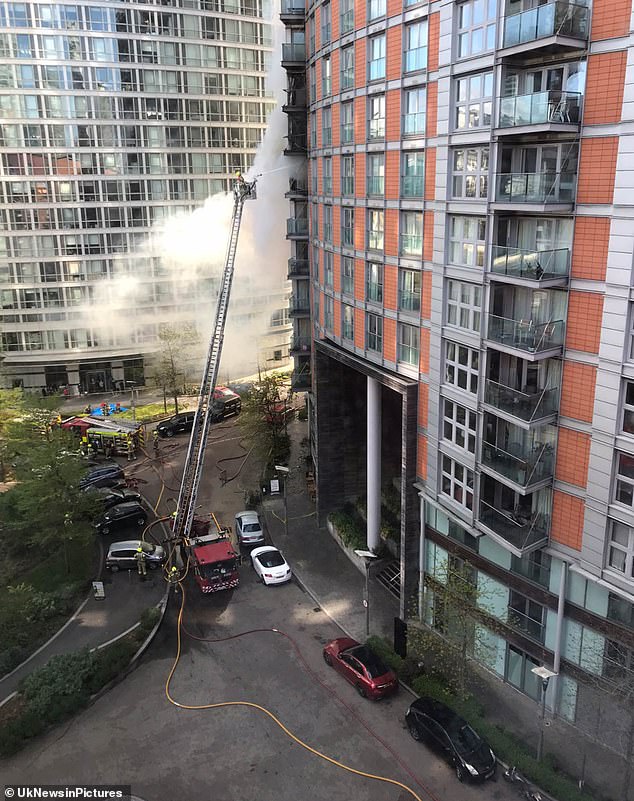 One hundred firefighters are battling an east London tower block fire, believed to have Grenfell-style cladding

Witnesses reportedly weren’t alerted to the blaze by the fire alarm for more than half an hour, with one resident claiming they only noticed when they woke up to the smell of smoke.

The building is believed to be covered in ACM cladding, the same type used on Grenfell Tower, which went up in flames in 2017.

Two years after the tragedy, which claimed 72 deaths, ministers pledged £200m for the aluminium composite material to be removed from 170 privately-owned towers across the UK.

However, work never begun on making the change, despite the funding being available for several months.

Some reports suggested the cladding was in fact due to be removed this week, in a project scheduled to last until March next year.