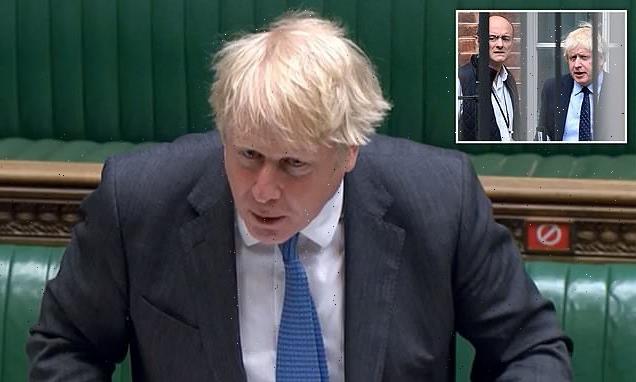 Boris Johnson issues ANOTHER flat denial he said ‘let the bodies pile high’ in furious rant about Covid lockdowns as he challenges witnesses who told Daily Mail, BBC and ITV that he did say it to come forward publicly

A furious Boris Johnson today issued another flat denial over claims he would rather see ‘bodies pile high’ than impose a third lockdown as he dared witnesses who briefed that he said it to come forward publicly.

Mr Johnson has repeatedly denied making the remark in a fit of pique last Autumn – despite multiple sources telling the Mail, BBC and ITV that he did.

Amid a bitter briefing war with former Number 10 chief Dominic Cummings, he laid down the gauntlet to those who have been anonymously accusing him of making the comment. 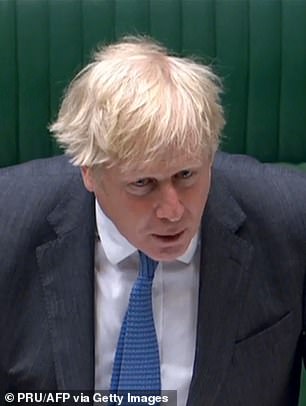 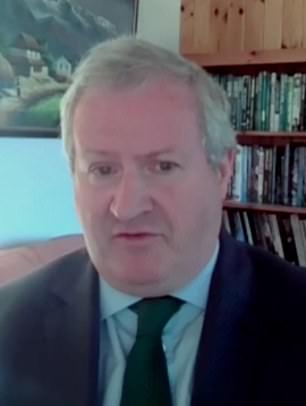 A furious Boris Johnson today dared witnesses who claim to have heard the Prime Minister say he would rather see ‘bodies pile high’ than impose a third lockdown to come forward. The matter was raised during Prime Minister’s Questions by both SNP Westminster leader Ian Blackford and Labour leader Sir Keir Starmer 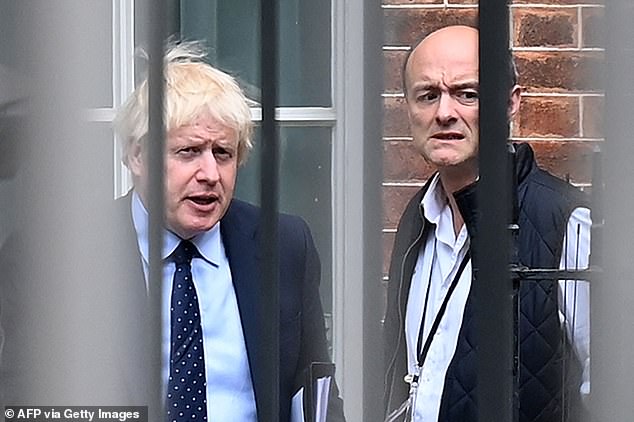 Amid a bitter briefing war with former Number 10 chief Dominic Cummings, Mr Johnson laid down the gauntlet to those who have been anonymously accusing him of making the comment

Sir Lindsay said of the comments: ‘Can I just say unfortunately they’re in order, but were not savoury and not what we would expect.

Mr Johnson then told Mr Blackford: ‘If he is going to relay that kind of quotation, it is up to him in a place like Parliament to produce the author, the person who claims to have heard it, because I can’t find them, he says that they’re willing to go on oath.

‘Perhaps they’re sitting somewhere in this building, I rather doubt it because I didn’t say those words.

Sir Keir had earlier asked Mr Johnson: ‘Can the Prime Minister tell the House categorically, yes or no, did he make those remarks or remarks to that effect?’

Mr Johnson replied: ‘No, Mr Speaker, and I think the right honourable gentleman is a lawyer I am given to understand and I think if he is going to repeat allegations like that he should come to this House and substantiate those allegations and say where he heard them and who exactly is supposed to have said those. 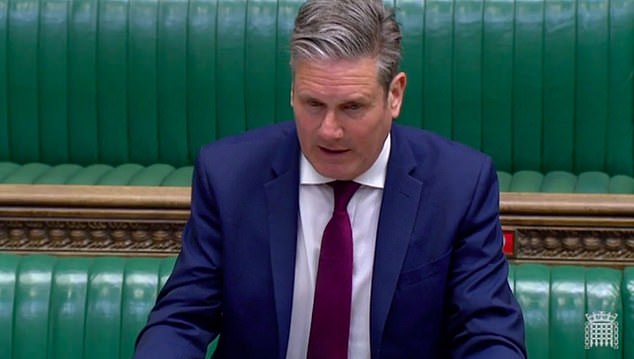 Sir Keir asked Mr Johnson to say ‘categorically, yes or no’ whether he made the remark, to which Mr Johnson replied: ‘No’

‘Who exactly is supposed to have said those things Mr Speaker? Because what I certainly can tell him, he asks about the October decisions, they were very bitter, very difficult, decisions as they would be for any prime minister, Mr Speaker, because no one wants to put this country into lockdown with all the consequences that means for loss of education, for the damage to peoples’ life chances to the huge medical backlog that it entails.

‘But it was thanks to that lockdown, the tough decisions that we took, thanks to the heroic efforts of the British people that we have got through to this stage in the pandemic where we find ourselves rolling out our vaccine where we have done 50 per cent of the population, 25 per cent of the adult population have now had two doses, Mr Speaker.

‘Lockdowns are miserable. Lockdowns are appalling things to have to do. But I have to say that I believe we had absolutely no choice.’