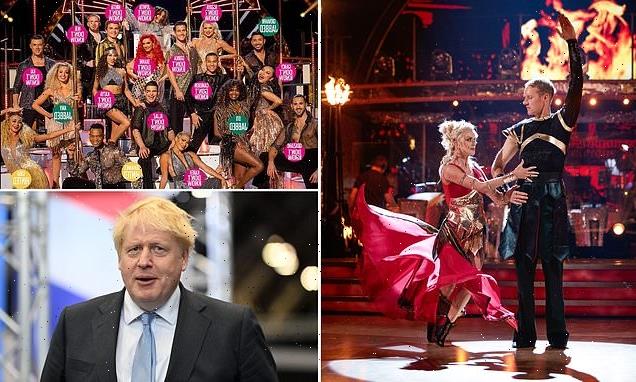 Boris Johnson today told Strictly contestant Dan Walker ‘it should be Strictly Come Vaccinated’ as he called on all of the dance show’s stars to get a Covid jab.

Speaking before he gave an interview to BBC Breakfast this morning, the Prime Minister also quizzed the presenter about whether it was dancers or celebrities who had refused the jab.

But the 44-year-old, who is performing on the show with his dance partner Nadia Bychkova, 32, said he did not know. 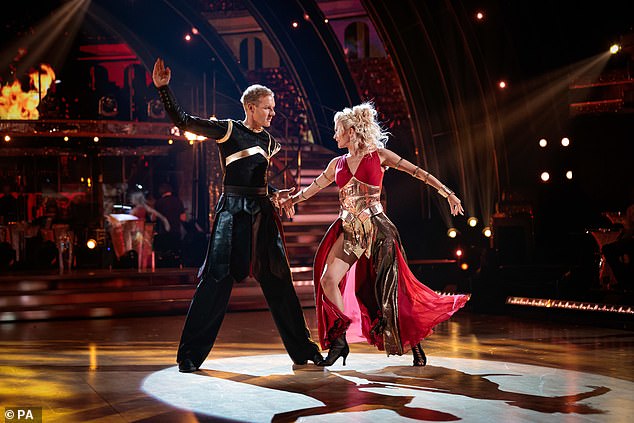 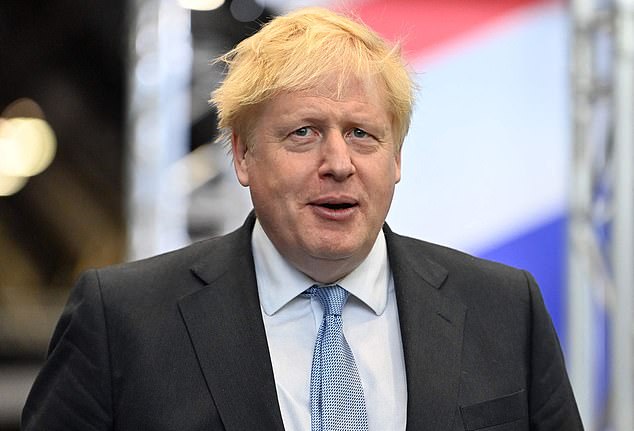 Three stars of the show are believed to be unjabbed, and are reportedly hiring lawyers to keep their identities secret.

It comes as McFly singer Tom Fletcher and his professional dance partner Amy Dowden were forced to miss this week’s show after testing positive for Covid, although there is no suggestion they weren’t vaccinated.

Speaking on BBC Breakfast this morning, Mr Johnson admitted that he did not watch the popular Saturday night series, which is presented by Tess Daly and Claudia Winkleman.

He first weighed into the jab row last month, telling GB News: ‘Everyone should take their jabs and I’m saying that not in a bullying way but just because I think it’s a great thing to do.’

On Saturday, several Strictly pros were reported to have called in their union over the show’s recent vaccine row – as former head judge Len Goodman blasted the ‘madness’ of the show continuing without mandatory jabs.

The dancers have asked for advice and support from the entertainment arts union Equity after a confrontation with show bosses, according to a newspaper.

The unvaccinated pros are reportedly so opposed to receiving the Covid jab they are willing to quit the show. 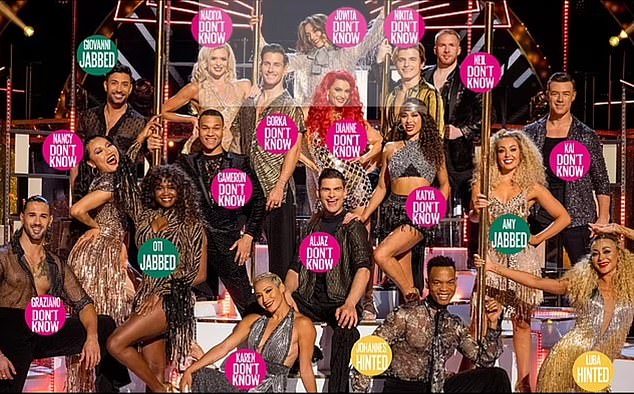 Sources claim that despite others pleading for them to reconsider, the dancers, who have not been named, are steadfast in their decision not to have the jab.

A source told the Sun: ‘Both vaccinated and unvaccinated dancers have gone to the union. They want to know how to navigate their rights with BBC bosses.’

It continued that things behind the scenes are ‘increasingly tense’ and could even lead to the union recommending ‘some sort of action by those who feel aggrieved’.

A Strictly spokesman told MailOnline in response: ‘It is not the case that concerns have been raised with the BBC or the Strictly production team from dancers or celebrities about vaccination, or that they have threatened to quit.’

Meanwhile, Mr Goodman said it was ‘madness’ that everyone on the show wasn’t required to be fully vaccinated before it started.

‘I can imagine it becoming quite confrontational if anyone found out their partner wasn’t vaccinated,’ he added.

‘People need to realise it’s not just about them, but it’s about having respect for others and especially the older people who have proved to be more vulnerable.’