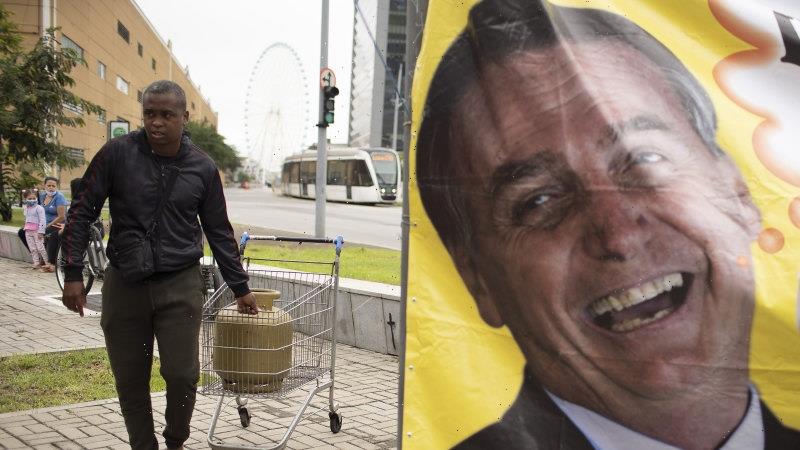 Rio de Janeiro: Brazil on Thursday became the second country to pass 400,000 COVID-19 deaths after the United States, and experts warned the daily toll could remain high for several months due to slow vaccinations and loosening social restrictions.

Brazil on Thursday registered 3001 new COVID-19 deaths, taking its total since the pandemic began to 401,186 fatalities, the Health Ministry said.

A brutal surge of coronavirus infections this year has pushed hospitals around the country to the brink of their capacities and led to 100,000 deaths in just over a month. 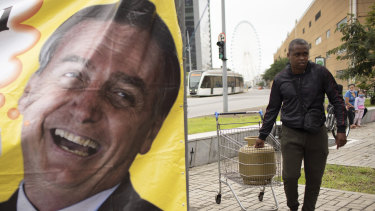 A man pulls a shopping cart hauling a cooking gas tank as he arrives to a Petrobras Oil Tankers Union campaign selling fuel at low prices amid the coronavirus pandemic, in Rio de Janeiro.Credit:AP

Brazil’s COVID-19 deaths have fallen slightly from a peak of more than 4000 in a single day in early April, prompting many local governments to ease lockdowns.

But infectious disease experts warned that this easing will keep deaths elevated for months as vaccines alone cannot be counted on to contain the virus. Two experts said they expect deaths to continue to average above 2000 per day.

“Brazil will repeat the same mistake as last year,” said epidemiologist Pedro Hallal, who led a national study on COVID-19. 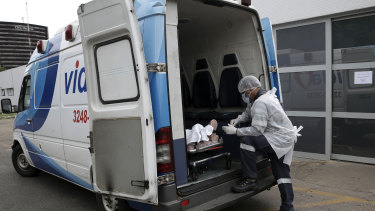 A healthcare worker waits in the ambulance with a patient to enter a public hospital in Brasilia, Brazil.Credit:AP

“What will Brazil do now? Go back to easing restrictions and that will stabilise us at 2000 deaths per day, as if 2,000 deaths from a single disease in one day is normal,” he said.

India has recently surpassed Brazil in average daily deaths, although Brazil has a higher cumulative toll despite having a population one-sixth the size of India’s.

The surge in infections is being driven by the P.1 coronavirus variant discovered in Brazil that is believed to be 2.5 times more contagious that the original version.

The vaccine rollout, with only about 13 per cent of people having received one shot to date, has not been enough to contain the spread without social restrictions, said Diego Xavier, a researcher at government health institute Fiocruz.

He also predicted more than 2000 deaths per day would become the norm without a major acceleration in vaccinations, as has been seen in countries like the United States.

The experts blamed the death toll on the failure of government – from President Jair Bolsonaro to many state governors and mayors – to launch a strong enough response to the pandemic.

“We have reached this number of 400,000 deaths mainly because of the managerial incompetence of this government, led by the president,” said Jamal Suleiman, a doctor at the Emilio Ribas Infectology Institute.

Bolsonaro has downplayed the severity of the virus since the beginning, opposed strict lockdown measures, failed to strongly endorse masks and only recently embraced vaccines.

The vaccination campaign has faltered with the Health Ministry over the weekend saying that 30 per cent fewer vaccines were received than expected in January to April.

Many municipalities have run out of vaccines and cannot administer second shots as planned, while others have seen long lines as many people fear supplies will not last.

On Thursday, Brazil’s first batch of Pfizer vaccines arrived in the country. The initial delivery was just over 1 million doses, with the US company set to deliver 100 million shots by the end of the third quarter.

Bolsonaro insists the country must get back to business as usual, arguing that the economic hardship for Brazilians is equally as bad as the pandemic itself.

The Senate this week launched a special committee investigating possible wrongdoing in the government’s pandemic response, promising to call current and former top officials in Bolsonaro’s administration to testify.