A federal jury on Wednesday convicted R. Kelly of several child pornography charges in his hometown of Chicago, delivering another legal blow to a singer who used to be one of the biggest R&B stars in the world.

The decision comes after a federal judge in New York sentenced Kelly to 30 years in prison in June for racketeering and sex trafficking.

Based on that sentence, he will not be eligible for release until he is around 80.

The Chicago trial was, in many ways, a repeat of Kelly’s 2008 child pornography trial, with a key video critical to both. 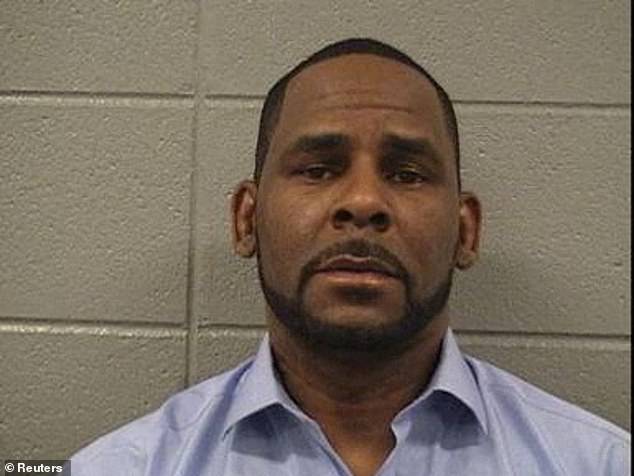 R. Kelly, once a huge name in R&B music, has been convicted of child pornography charges. He is pictured in his March 6, 2019 booking photo 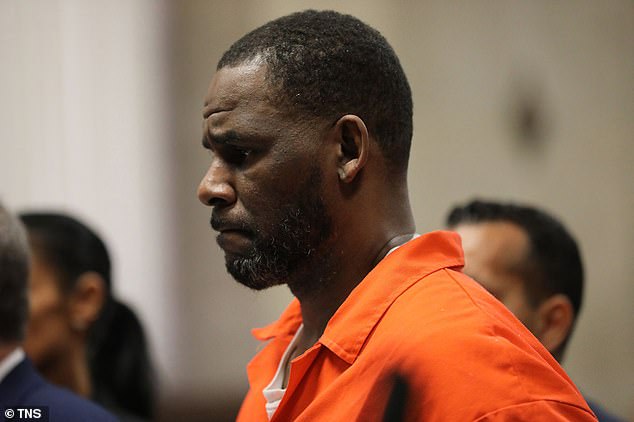 Kelly is seen during a heading in September 2019 in Chicago

The legal challenges for Kelly – who rose from poverty on Chicago’s South Side to become a Grammy-winning superstar – are not yet over.

Two further trials are pending; one in Minnesota and another in state court in Chicago.

Kelly, who is known for his smash hit I Believe I Can Fly and for sex-infused songs such as Bump n’ Grind, sold millions of albums even after abuse allegations began circulating in the 1990s.

Widespread outrage emerged after the #MeToo reckoning and the 2019 docuseries Surviving R. Kelly.

The jury deliberated for about 11 hours over two days.

Early on Wednesday, jurors wrote several questions to the judge, at least one indicating the panelists may have been grappling with some of the case’s legal complexities.

One asked if they had to find Kelly both enticed and coerced minors, or that he either enticed or coerced them.

Over objections from Kelly’s lawyer, the judge said they only need to find one.

In closing arguments on Tuesday, Kelly attorney Jennifer Bonjean likened the government’s testimony and evidence to a cockroach, and its case to a bowl of soup.

If a cockroach falls into soup, she said, ‘you don’t just pull out the cockroach and eat the rest of the soup. You throw out the whole soup,’ she told jurors

‘There are just too many cockroaches,’ she said.

In her rebuttal on Tuesday, prosecutor Jeannice Appenteng told jurors to remember the girls and women who have accused Kelly of abuse.

‘When you are in the quiet of the jury room, consider the evidence in light of who is at the center of this case. Kelly’s victims: Jane, Nia, Pauline, Tracy and Brittany,’ Appenteng said, referring to five Kelly accusers named in charging documents by pseudonyms or their first names.

‘And ladies and gentlemen, what R. Kelly wanted was to have sex with young girls,’ she said.

Kelly was convicted of racketeering and sex trafficking in New York in June and sentenced to 30 years in prison.

Bonjean described Kelly as a flawed genius who has been functionally illiterate since childhood and was ill-equipped to navigate his celebrity and growing wealth.

She said that he was abused as a child also deeply affected him.