A 22-year-old British man charged in last year’s hack of Twitter accounts of celebrities and politicians has been arrested in Spain, US officials said.

Joseph O’Connor, a well-known hacker who goes by the name ‘PlugWalkJoe’ online, was arrested by Spanish National Police on a warrant issued by a US federal court stemming from the high profile hack linked to a cryptocurrency scheme.

O’Connor, who is said to be from Liverpool, faces multiple charges in connection with the July 2020 hack of over 130 Twitter accounts, including those of Apple, Uber, Kanye West, Bill Gates, Joe Biden, Barack Obama and Elon Musk. 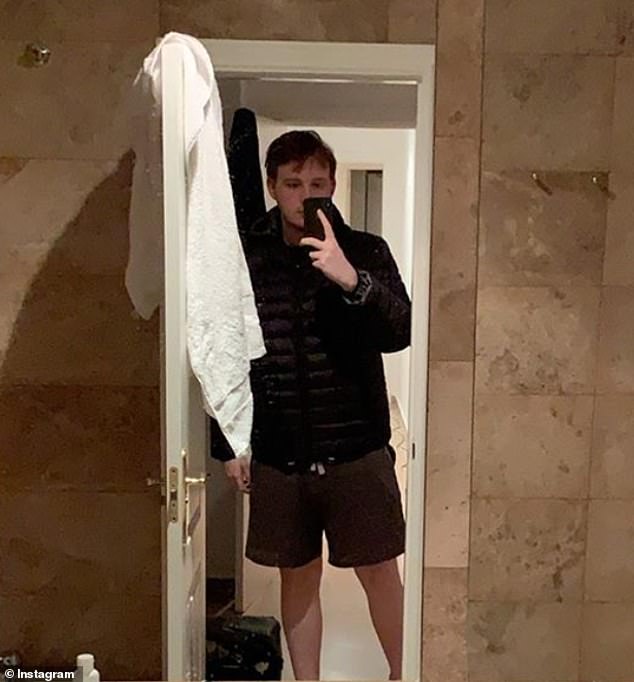 Joseph O’Connor, 22, has been arrested in Spain over last year’s hack of Twitter accounts of celebrities and politicians

The hackers hijacked the celebrity accounts and asked their followers of them to send bitcoin to an account, promising to double their money.

They managed to swindle more than $180,000 out of unsuspecting victims in the process.

O’Connor has previously denied being behind the Twitter hack and told the New York Times: ‘I don’t care – they can come arrest me.

‘I would laugh at them. I haven’t done anything.’ 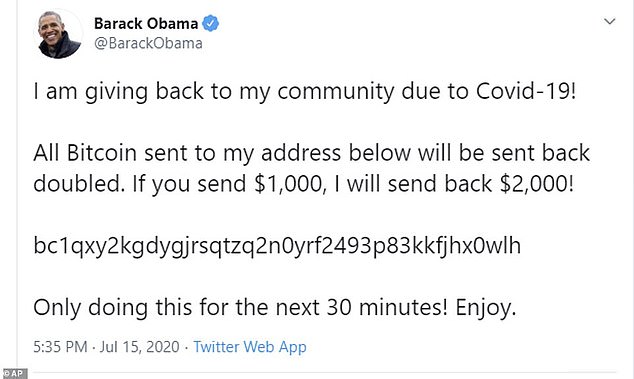 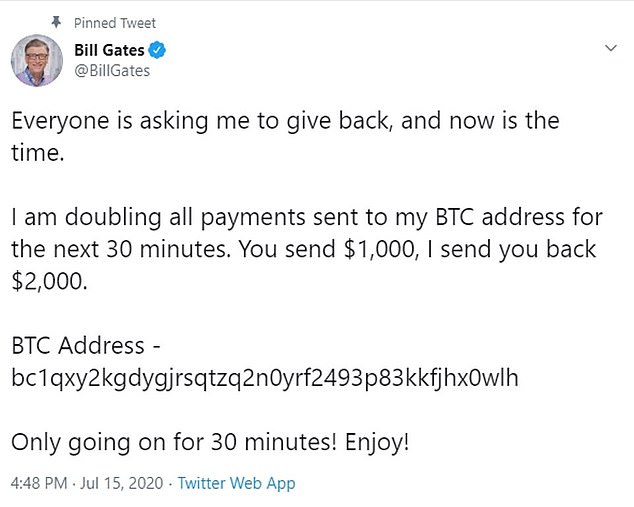 The scam saw hackers ask followers of them to send bitcoin to an account, promising to double their money

Earlier this year the Florida teenager accused of masterminding the attack was sentenced to three years in juvenile prison in a plea agreement.

Graham Ivan Clark, 18, described as the mastermind of the July 2020 ‘Bit-Con’ worldwide hack, was sentenced to the maximum allowed under Florida’s Youthful Offender Act.

Clark was 17 when he was charged, and his case was transferred to a Florida state court because of his juvenile status.

According to authorities, Clark used his access to Twitter’s internal systems to take over the accounts of several companies and celebrities and used a combination of ‘technical breaches and social engineering,’ netting some $100,000.

A tweet that appeared on Tesla founder Musk’s Twitter feed said: ‘Happy Wednesday! I am giving back Bitcoin to all of my followers. I am doubling all payments sent to the Bitcoin address below. You send 0.1 BTC, I send 0.2 BTC back!’

It added that the offer was ‘only going on for 30 minutes.’

Twitter said at the time that the July 15 incident stemmed from a ‘spear phishing’ attack which deceived employees about the origin of the messages.

The hack affected at least 130 accounts, including that of Biden while he was a candidate for president.